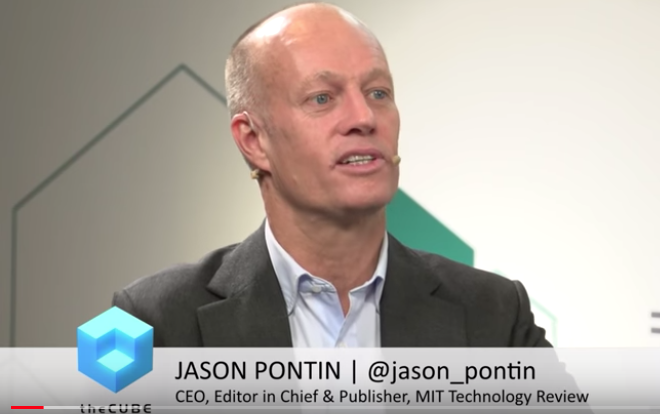 Tech in Silicon Valley has an increasingly troubled relationship with free speech.

Tech writer and former editor Jason Pontin recently gained attention because he was quoted no less than nine times in Google’s leaked “The Good Censor” memo. Pontin, who previously served as Editor in Chief and Publisher of MIT Technology Review, is now arguing for “a little less goddamn talk altogether.” He also argued that one of the reasons why he wants to limit online speech is it’s too democratic and “people are terrible.”

In his Wired magazine piece “The Case for Less Speech,” Pontin lamented his former pro-free speech position. He explained that, “for a long time, I was a free-speech maximalist — someone who believed humanity needed as much free speech it could bear … I was wrong. ...”

He mentioned MIT Prof. Justin Khoo, whose “discursive tolerance” approach to this issue is similar to the censorius initiatives now becoming increasingly popular in Silicon Valley’s major tech companies. Justin defined it as “behavior that aims to impede the spread of these views without rationally engaging with them, for instance, by protesting, shaming, no-platforming, and voicing counter-narratives.”

To his credit, Pontin acknowledged that what is offensive or “harmful” rhetoric is completely subjective. “‘Harm,’ unless put in a small, airless box, will tend to grow to mean anything contrary to the interests of the powerful,” he wrote.

If the metric of what speech is banned is personal offense, then what speech is or isn’t allowed will be based entirely on who is acting as judge at the time. Pontin tweeted that he believed “the fundamental problem with [T]witter is its democratic flatness. It gives everyone a voice, and people are terrible.” The issue with censorship then, would be the fact that the censors are just as capable of being “terrible” as anybody else.

“Human beings en masse don’t behave very well. They particularly don't behave very well if there aren’t clear rules, and especially if speech is unaccountable, consequence-free, and in many cases anonymous. What happened on these networks is that, in the absence of rules and consequences, everyone has behaved maximally badly.”

The issue here is that Pontin has an abysmal view of general humanity, while indulging in a glowing worship of his own profession. Among his deleted tweets which can still be read via MuckRack, he displayed clearly biased sentiment about the virtue of journalists: “Scientists and the press are the knights of the reality based community. Reality herself has a way of coming to our rescue,” he argued.

But even Pontin has acknowledged that the staff of tech companies aren't angels, and are just capable of tribalistic bias as anybody else. He confessed, “[Social media companies] should’ve been able to articulate a principle-based approach that was fairly applied to everyone, regardless of their political viewpoints… but they’ve really failed to do so... And as revelations have come out, they’ve come to seem not only inconsistent, but misguided and sometimes actively dishonest.”

As Pontin closed his piece, he acknowledged that he chose the nuclear option towards free speech. He said, “I don’t want speech to be less free, exactly. I want less speech absolutely and I want what is said to be less destructive. Less speech is more. Less speech, more coolly expressed, is what we all need right now—a little less goddamn talk altogether.” Ultimately, Pontin said he believed the solution to the issue of “harmful” speech online would be to give less people access to it. Yesterday he tweeted ”We’ll have to have a little less speech. Come on, it will be good for us.”

Google relied on Pontin to help determine its attitude towards free speech online. So his approach to it is troubling to say the least.