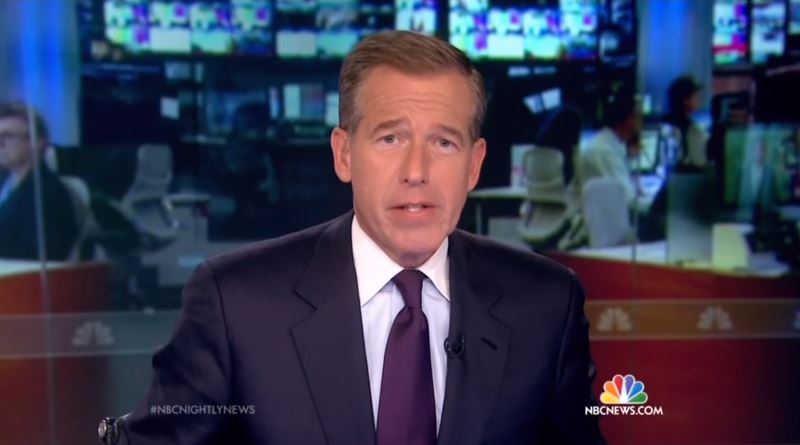 According to a new Vanity Fair exposé on the troubled NBC News, the Brian Williams scandal appears far from over as additional examples of fabrications by the suspended NBC Nightly News anchor have been uncovered and it’s unknown whether Williams will return to the network.

Inside Bryan Burrough’s 8,400-word plus piece, he reported that the investigation into Williams’s numerous claims “is ongoing” and “people who have spoken to Esposito say his group has compiled a number of other incidents that, taken as a whole, paint a portrait of Williams as a man who has consistently burnished his stories.”

Even though Williams both “accepted responsibility for his actions” and his six-month-long suspension, Burroughs cited “friends” of Williams who described him as “bitter, especially at those who he believes might have saved him.”

Further, when forced to craft an apology to viewers prior to the February 4 Nightly News, Williams was said to be struggling to explain his actions to the frustration of NBC News President Deborah Turness and even floated the possibility of having suffered “a brain tumor” in attempt to explain his lies:

“He couldn’t say the words ‘I lied,’ ” recalls one NBC insider. “We could not force his mouth to form the words ‘I lied.’ He couldn’t explain what had happened. [He said,] ‘Did something happen to [my] head? Maybe I had a brain tumor, or something in my head?’ He just didn’t know. We just didn’t know. We had no clear sense what had happened. We got the best [apology] we could get.”

A day later, Williams was said to have “appeared shell-shocked” in a meeting with Turness, NBC Universal CEO Steve Burke, and fellow executive Patricia “Pat” Fili-Krushel at his New York City apartment with one source declaring that he still “was having a tough enough time coming to grips with the idea that he had gotten it wrong in the first place, slash misrepresented it, slash lied” and wasn’t anywhere near capable of helping to explain “what happened 12 years ago.”

>> Find all of NewsBusters‘ coverage of the Brian Williams scandal here <<

The investigation also touched on Williams’s disdain for hard news topics such as politics and investigative article [emphasis mine]:

One might expect that, in the wake of Williams’s suspension, his colleagues would be brimming with stories of other fanciful tales he told. That’s not the case. There are a few tales, it’s true, but when asked for the unvarnished truth about Williams, the two topics people at NBC News return to again and again are these: his prowess as a bureaucratic infighter and his limited interest in the kind of “heavy” news topics and investigative pieces that had long been championed by such NBC stalwarts as Tom Brokaw and Tim Russert.

“What always bothered Tim was Brian’s lack of interest in things that mattered most, that were front and center, like politics and world events,” says a person who knew both men well. “Brian has very little interest in politics. It’s not in his blood. What Brian cares about is logistics, the weather, and planes and trains and helicopters.”

“You know what interested Brian about politics?” marvels one longtime NBC correspondent, recently departed. “Brian was obsessed with whether Mitt Romney wore the Mormon underwear.” (A supporter says that this characterization is unfair and that Williams reads deeply and broadly, especially about history and politics.)

Additionally, Williams’s long-simmering contempt for predecessor Tom Brokaw saw numerous mentions in the piece, including this tidbit about who Williams has reportedly blamed for his demise: “I talked to Brian about this,” says one friend, “and I’ll never forget what he said at the end. He said, ‘Chalk one up for Brokaw.’”

The Vanity Fair investigation comes as it was revealed Tuesday morning that ABC’s World News Tonight with David Muir beat NBC Nightly News in total viewers for the week of March 30 and marked the first time in just over five and a half years (288 weeks) that NBC’s evening newscast did not finish in the top spot.