It’s not every day you see pop stars expressing even remotely any interest in the Catholic Church. Seems Britney Spears is a trailblazer in that regard, but she found herself frustrated that she could not get married in a Catholic Church to Sam Asghari because she’s “not Catholic,” as CNA reported August 4.

Spears, in a now-deleted Instagram post, showed a random couple getting married in St. Monica Catholic Church in LA, saying in the caption, “This is where I originally wanted to get married during COVID. I wanted to go every Sunday…Then 2 years later when I wanted to get married there they said I had to be catholic and go through TEST!!! Isn't church supposed to be open to all???” 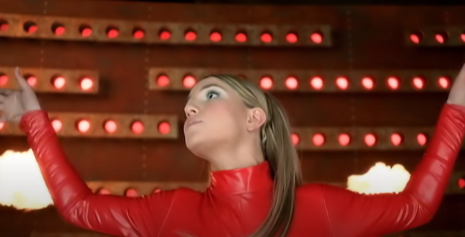 Well, nobody ever bought one of her albums because she was well-informed.

To be clear, Spears was raised southern baptist, according to CNA, although many of her family members are Catholic, like her mother, her sister, and her nieces. Additionally, there are four requirements to get married in a Catholic church, as explained in a tweet.

4 main requirements for a wedding to take place in a Catholic church:

1. The man &/or woman is Catholic.
2. Neither has impediments (married to another, etc.).
3. Both intend what the Church does (permanent, exclusive, open to kids, etc.).
4. They plan to raise kids Catholic.

And let’s just say that she meets exactly zero of those requirements.

Schneider wants to clarify that, “The Catholic Church is open to all, but for many to have a wedding in a Catholic church requires becoming Catholic & agreeing to Catholic teaching.”

Britney Spears in 2021 declared in a deleted Instagram post that, “she is Catholic and attends Mass. Spears has repeatedly posted prayers, including the Hail Mary, on social media. Her Instagram bio reminds people to ‘Pray Every Day,’” according to CNA.

In terms of Britney, he said, “It is not clear from public information what Britney Spears' canonical status is… She was baptized a Baptist; then in 2021 she stated she was Catholic, but now she says she can't get married in a Catholic church because she is not Catholic.”

Simple right? Well, I guess Spears never got the memo.