Black Lives Matter and other irresponsible radicals started a braindead campaign to ‘defund the police’ across the nation in response to the killing of George Floyd. Minneapolis felt the brunt of it, as its city council took $1 million from the police. Now some residents are taking matters into their own hands, as Lowry Hill raised $210K to fund extra police patrols, said The Daily Mail July 22. 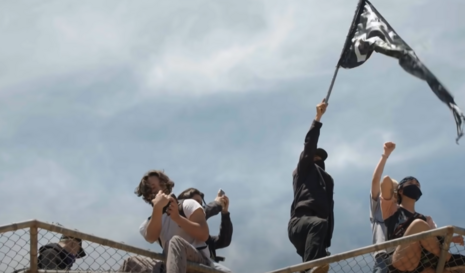 The Lowry Hill neighborhood in Minneapolis is largely wealthy, with 40 percent of residents earning six figures. The neighborhood requested additional police presence amid as crime rose by 18.5 percent over a year, according to The Mail. Residents are donating $220 dollars a month over six months in order to keep their community safe.

The Minneapolis Safety Initiative, created in the wake of BLM’s rioting, seeks to be a “temporary measure to address the current crime wave while MPD continues to rebuild to full staffing levels,” according to the article. Officers patrolling Lowry Hill earn $107 an hour for their overtime services.

Makes sense given the circumstances, but it seems that leftist policies are having an ironic effect: rich people can get police protection, while the rest of us get the scraps of a gutted department.

The MPD saw a massive exodus of officers: “The department had 564 active officers as of last month - still nearly 200 less than the charter-mandated 731, which was based on the city's census data” The Mail reported. This is despite the fact that the MPD’s budget “currently operates on a $196 million budget - about $3 million more than two years ago.”

MPD says the program, “help police target crime trends and hotspots.” But others have concerns that this protection is only for the rich and leaves others in the jaws of criminals.

It seems the left’s demands are coming back to bite them. Now, there’s more criminality and danger for the rest of us, while the rich are able to protect themselves by paying up front.

This would seem like ironic justice, but real people will be hurt from the city council’s folly and pandering to liberal dogmas. The left’s desire for equality has only wrought inequality. Go figure.