Not Gay Enough!: Pink News Chastises Thor For Not Being ‘LGBTQ+ Love Fest’

Progressives love to put any new Hollywood release under a microscope and see if it meets the mandatory woke standards for media. Pink News was expecting Thor: Love and Thunder to be a lot gayer, and complained as much in an article published on July 6.

Pink News’s sky-high gay expectations for the flick weren’t completely unfounded, as Natalie Portman claimed that the movie would be “so gay.” The Director Taika Waititi also said it was “super gay.”(That’s a good thing, in case you’re confused.) Despite these proclamations, Pink News was shocked to see that it simply wasn’t gay enough for its discerning tastes, and the “LGBTQ+ storylines are few and far between.”

However, while not gay enough for Pink News, the film did include LGBT themes, such as Korg, a character in the film, being a “part of the LGBT community and Tessa Thompson’s character Valkyrie being “canonically queer.” 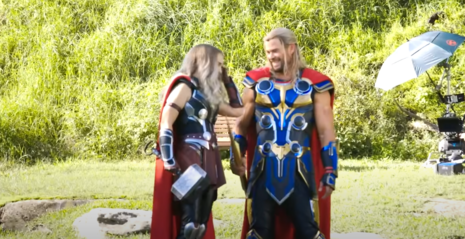 Thompson even said that it was important, “not to hang the character’s hat solely on her sexual identity just because she’s a queer character.” Couldn’t agree more, but that seems to be the routine with Hollywood. They want you to know for absolute certain that a character is gay, so that you might ingest more propaganda.

Ironically enough, it seems Pink News wants gayness in movies to be caricature, even if the people working on it wanted to actual put writing effort into it.

Pink was promised a turbo-queer movie, and it doesn’t like it one bit when its only mildly gay.