May 26 is the feast of the Ascension of Jesus Christ, an important day for Christians. May 25, however, has far more theological significance to lefties. It’s the anniversary of the death of George Floyd, their most sacred martyr to the BLM cause. 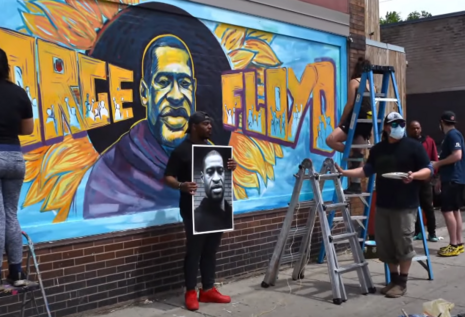 Barack Obama was keen to mention it on May 25 in his tweet about the recent Uvalde shooting, where he expressed that while we should take our time in mourning this great tragedy, that the following day was especially important in remembering Floyd. He says it was a call to activism to take organized action.

As we grieve the children of Uvalde today, we should take time to recognize that two years have passed since the murder of George Floyd under the knee of a police officer. His killing stays with us all to this day, especially those who loved him.

It is especially poignant and repulsive that while the nation's soul is still reeling from the tragedy in Uvalde, that the liberal establishment and their foot soldiers were quick to remind us of their faux religious observance. Joe Biden predictably used this occasion to pass new federal police laws. The left wants to glorify Floyd, a drug-addicted felon, as a martyr of the revolution, and no national tragedy will give them pause. Their glorification already resulted in rioting in the streets, burning of buildings and weakening of the police’s ability to protect citizens.

Two years on, the murals and commemorations of Floyd persist in major American cities, with Minneapolis naming an intersection after him on May 26. Their commemoration is borderline idolatry and they’ve dedicated many works of art to him. The woke establishment will never let us forget the grave sin that America committed against Floyd and all African-Americans. They have and will continue to use his death as a national day of remembrance, and a catalyst for leftist legislation that seeks to undermine the police and our nation.

It is troubling that the left has signaled to the nation that they wish to make the anniversary of George Floyd’s death something of an observance. It’s the newest weapon in their arsenal. When the news cycle gets dry and the time comes around next year, you should know what to expect from the media.