While some media critics have stressed the importance of accurately representing minorities and LGBT folks on entertainment TV, there’s a whole other subset of America that isn’t being portrayed with the nuance it deserves: veterans. 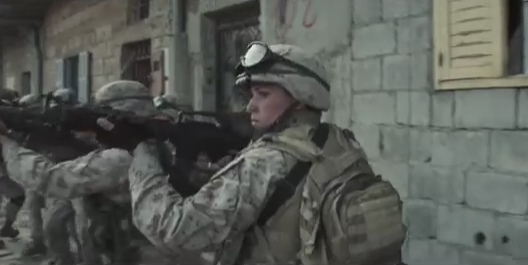 In an op-ed for The Hollywood Reporter, former MTV Films Executive David Gale argued that Tinsel Town can do much better by “empowering the storytellers who have served.” The son of a veteran, Gale is the co-founder of We Are the Mighty, a group that works to produce military-themed content and promote more authentic representation of the military in the media.

While films like 1946 classic The Best Years of Our Lives did an excellent job reflecting the authentic struggle of veteran transition to civilian life, Gale opined that today’s Hollywood “rarely gets it right.”

Although post-military adjustment is depicted on screen, the entertainment world “often resort[s] to stereotypes and common tropes to portray veterans as either dysfunctional misfits or larger-than-life heroes.”

When American Sniper came out in 2015, the response was mixed. Most of the military community was moved and inspired, while many in the media denigrated Chris Kyle. Some attacked him as a “coward,” a mass-murderer and a “psychopath patriot.”

In NBC’s Superstore, character Glenn questions the hero status of vet, declaring: “Maybe he was one of those veterans that, you know, shot up a village of innocent people. Lot of folks snap under the fog of war.”

This biased representation of the men and women who protect our country is unacceptable. Furthermore, it alienates American military families.

“War and homecoming are undoubtedly part of the American experience,” Gale explained, “yet according to a study conducted by the Institute for Veterans and Military Families at Syracuse University, 84 percent of post-9/11 veterans believe that the American public has no understanding of the difficulties facing this current generation of veterans and military families.”

But Gale has a solution to this representation problem: involving more military folks in the production of content.

“Making sure veterans have more opportunities to play meaningful roles in entertainment and media is the best way for us all to begin to have some understanding of our military community and the challenges they face,” he concluded. “In a time of perpetual conflict, in which so few are asked to do so much for so many, getting veterans right is also good for our country.”