Commencement addresses from presidents and vice presidents are newsworthy, but what the networks choose to focus on differs wildly based upon whether the individual is liberal or conservative.

Despite the controversy surrounding President Obama’s commencement speech at Notre Dame University in 2009, the networks focused heavily on the content of his remarks. Not so for Vice President Mike Pence, who delivered this year’s May 21, keynote. While ABC correspondent Amy Robach briefly mentioned the subject he discussed – the suppression of free speech on campus – the other networks focused solely on the dozens of students who walked out of the address in protest. 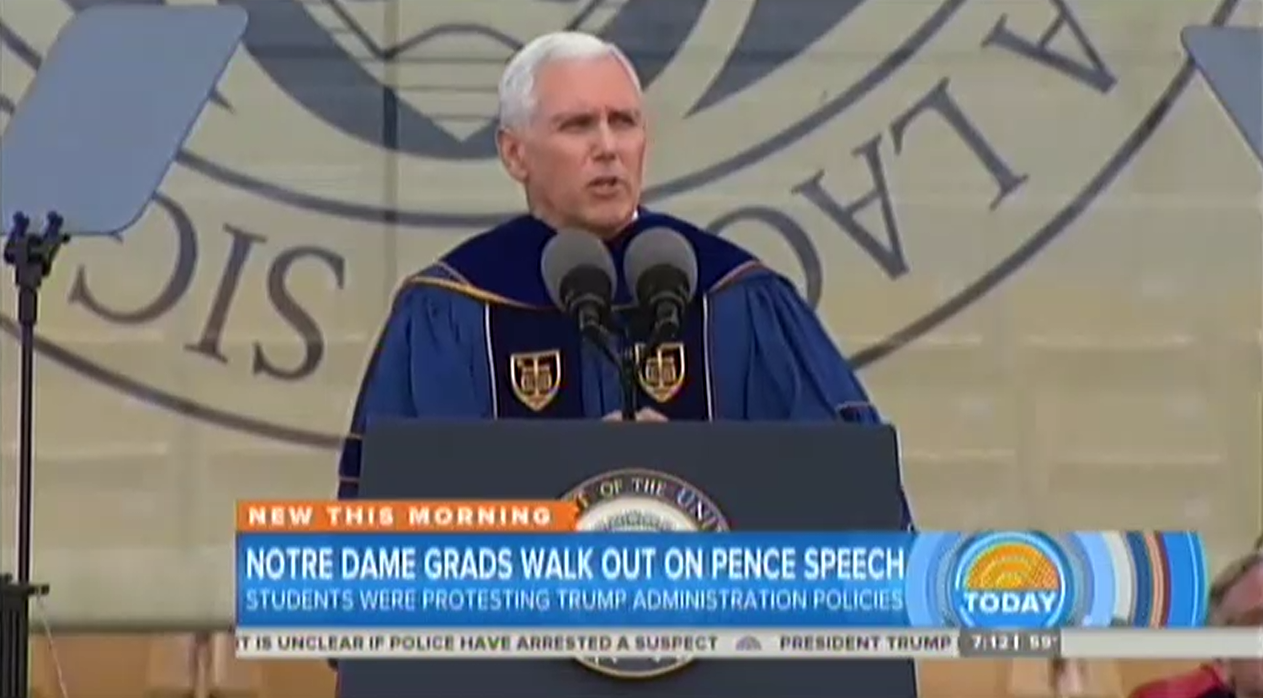 This stands in stark contrast to the networks’ coverage of President Obama as the institution’s 2009 speaker.

Unlike the scant coverage of the content of Pence’s address, the networks applauded Obama’s speech, in spite of the fact that his pro-choice views stood in stark contrast to Catholic doctrine. All eight network stories that covered Obama’s address quoted his words or referenced the content of his speech, which touched on moderating the tenor of the abortion debate.

At the time, NBC interviewed Georgetown University’s Father Thomas Reese, who opined: “Most of the people I’ve talked to wonder what’s the fuss? I mean, he’s the president of the United States. Universities are supposed to be places of debate and conversation.” 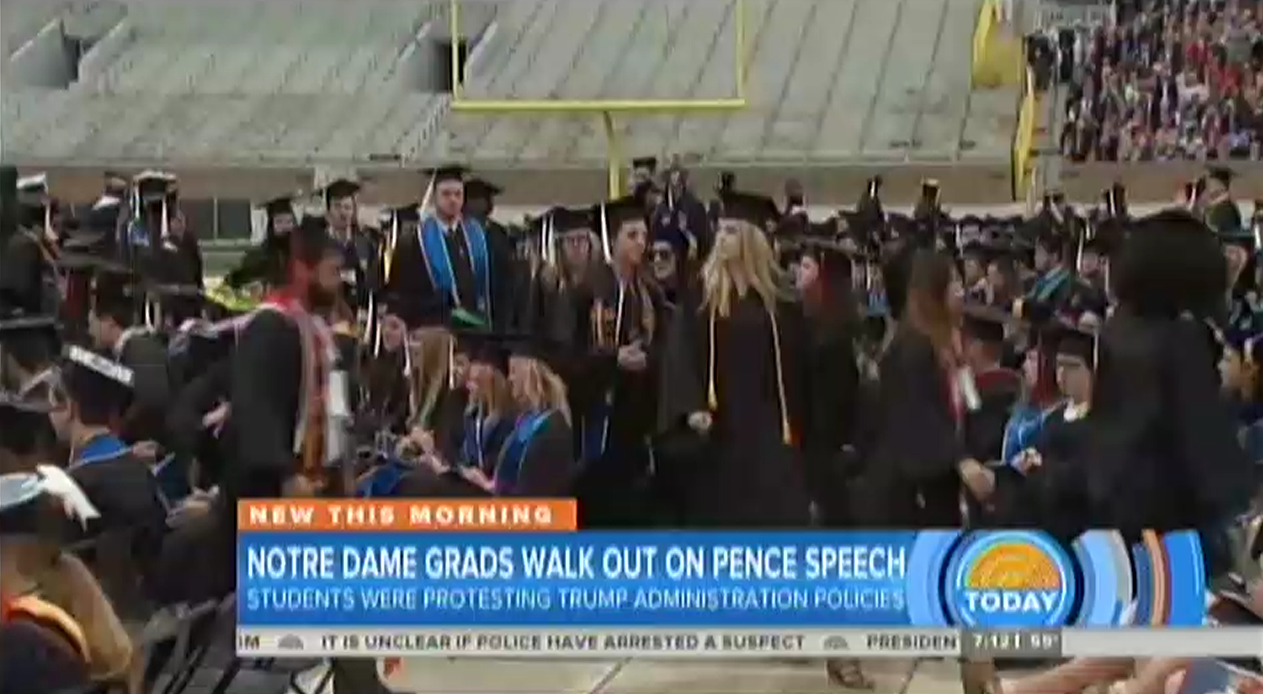 True, they are. But as Pence stressed in his speech, universities are not living up to this calling.

"In today's commencement speech at Notre Dame, Vice President Pence gave a robust challenge to the growing intolerance that is sweeping across college campuses and the broader culture,” commented Maureen Ferguson, Senior Policy Advisor with The Catholic Association.

“He praised the university for its commitment to the freedom of speech, freedom of religion, and the sanctity of life. The Vice President encouraged graduates to bring into their professions a commitment to civil dialogue and to remain true to their faith, trusting that God has an extraordinary plan for their lives.”

Unfortunately, people watching the networks didn’t ever hear that.