Although the Trump administration's new healthcare bill has yet to pass the Senate, Hollywood stars have already vowed revenge on the GOP.

On Thursday afternoon, the House voted narrowly (217 to 213) to repeal Obamacare and replace it with the American Health Care Act. Immediately, celebrities condemned the "felons," accusing them of "entitlement," "fraud" and "hypocrisy." Many urged resistance, while actor Ron Perlman even threatened California's Republican House members.

Read a collection of the worst tweets social media posts below: 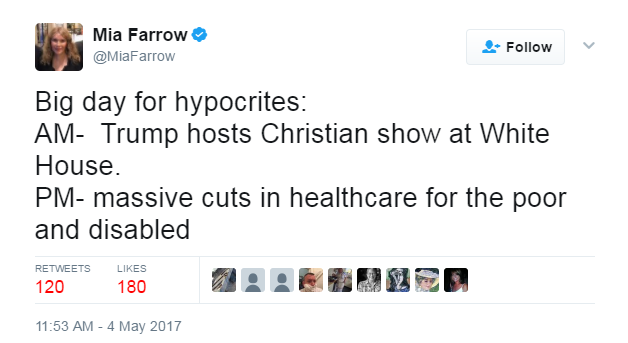 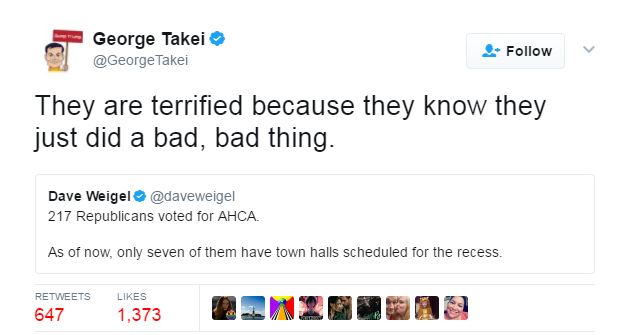 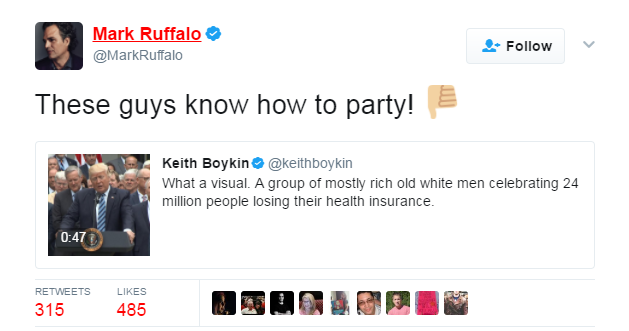 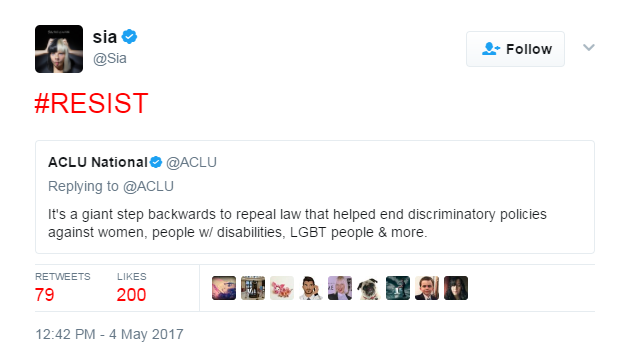 Several celebrities, including Olivia Wilde and Amy Schumer, also sounded alarms over the fact that the AHCA would defund Planned Parenthood. 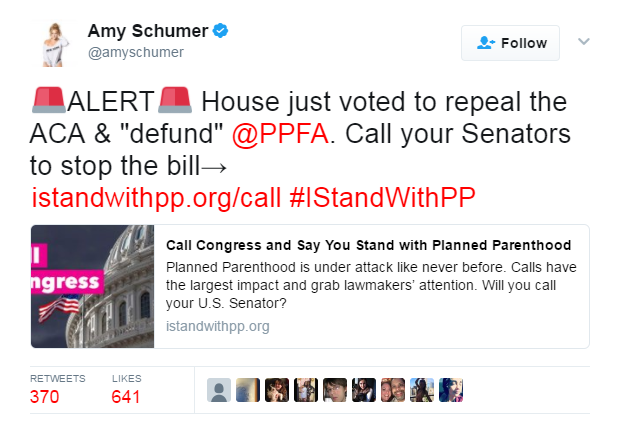