There’s a small community of adults in America who are sexually gratified by wearing diapers, sleeping in cribs and playing with toys. Just when you thought sexual deviance couldn’t get any weirder. 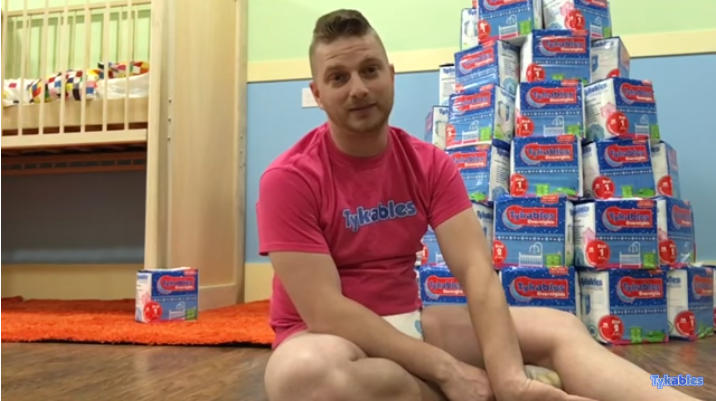 But gone are the days when this group — officially called Adult Baby Diaper Lovers (ABDL) — stayed in the shadows. In fact, Huffington Post Voices Editorial Director Noah Michelson found it worthy enough for a spotlight in his new “Sex Heroes” project, a series “that explores the lives and experiences of individuals who are challenging, and thereby changing, mainstream culture’s understanding of sex and sexuality.”

“It looks very much like a nursery, with oversize baby items, like a seven-and-a-half-foot crib and an oversize rocking horse,” Williams explained. Besides a selection of diapers, Tykables also stocks adult onesies, “snappies” bodysuits and padded briefs. 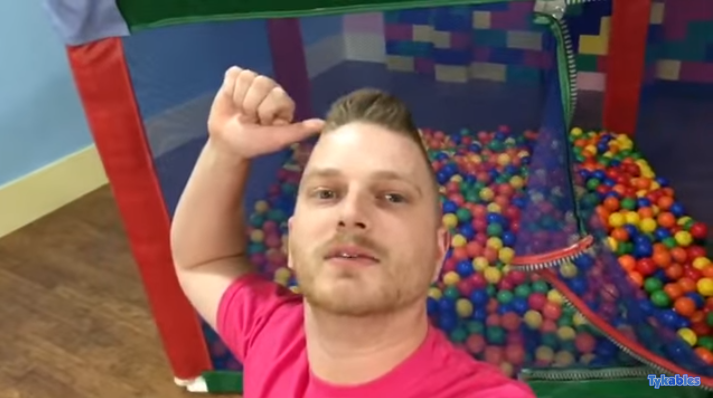 “[ABDL] are aroused sexually, either through role play or from the product itself — the sound, texture or feeling,” Williams explained. But in his opinion, this is not something to be ashamed of.

“Whether you look at it from a fetish aspect or not, a lot of people feel shamed by having sex that is not the traditional,” he continued. “I find that odd. I find it strange that you can feel shame in something that makes you feel pleasure.”

When Michelson asked what Williams would say to those who call the ABDL movement “deviant,” Williams was frank. “The first question I’d ask is ‘where is this coming from?’ because people can be dealing with a lot of internal hate sometimes.”

Or maybe there's something out there called normal? And people expect it?

But Michelson clearly wants to change any conception of "normalcy" through his “Sex Heroes” series. On March 28, he focused on the “queer, fat, femme” community in a piece titled: “Here’s Everything You Need To Know About Fat Sex Week.”

The answer to that really should be “nothing.” But thanks to Huffington Post, now you’ll know way more than you ever wanted to.