Rapper to Trump: ‘Shut Your Punk A** Up Before We Pimp’ Melania

Snoop Dogg recently pulled a gun on Donald Trump in a music video, and, then, his nephew threatened the First Lady. But the networks didn’t mention it. 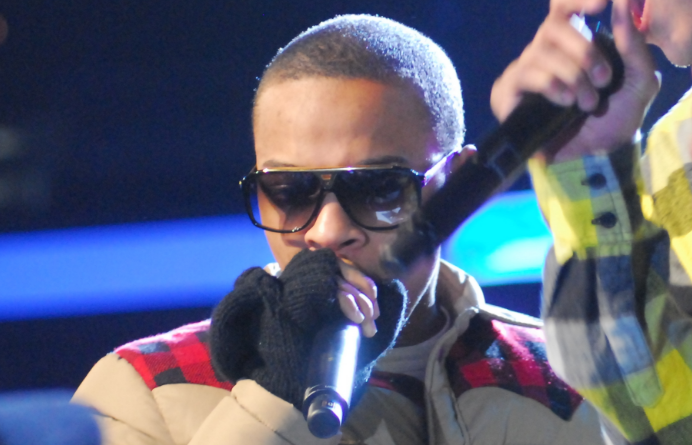 When pop icon and weed aficionado Snoop Dogg recorded his latest music video, he targeted the president – literally and figuratively. But when Trump commented that the same action aimed at Barack Obama would have gotten the rapper in hot water, a Twitter tussle ensued. That’s when Bow Wow – Snoop Dogg’s nephew – got involved.

In a tweet that has since been deleted, Bow Wow threatened: “Ayo @realDonaldTrump shut your punk ass up talking shit about my uncle @SnoopDogg before we pimp your wife and make her work for us.”

Although news outlets called out the New York Times reporter who labelled Melania a hooker in February, there was no major media condemnation of Bow Wow. 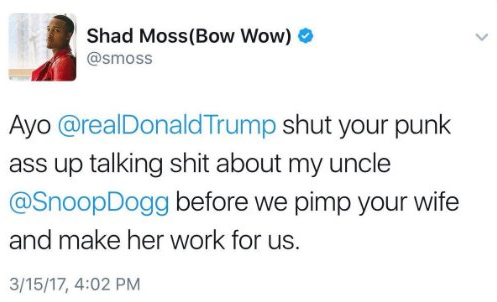 Instead, Billboard reporter Adelle Platon compiled a list of singers who came to Snoop Dogg’s defense.

Hip-hop artist T.I. was one. In a March 15 Instagram post, T.I. went on a vulgar and passionate tirade against the President.

Although rapper Ice-T was “nervous” that Snoop Dogg was “messing with the line,” he concluded: “I roll with Snoop. I thought it was a good video."