Filled with avid Clinton supporters, it is no secret that Hollywood disproportionately targets Donald Trump. Three months ago, an MRC Culture study determined that more than twenty TV shows had attacked him; now, with only three weeks until the election, the count has increased to nearly thirty.

From entertainment programming to late night shows, the Republican candidate has been the fodder for laughs and jabs. Jimmy Fallon jokingly declared that Trump was “the best thing that happened to our show,” while Jerrod Carmichael, co-creator of the The Carmichael Show, opined that “the world won't let you avoid talking” about him. And so, showrunners from every network have tackled the candidate, many attempting to bring him down.

Since MRC Culture’s last report, five new shows have joined the fray while others have continued to serially lampoon the candidate. Some have been inspired by the Access Hollywood tapes and the subsequent spate of sexual assault and harassment allegations Trump is now facing.

Family Guy, which thrives on crude content, chose to caricature the scandal on episode three of season 15. Donald Trump and Billy Bush are joined by the show's protagonist Peter Griffin. Griffin begins by asking, “Hey, you wanna have some locker room talk?” When Trump responds, “I moved on her actually,” Griffin protests: “Whoa, whoa, whoa that’s not locker room talk! I meant like ‘good play,’ ‘good pass,’ like that kinda thing.” Eventually, after further vulgarities from Trump, Griffin comments: “Hey, you ever thought of bein’ President?” 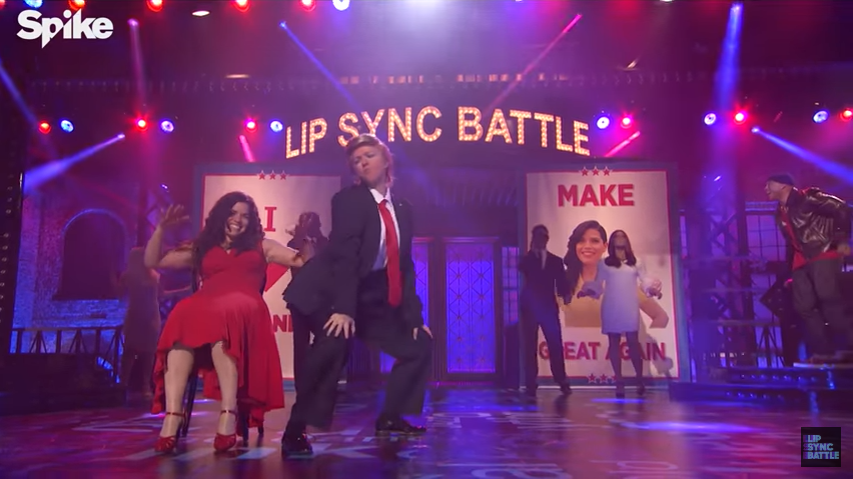 This week, a preview of October 19’s Lip Sync Battle revealed that Trump’s relationships with women would be highlighted in that show too. Actress Amber Tamblyn, who was dressed in a suit, red tie and blonde wig and accentuated with added paunch, performed as Trump lip syncing “I Wanna Sex You Up” to Hispanic actress America Ferrara. On stage were signs reading “I <3 Hispanics” and “Make [Picture of America Ferrara] Great Again.” Both stars have vocally denounced Trump – Tamblyn for his history of harassment and Ferrara for his words about Latinos.

Law & Order: SVU is going further with a whole episode dedicated to an unquestionably Trumpesque politician embroiled in sexual scandal. The air date was strategically scheduled for October 26, although after NBC came under fire for its long-term possession and planned release of the lewd tapes, the network postponed the episode until after the election. 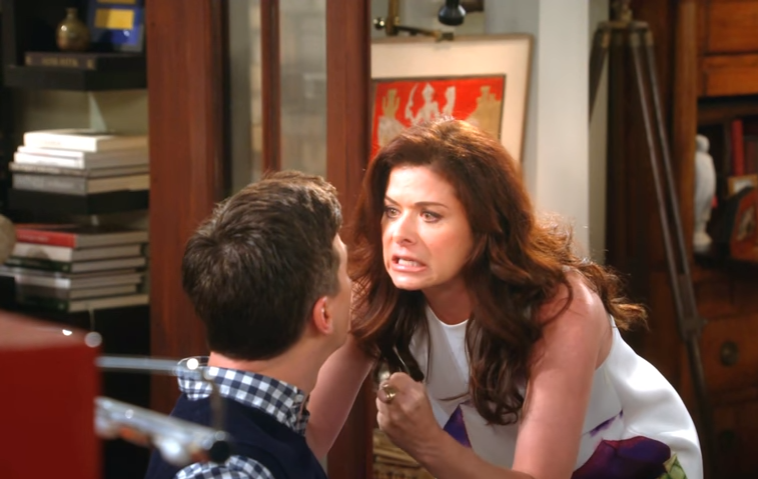 NBC did not practice such restraint with Will & Grace. After a decade off-air, the cast, led by avid Hillary supporter Debra Messing, returned to TV for a short ten minute episode. Thinly disguised as a ten-year reunion, the purpose of the segment was to denigrate Trump and convince viewers to vote for Clinton.

Arrested Development will likely be more subtle. Season five production of the cult classic will commence in early 2017, and Creator Mitch Hurwitz told Entertainment Weekly that he would probably “pull back” on Trump jokes. In season four, which aired in 2013, viewers already saw politician Lindsay Bluth advocating for the erection of a wall between the United States and Mexico. As a result of the fast pace of current events, Hurwitz has decided to cut some of his intended storylines, because, considering their similarity to actual developments, they “might feel like a sketch, like too easy of a parody.”

Hurwitz seems to be rare among producers. Many in Hollywood seem to use any chance at easy parody to further tarnish Trump’s already embattled reputation. Simultaneously, Tinsel Town has been laying the groundwork for a Clinton Presidency for decades.