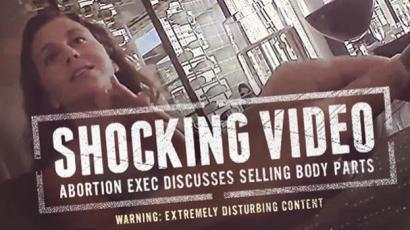 Here’s a nice gift for the tens of thousands of Americans attending the 46th annual March for Life today: A three-judge panel of the of the U.S. 5th Circuit Court of Appeals vacated a Texas judge’s ruling in favor of Planned Parenthood against the State of Texas.

The 5th Circuit ruling does two things: it puts the lie to the Planned Parenthood/media talking points about the infamous 2015 undercover “baby parts” videos being deceptively edited; and even The Washington Post admits it brings Planned Parenthood “a step closer to getting defunded in Texas.”

That’ll keep you nice and toasty during a long day on the National Mall.

The underlying case is simple: Texas wants to stop subsidizing Planned Parenthood ($3.4 million a year) by dropping it from the state’s Medicare program. One big reason is 2015 the undercover sting videos recorded by the Center for Medical Progress that showed Planned Parenthood personnel discussing the selling of aborted fetal body parts. Apparently, running a baby chop shop fails to “meet the medical and ethical standards the state requires.” Go figure. Planned Parenthood backed a suit against Texas by individuals who’d accessed Planned Parenthood services through Medicare.

The Texas judge who ruled for Planned Parenthood did so, according to the Post, because he said the “state health agency made no effort ‘at all’ to authenticate the sting videos.” But the 5th Circuit noted the plaintiffs hadn’t made any effort to “identify any particular omission or addition in the video footage.” And even if they had, an independent forensic firm concluded “the video was authentic and not deceptively edited.”

That should be a blow to the extensive list of media outlets that dutifully repeated Planned Parenthood’s damage control statement about the video. And one conservative, Jerry Dunleavy of Judicial Watch, wasted no time calling them out. 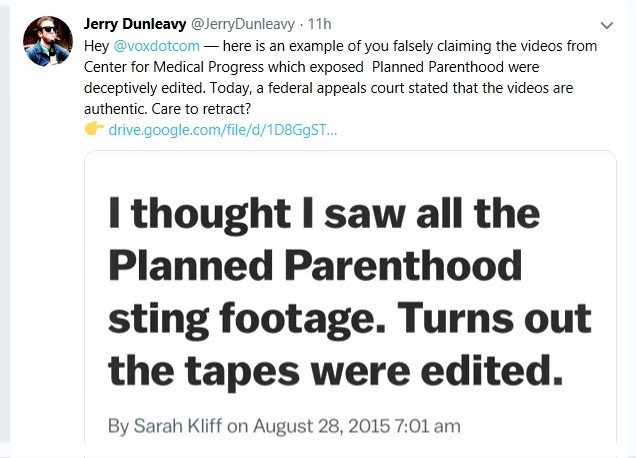 So some justice has already been done in this case. And, as University of Houston law professor Seth Chandler told The Washington Post, there’s a good chance there’ll be more:

To an intrepid March for Lifer, that’s gotta feel better than an Irish Coffee. It’s 33 degrees with a soaking fog in DC today, but the prairie sky is wild and high, deep in the heart of Texas.