The real victim of last summer’s Planned Parenthood videos was StemExpress, according to a new story by the Washington Post. Not, say, the aborted babies picked apart in a dish with tweezers. 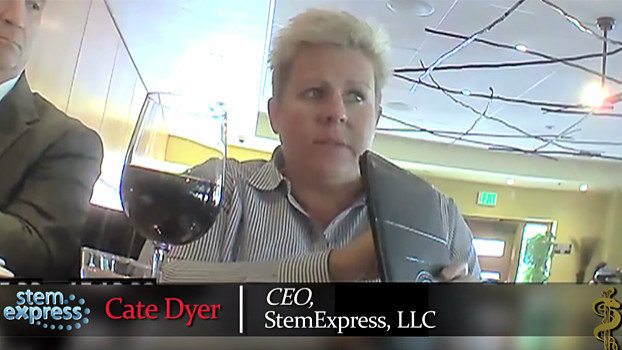 The Post admitted that the videos “shed light on an uncomfortable aspect of a little-known industry” before going on to defend StemExpress.

Now the small company is subject to “loiterers, protesters and death threats” and is undergoing a congressional inquiry, the Post lamented.

In contrast to Rep. Blackburn’s statement, a StemExpress flyer last year quoted a Planned Parenthood doctor as saying the company’s partnership was beneficial and patient confidentiality was completely “secure.”

StemExpress said it lost money by selling fetal tissue to researchers, Paquette reported,  which raises questions about why a for-profit company would provide those services at all.

Ironically, according to the Post piece, some researchers think research involving the tissue of aborted fetuses could  be a cure for the Zika virus, which affects the development of unborn babies.

“We want to accelerate lifesaving research,” chief executive Cate Dyer told Paquette. “That’s what it’s all about. That is my passion.”

Dyer was an emergency medical technician at Santa Barbara Cottage Hospital’s trauma center, where she watched people die every day, spurring her to want to save lives through tissue research, she said.

“I want to be able to focus on saving people’s lives,” she continued, “and instead I have to deal with death threats.”

Dyer’s statement in one video that Planned Parenthood is a high-volume institution spurred House Republicans to investigate the fetal tissue transactions between the companies.

Echoing Dyer, Paquette quoted 27-year-old lab technician Melanie Rose as saying, “This tissue would be thrown away if we didn’t send it to researchers who are truly trying to save lives. I want them to see what I’m doing. That something good can come of it,” at the end of the Post story.

Paquette also dedicated an entire section of her story to how fetal tissue is now scarce due to the videos prompting “chilling effects on research,” thus delaying research that could save lives.

Paquette also spent time trying to explain how StemExpress paid Planned Parenthood $55 per tissue sample but sold them for a flat fee of $595, saying each cost $732 to prepare.

Along with numerous other media outlets, The Washington Post has been defending the Planned Parenthood videos from the very beginning.