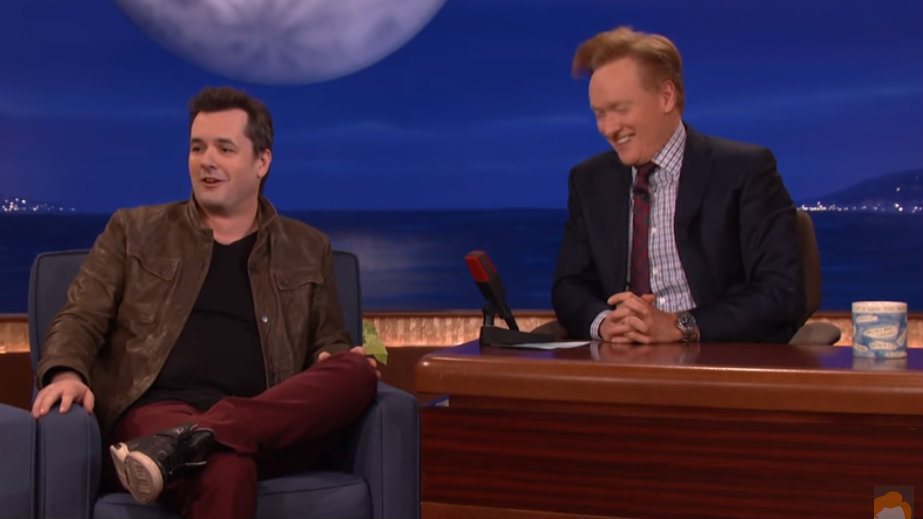 Jim Jefferies’s Australian homeland implemented nationwide seizure of 650,000 guns. He’d love to have that in the USA.

On Monday, late show host Conan O’Brien invited the Australian comedian on to the show for a gun-control love fest. Jefferies originally made waves when he went on a 14-minute anti-gun stint in his 2014 Netflix show Bare. Every time there’s another mass shooting, that video resurfaces, helping to make Jefferies the face of gun-control in the comedy world.

He told Conan that he said “common sense things” in that video. Common sense things like comparing the 2nd amendment to slavery. His common sense could use a little help though, because the “right to bear arms” has nothing to do with human bondage.

He also praised Australia’s 1996 federal gun confiscation for eliminating mass murders Down Under, and wondered why Americans don’t pass something similar. Again, Jefferies’s liberal version of “common sense” failed him. Immigrants smuggling in guns from elsewhere isn’t much of a problem for a country that’s, oh, an island.

He also quipped that the only legitimate argument anyone could ever have for owning a gun is because they just like guns. Not self-defense or hunting or any other nonsense like that.

Conan himself is also a gun-control lefty. Following the Orlando shooting, he called for a ban on “weapons of war.” He also signed Billboard magazine’s gun-control petition. So his show was a natural platform for Jefferies to continue mocking those who believe gun ownership should be protected.

In response to people who fear a little bit of gun control will lead to a full-on ban, Jefferies said “America, you already have gun-control. You already have it. We’re just asking for a little bit more, like terrorists can’t buy guns.” Of course, that meant people on the Terror Watch List who have not actually been convicted of anything.

Jefferies’ newest Netflix show, Freedumb, aired July 1. In it, in addition to talking more about guns, he joked about rape and explained why he refuses to marry his girlfriend (whom he has 3-year old son with). He also claimed that Donald Trump’s Muslim ban will effectively be an ISIS recruitment tool and that “our fight in this world is not against Islam, it’s against religion.”

Watch his segment on Conan here: