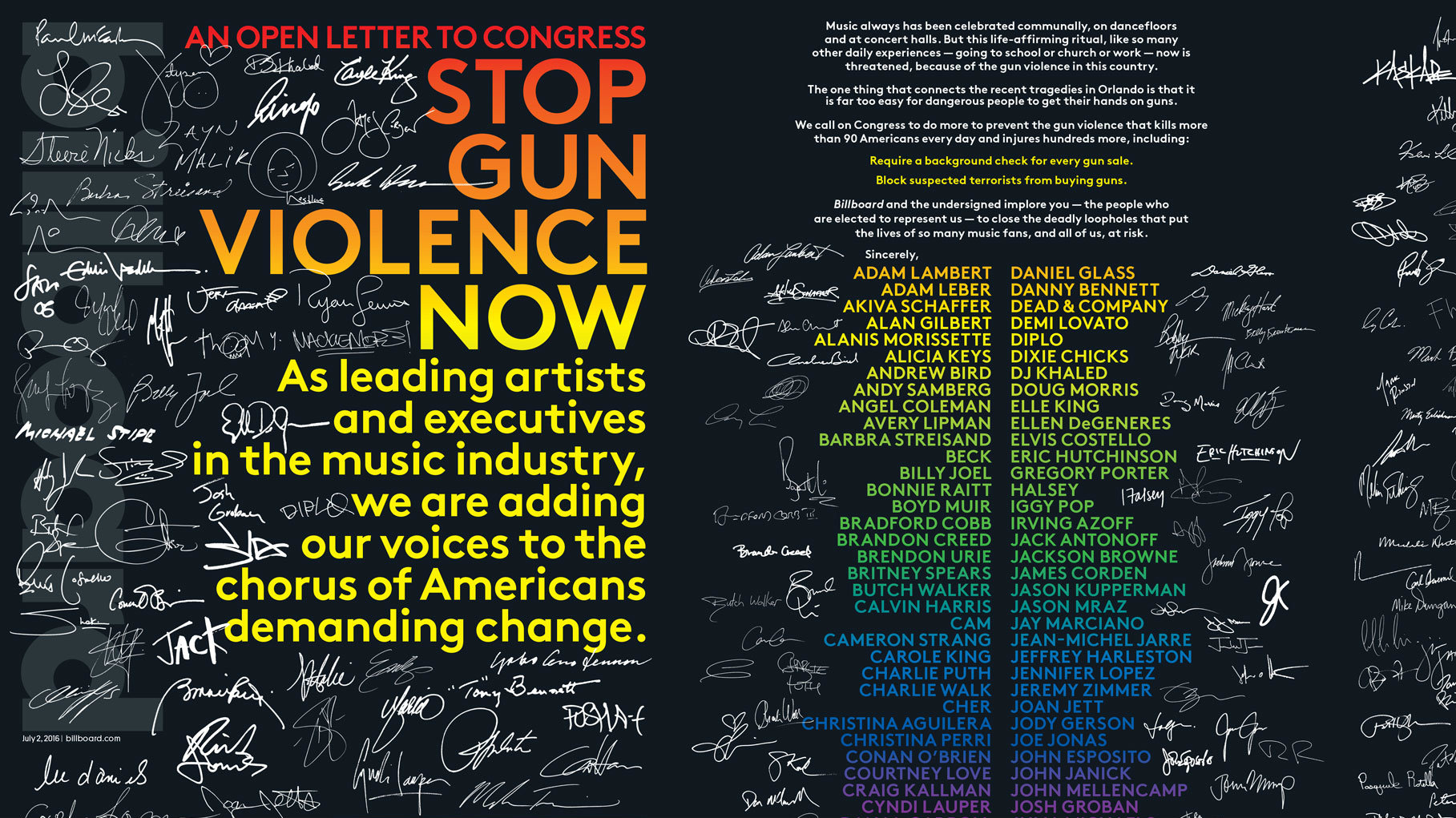 Congress can’t stop the actions of crazy mass murderers, but Lady Gaga’s signature on a magazine cover sure will.

In the latest chapter on Hollywood’s outreach to the low information masses, Billboard music magazine collected the signatures of over 180 music industry leaders who support tighter gun-control, or in liberal speak a “sane and safe end to gun violence.” This petition will grace the cover of the July 2nd issue, along with an open letter to Congress.

The letter is supposed to “implore you – the people who are elected to represent us – to close the deadly loopholes that put the lives of so many music fans, and all of us, at risk.” Maybe the magazine hopes that a singer willing to wear a dress made entirely out of meat will intimidate Republicans into compromise.

Earlier this year, a number of actors and actresses signed a separate petition calling for gun-control. Liam Neeson, who has appeared in 20 different films brandishing a gun, and Jamie Foxx, star of super bloody and violent Django Unchained, were among those who put their names on that anti-gun list.

Last week, People magazine played their part by trying to instruct its readers on how they could participate in the gun-control movement, helpfully listing the contact info for all 535 Congressmen. Right in between spreads about Kim Kardashian’s diet secrets and this summer’s top trending bikinis.

The entertainment industry has reached a new low when People is the most “academic” publication. They at least took the time to dedicate a whole article to why guns are evil. Billboard must not think its readers are quite as literate, however, because there’s no mention of guns beyond the front cover.

Leave policy to the politicians and music to musicians. Politicians singing on YouTube are proof that the two don’t mix.