Although many high-profile figures have simply offered their prayers and condolences in the wake of this weekend’s tragic event in Orlando, plenty of gun-control crazy celebrities and politicians have predictably continued their anti-gun rhetoric. Monday night, Conan O’Brien used his platform to call for banning all assault rifles. 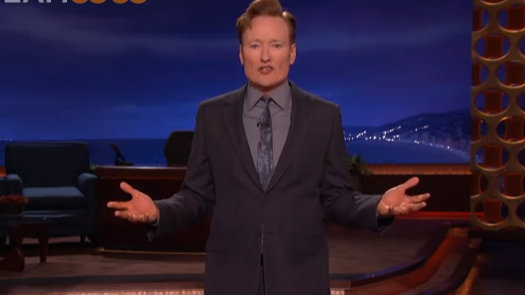 In what may be the only logical statement in his monologue, O’Brien stated that “I am not a pundit, I am not an expert and I've always, always made it a policy to stick to my job, and keep my opinions to myself.”

The accuracy ends there. He next said that “I simply do not understand why anybody in this country is allowed to purchase and own a semi-automatic assault rifle. It makes no sense to me. These are weapons of war and they have no place in civilian life.”

Remember when Conan said he wasn’t an expert? If he were, he’d know that assault weapons, such as the oft-demonized AR-15, are not weapons of war. They are designed to look like military weapons due to their ergonomic design, but lack the automatic capabilities. The only difference between the AR-15 that the media loves to hate and a common ranch shotgun is how they look.

Not to mention that recent reports show that the Orlando shooter didn’t even use an AR-15 rifle.

But for anti-gun Lefties, factual accuracy is less important than demonizing anything that offends them.

Show host O’Brien went on to explain that he has “tried to understand this issue from every side.” Since he doesn’t even know what an assault weapon is, that’s doubtful.

O’Brien isn’t alone in his gun ignorance. NBC’s Peter Alexander also spouted the narrative that these rifles are “weapons of war,” quickly citing their frequent use in mass shooting.

O’Brien ended his opening segment by saying that “I wanted to take just a moment here tonight to agree with the rapidly growing sentiment in America that it's time to grow up and figure this out.”

Like finally figuring out that inanimate objects like guns don’t shoot 50 people on their own, but Islamic terrorists do? Wouldn’t that be nice.