‘Simpsons’ Creator Chants ‘Lock Him Up’ at Trump, Sneers At Republicans

The Simpsons Creator Matt Groening led Comic-Con in an anti-Trump chant – and the liberal media loved it. 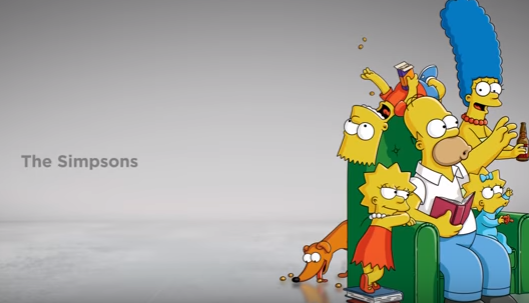 HuffPost reported July 22 that Groening led “hundreds of fans in a rousing chant: ‘Lock Him Up!’” The chant mimicked the “lock her up” chant Trump supporters had regularly chanted about Hillary Clinton. Both HuffPost and Yahoo News also noted Groening’s general attitude toward the president. The Simpsons had made a joke about Fox News many viewers might find offensive, that the network was “not racist, but No. 1 with racists.”

The Hollywood Reporter, Washington Post, The Independent, and New York Daily News quickly reported on the chant, as well as Groening’s relationship with 21st Century Fox.

Like much of today’s entertainment media, The Simpsons has made it a point to treat President Trump as a regular punching bag. HuffPost mentioned that the show has “trolled Trump with segments showing him being visited by Nixon’s ghost and made fun of his first 100 days in office.”

If The Simpsons does intend to reflect American society at large, a little perspective is in order. According to a recent Quinnipiac poll, a majority of Americans believe President Trump “did nothing wrong” when it comes to his alleged “dealings” with Russia. And in light of the fact that Fox News was, in 2016, the most watched news network, most might find Selman’s comments misguided and even offensive.

Liberal entertainment media never tire of bashing the President, not to mention Republicans in general, and, honestly, the trend is quickly getting old. Perhaps “The Simpsons” should embrace truly creative humor, rather than repeating cliché attitudes toward Republicans, so prevalent in the entertainment industry.