After House Majority Whip Rep. Steve Scalise, of LA. was shot when a  gunman opened fire at a GOP baseball practice in Alexandria, VA., celebrities were more concerned with the politics of gun control than the fact that a U.S. congressman was shot. 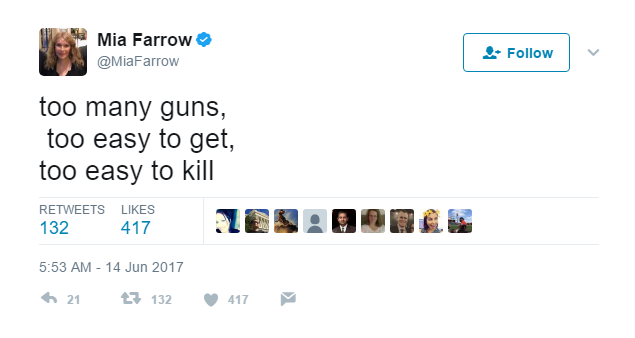 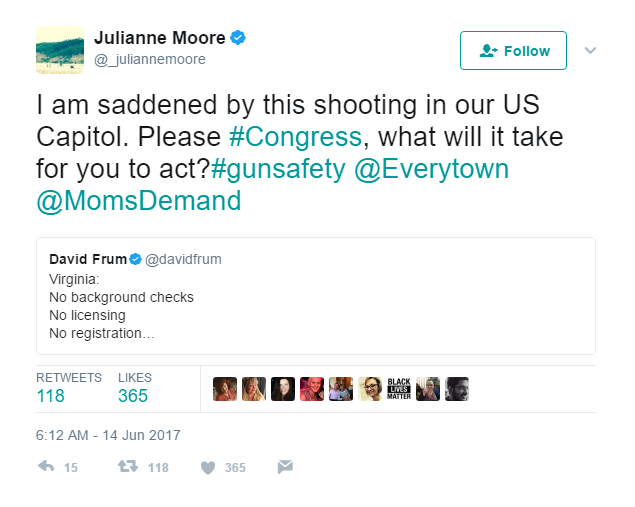 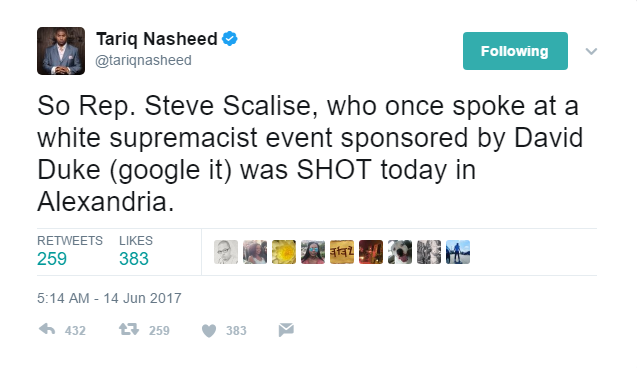 Apparently, the fact that Scalise had addressed the group – a decision he publicly regretted – was more important to Nasheed than the shooting, itself. 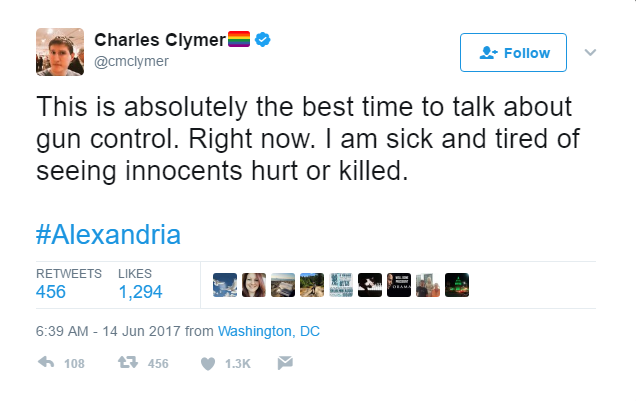 The political rage many celebrities and public figures condemn is now empowering these divisive, politicizing tweets.