Only rarely do media show an ounce of self-awareness, let alone self-criticism. Yet Jess Walter, writing for Quill, a publication from the Society of Professional Journalism, demonstrated more than an ounce of both in the magazine’s May/June 2017 issue.

His satirical short story in Quill, ‘Payload’, features an encounter between a truck-driving conservative, Duane, and the moralistic Jay – a liberal journalist who develops a troubling fixation with Duane’s truck. 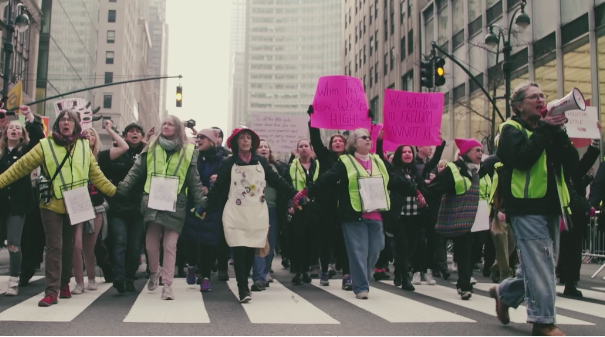 Jay proceeds to smash the truck’s window and steal some change from the cabin. He also tries to get Duane arrested for drunk driving in a further effort to separate him from his pick-up truck. “Yeah. Yeah, I was. I was a little bit proud,” Jay admits to an anger he deems “righteous” and directed against “a chapter in history so stupid they will have to tell it in coloring books.” Jay hates Duane’s truck, but he also hates what the truck seems to signify: conservatism.

Jay isn’t remorseful, convinced his actions represent the collective feeling of “the whole democratic Party, maybe the entire liberal world – angry and righteous and ineffective.” And certainly, his actions prove exactly that.

Jess Walter recognizes an ironic truth: in hating perceived hate, admitted liberals are nevertheless ‘hating.’ And in attempting to fix the planet, saving it from Duane’s 12-gallon-a-mile truck, Jay falls obviously short of his intended goal, not preventing the world from “[spending] the next four years riding in a steel and chrome gas-guzzling chariot straight through the gates of Armageddon”, but literally hopping on board.

Walter’s story makes us wonder whether the Jays of the world, with their “hashtags and [their] online petitions”, their Tony Awards and Resist Marches, are really solving much.