WaPo: Elementary Kids Should be Taught How to Get and Give Sexual Consent 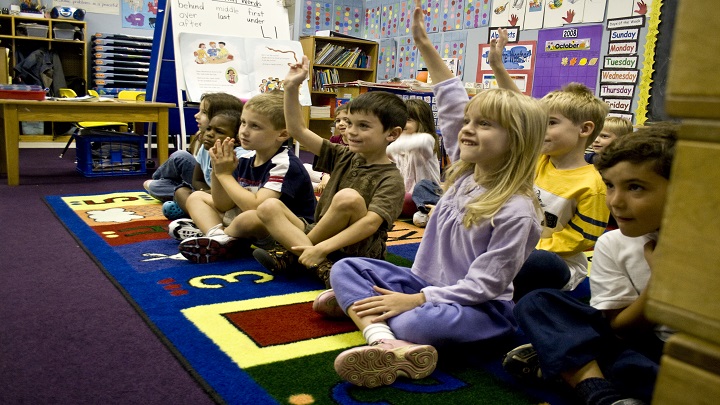 While parents everywhere dread giving “the birds and the bees” talk to their kids, they might have to prepare for something even more complicated: Trying to explain to their child what the teacher's lesson on consensual sex actually means.

In an op-ed for The Washington Post Oct. 14, feminist activist Annie E. Clark whined, “Why are we waiting until college to learn about consent?” She went on to argue that it was necessary for elementary and middle school-age children to be taught about how to give and receive sexual consent.

“The first time students hear ‘consent’ should not be at their first-year [freshman] orientation,” she wrote. This is a “public health issue," and can be talked about in an “age-appropriate way,” she argued.

Really curious to see the Sesame Street episode on that.

What the Post declined to disclose outright, is that Clark also happens to be one of the prominent players in CNN’s smearing college-rape documentary,The Hunting Ground.

While her article began reasonably, Clark’s radical feminist viewpoints emerged front and center halfway through the article, as seen in this brief passage below: [emphasis added]

“The idea” that Clark so fervently protests against is nothing but a liberal straw-man. “The idea” that most men think of women as “objects” on whom they can enact “whatever violent behavior” they want, is a liberal fantasy. The sentiment expressed here by Clark is just plain sexist.

But the liberal media embraced Clark’s ideas. Besides the Post, the New York Times and NBC’s Today Show both covered the issue of teaching sexual consent in high schools last week. The Today segment was particularly heavy-handed, with the requisite repetition of the false “1 in 5” statistic, interviews only with activists and comments of approval from NBC anchors who agreed that it was “an important conversation” to have.

It’s hard to argue that these ideas are presented by people who have the best interests of children at mind, when even Planned Parenthood is on their side:

Why we are waiting until college to learn about consent? @aelizabethclark has some answers: http://t.co/vuekK49zPk. #YesMeansYes