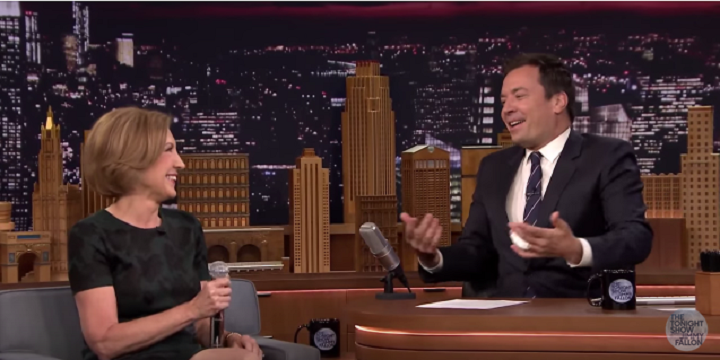 Hillary Clinton and Carly Fiorina each appeared this week on Late Night with Jimmy Fallon, attempting to market themselves as likeable presidential candidates. (After all, that strategy worked well for Obama!) The Daily Beast noted both of the candidates’ television interviews to “soften their images,” but had completely different responses to each candidate’s appearance. 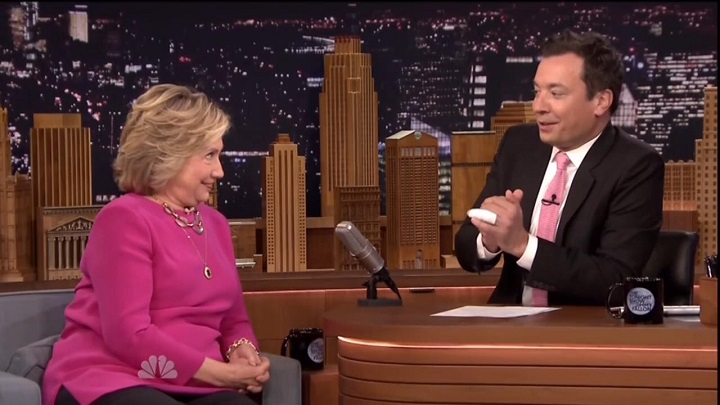 Below, can you guess which description fit the GOP frontrunner and which one fit the Democratic frontrunner?

One article had fawning praise for one candidate’s overzealous appearance on the late-night show. They described her as:

The other article had this less-than-charming description of the second candidate:

Well if you guessed the second biting critique laced with sexism was about the GOP candidate, you’d be right. 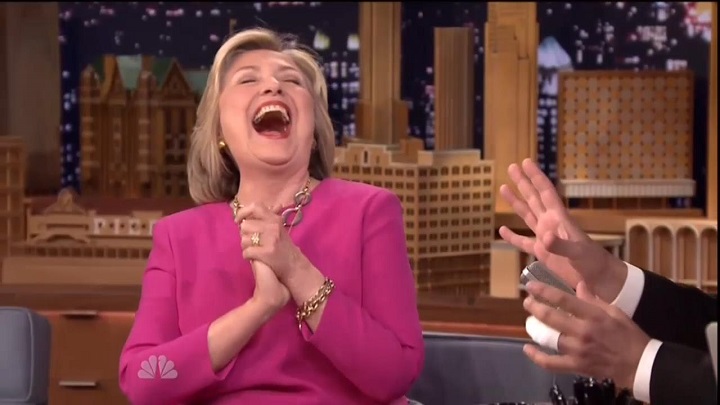 ​Compared to Lloyd Grove’s fawning review of Clinton’s appearance late last week, Tim Teeman’s long-winded review of Fiorina on the same show Monday night was harsh -- and didn’t come close to balanced. There were no less than seven jabs at Fiorina for her “Rambo”-like foreign policy alone, among other demeaning slights about her hair, outfit and singing abilities.

The worst Grove had to say about Clinton was that the email scandal had left the Democratic frontrunner “beleaguered.”

Funny enough, Teeman complained that Fallon didn’t give Fiorina the same harsh treatment he felt she deserved. Fallon “lobbed some extremely soft balls” at Fiorina instead of asking hard-hitting questions, he complained. (As if any late night show does that?)

But the Daily Beast didn’t seem to have problems with Fallon throwing some “extremely softballs” at Clinton the week before, in-between praising everything from her hair to her bad-ass personality.

Even the late night talk show host went out of his way to hype Clinton. He asked her if she perhaps had “too much experience” to become president, to which she chuckled approvingly. "The exchange was reminiscent of a job interview when a candidate humblebrags about her “weaknesses,” by responding,“Well, I’m just TOO responsible and work TOO hard sometimes!”

In fact, the only flaw the Daily Beast could find about Clinton was that she misspoke the name of Fallon’s house band, “The Roots.” Grove even called that “misstep” simply “endearing,” putting Clinton in the same category as 5-year-olds and Labrador puppies.

Fiorina’s faults had no end seemingly, as seen in the above list.

When even Hillary Clinton has charmed the media, despite her run-and-hide bid announcement which left reporters chasing her, you can tell this election cycle’s going to run the usual gamut of “forgive and forget” as long as she’s a liberal.