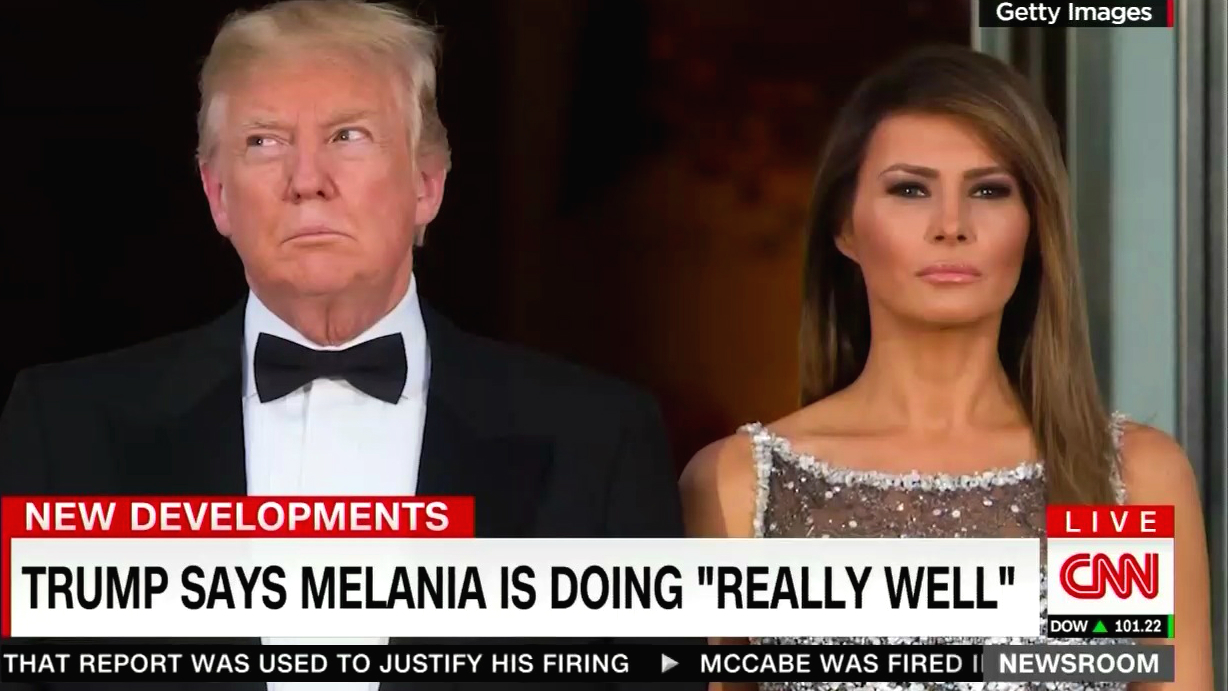 The first lady’s absence might just be because President Trump is abusing her – according to media figures who offered no proof whatsoever.

Since the end of May and into June, several media figures have suggested President Trump is abusing First Lady Melania Trump after she stayed out of the public eye following her kidney surgery. A Rolling Stone writer suggested Trump was “concealing abuse” while a Salon writer agreed it “could be an abuse thing.” One professor even asked the president in a tweet, “Break her jaw? An eye socket? Did you kick her in the back?"

On Wednesday, President Trump addressed the accusations on Twitter.

“The Fake News Media has been so unfair, and vicious, to my wife and our great First Lady, Melania,” he tweeted. “During her recovery from surgery they reported everything from near death, to facelift, to left the W.H. (and me) for N.Y. or Virginia, to abuse. All Fake, she is doing really well!” 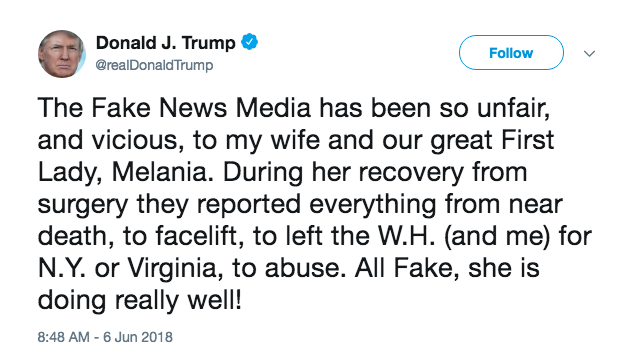 “I wish that I didn’t suspect that the prolonged, poorly explained public absence of Melania Trump could be about concealing abuse,” he typed. “I wish that it was a ludicrous prospect. I wish that the @POTUS wasn’t a man with a history of abusing women, including those to whom he is married.” 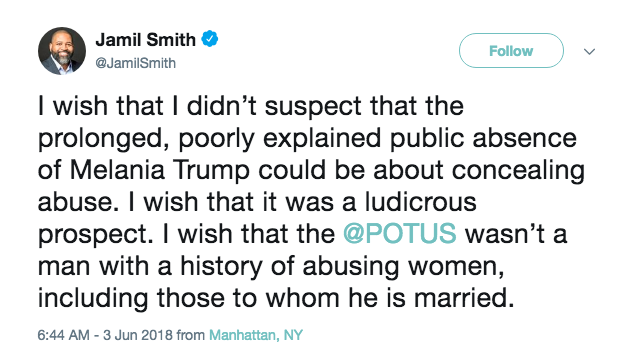 Salon writer Bob Cesca added that, “it's not out of line to imagine the worst about Melania's disappearance.” 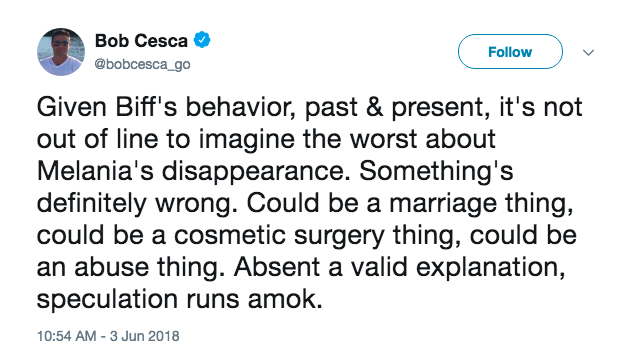 New York journalist Natalia Antonova, who has written for outlets including The Guardian and Vox, made the same assumption.

“You don’t have to be a Melania fan to be suspicious/concerned right now,” she tweeted May 30. “For all we know, she’s fine. But we *also* know how Trump treats/views women.” 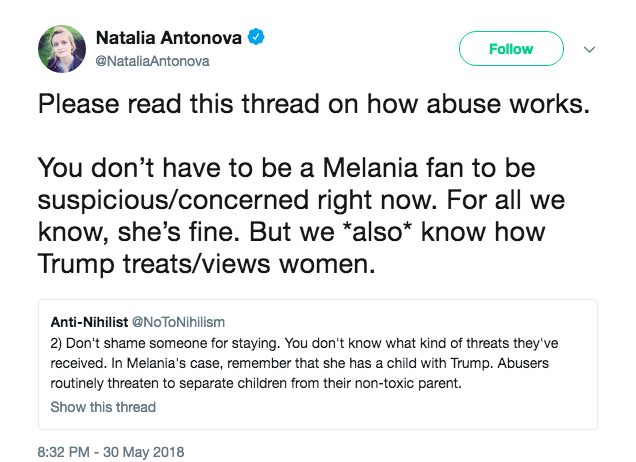 “Suppose President Trump punched the First Lady in the White House (federal property = federal jurisdiction), then ordered the Secret Service to conceal the assault,” he suggested. 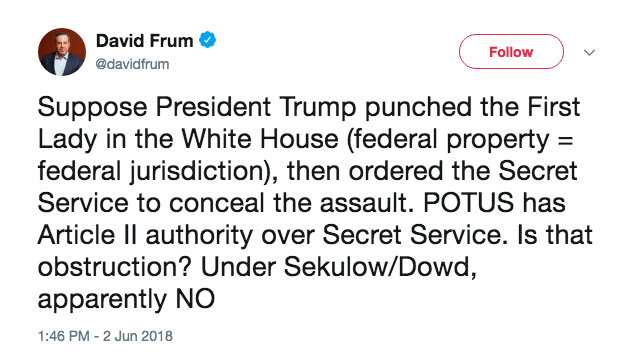 While a Georgetown associate professor, C. Christine Fair, has written for The Atlantic and appeared in media reports by The Washington Post. Her Melania tweet was even more presumptuous.

“Hey Don the Con @realDonaldTrump! What did you do to your complicit wife Melania? We know you have a long history of ‘domestic’ abuse,” she typed June 3. “Break her jaw? An eye socket? Did you kick her in the back? We know you did somwthing.... [sic].”