The left, that claims to stand for all women, only supports the women who agree with its agenda, according to one New York Times opinion writer.

On Monday, a New York Times piece slammed the “slut-shaming” of Nikki Haley. Staff editor and writer Bari Weiss defended the U.S. ambassador to the United Nations after a rumor spread that she was involved in an extramarital affair with the president.

That rumor resurfaced after the Grammy Awards, when celebrities and former presidential candidate Hillary Clinton read excerpts from Michael Wolff’s Fire and Fury – and Haley condemned the move on Twitter.

I have always loved the Grammys but to have artists read the Fire and Fury book killed it. Don’t ruin great music with trash. Some of us love music without the politics thrown in it.

"I have always loved the Grammys but to have artists read the Fire and Fury book killed it,” she tweeted. “Don’t ruin great music with trash. Some of us love music without the politics thrown in it.”

Media admitted that’s likely because Wolff recently told HBO host Bill Maher that he was “absolutely sure” the president was having an affair, but lacked the “ultimate proof.” When he told the audience to “read between the lines” of his book to solve the puzzle, many outlets, like Slate, pointed to excerpts in his book concerning Haley.

But in a Friday Politico podcast, Haley called the accusations “absolutely not true.” And NYT’s Bari Weiss defended her.

To begin, Weiss asked her readers to “imagine” if the “author of the most popular book in the country goes on Bill Maher’s show” to say the same of President Barack Obama and his U.N. ambassador, Samantha Power.

“Do I have to tell you what the reaction to this rumor-mongering would be?” Weiss asked. “Heads would explode on every cable channel (except for Fox, of course, which would be calling for a special investigation).”

According to Weiss, there would have been a media uprising. 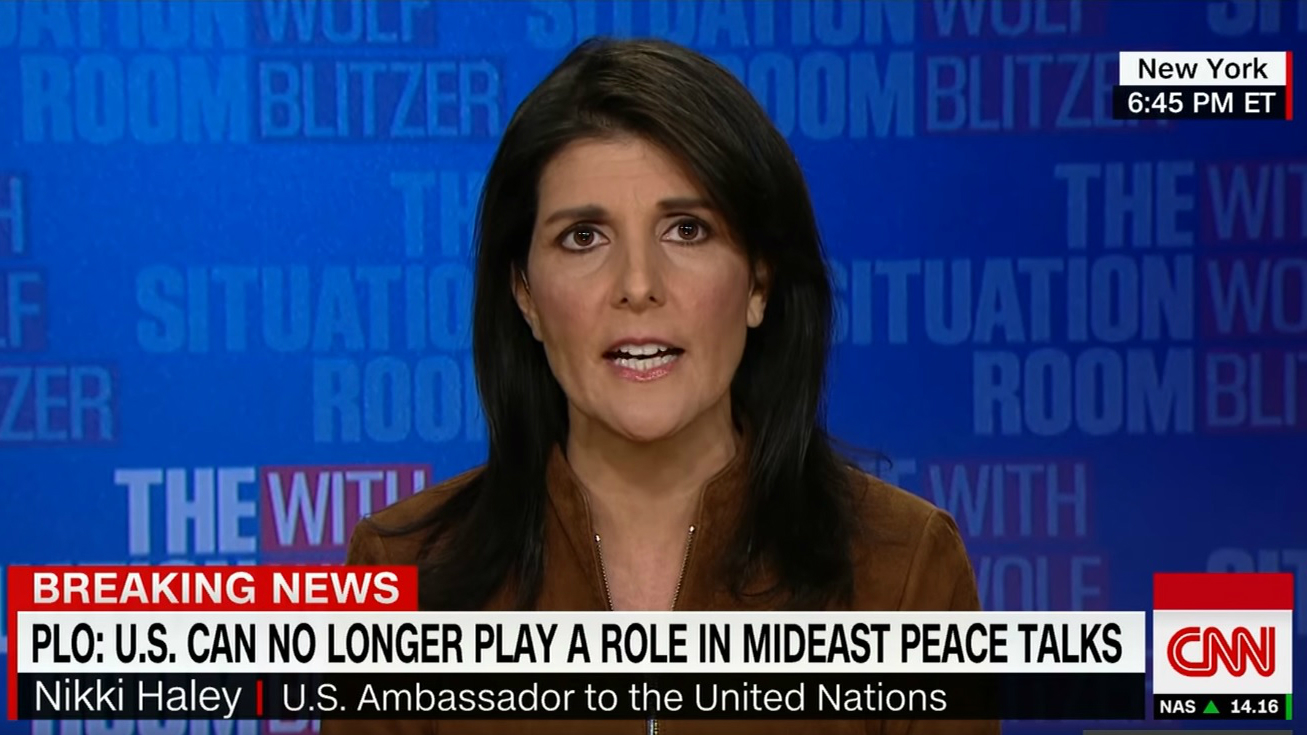 “Editorials would issue forth condemning this gutter journalism as thinly veiled sexism,” she continued. “Some would insist that it be viewed as a #MeToo moment — unambiguous evidence of the deep discomfort men feel in the face of powerful women.”

But not so, for Haley, she argued. After her tweet criticizing politics at the Grammys, Haley only garnered criticism by commentators like CNN’s Chris Cillizza.

“Commentators jumped on Ms. Haley as if she were suggesting that there ought to be, or has ever been, a bright line between music and politics,” Weiss said. “But Ms. Haley is not a stupid woman. It’s a bad-faith reading of the tweet to assume that she’s unaware of the music of Woody Guthrie or Nina Simone or Johnny Cash and virtually everyone else in the American songbook.”

According to Weiss, the “politics” Haley tweeted about “surely involved the star treatment of a questionable book written by an author trying to increase sales by hyping unsubstantiated rumors.”

Furthermore, Haley’s story “confirms” the right’s point that the “left is hypocritical,” she urged. She continued:

A prominent Republican woman is smeared. The author who does the smearing is celebrated by all the A-listers, including the most prominent Democratic woman in the country, who herself has a history of giving a pass (or worse) to men accused of sexual assault and harassment. And yet the arbiters of American culture cheer the Democrat and, in the words of the actor Don Cheadle, tell the Republican who has the gall to defend herself: ‘Sit down, girl. You’re drunk.’

While the left has “smartly and justifiably seized a moral high ground” during the Trump administration, she stressed that it’s a “high ground the left cannot hold if it embraces subtle double standards.”

“Double-standards” meaning an outcry depends on who the woman is, and where she stands in politics.

“When Matt Lauer subjected Hillary Clinton to a harsh interview, within 24 hours it was common knowledge that it was evidence of misogyny,” Weiss concluded. “But when Nikki Haley is smeared with the most base, sexist lie, it’s met with little more than a collective shrug.”