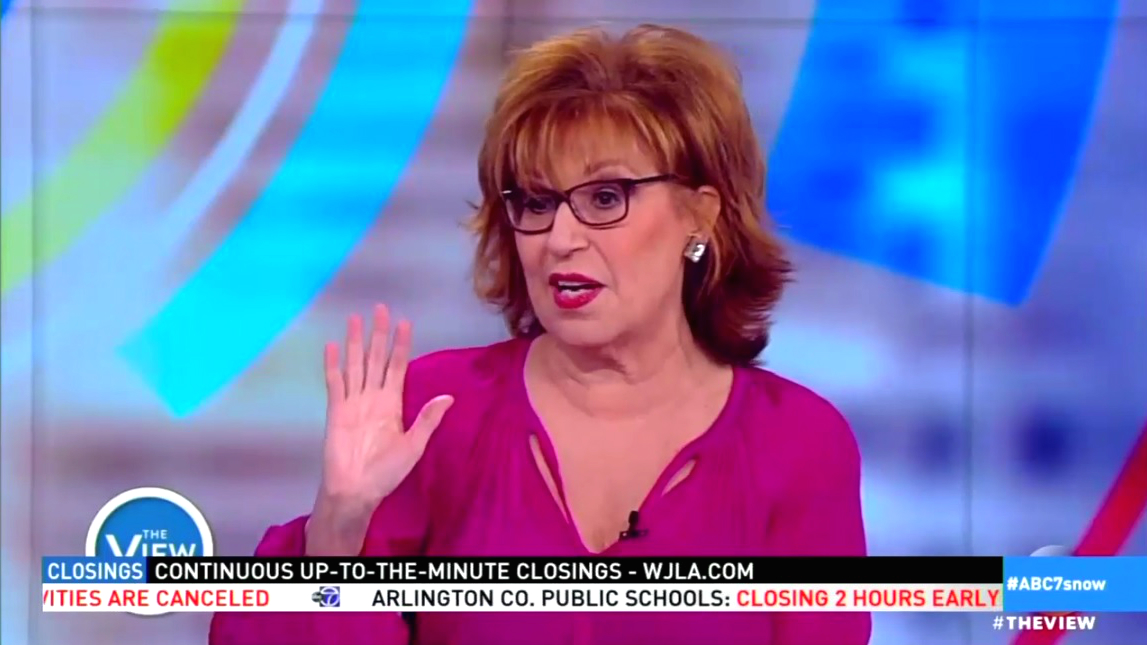 Oprah Winfrey is a formidable opponent to President Trump, according to one co-host on The View.

On Sunday night, the 75th Annual Golden Globes Awards recognized talk show host Oprah Winfrey with the 2018 Cecil B. de Mille Award for lifetime achievement. Like others in the media, The View took the opportunity to discuss Oprah’s potential run for president in 2020 – something that would be President Trump’s “worst nightmare,” according to co-host Joy Behar.

During Monday’s show, co-host Whoopi Goldberg brought up the “one moment everyone is talking about this morning.” Or, in other words, Oprah’s “rallying cry” against sexual assault and harassment during her acceptance speech.

To begin the discussion, Goldberg aired a clip of Oprah’s speech (a speech in which she also declared the press was “under siege”):

“The new day is on the horizon. When that new day finally dawns, it will be because of a lot of magnificent women and some pretty phenomenal men take us to the time when nobody ever has to say ‘me too.’”

In response, Behar warned that “this is Donald Trump’s worst nightmare.”

“Because she will have higher ratings than he will,” Behar insisted after her panelists laughed. “Believe me, she has had higher ratings, she can throw that in his face every single day. Because that’s all he cares about.”

Goldberg took that as her cue to point to the “speculation” on whether Oprah will run for president, while Sunny Hostin recalled that Oprah’s longtime boyfriend, Stedman Graham, said “she would do it.”

“That was surprising to me, because on CBS, she said she would never run for office,” Hostin continued. “But I have to tell you, I love Oprah. I love the stuff that she’s done. I always call her the ‘Oracle’ instead of Oprah.”

But that wasn’t enough, she added.

“But don't we already have someone in the White House who has no political experience?” Hostin asked. “And it's not going that well.”

But Oprah still had Behar’s vote.

“We need someone who can win. That’s all we care about,” Behar interrupted. “They'll figure it out, just like he’s trying to do.”

“I think it speaks to the hunger, the thirst out there for an alternative,” she said of rooting for Oprah during President Trump’s administration.

She continued to compare the two:

When co-host Meghan McCain wondered if Oprah “ultimately” wants to run, Behar exclaimed, “she does!”

“Because she’s done everything,” Behar exclaimed. “She’s produced, she’s acted, she’s directed, she had a co-show, she started her own damn network, for God’s sake. Something that even Trump hasn’t been able to do. So what’s the next step? Run the world!”