Network health experts reported on a finding that contraception was associated with a 20% increased risk of breast cancer – by reassuring women that they needn’t stop their birth control. 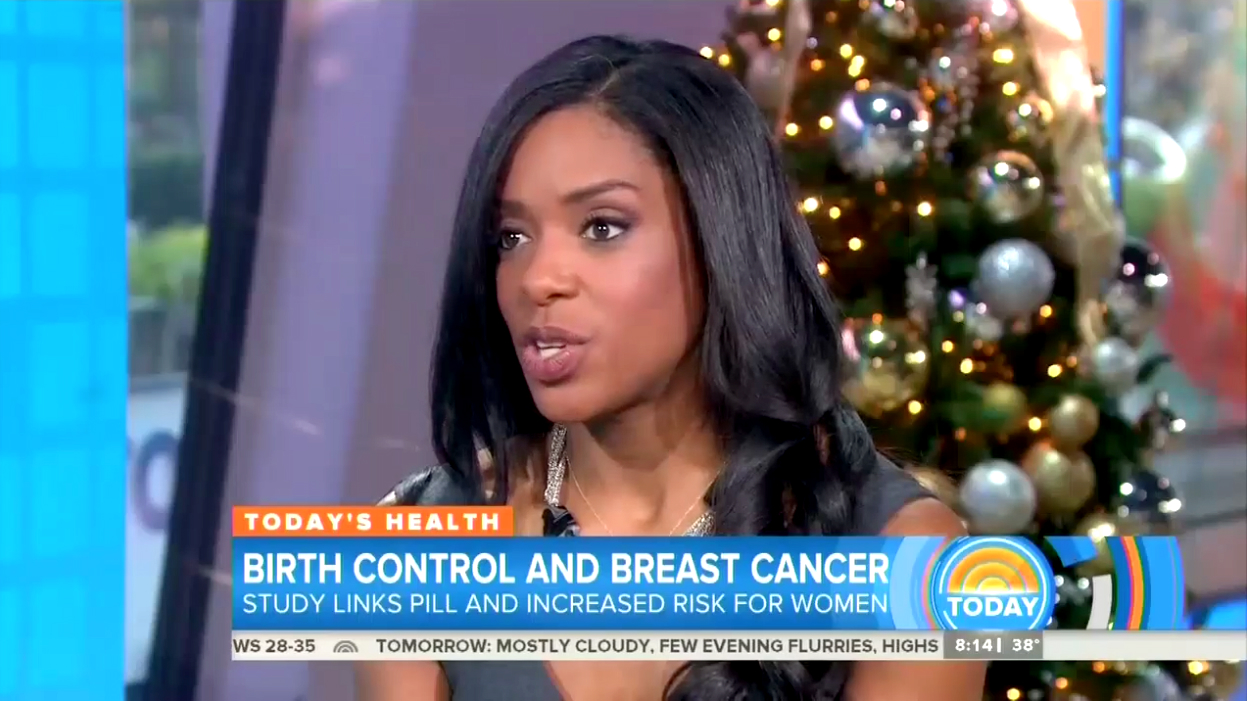 On Wednesday night, a study out of Denmark broke headlines for finding that the “risk of breast cancer was higher among women who currently or recently used contemporary hormonal contraceptives” than women who had never used them. On Tuesday, the study aired on the three broadcast networks – ABC, CBS, NBC – during their morning news shows.

Published in The New England Journal of Medicine, the study followed 1.8 million women between the ages of 15 and 49 for more than 10 years. The study found a 20% “increased risk of breast cancer” with current and recent use of contraceptives, according to the Associated Press/USA TODAY. That number increased to 38% for women taking such contraception for more than 10 years.

To put that in perspective, roughly 140 million women use hormonal contraceptives, with 16 million in the U.S. The research included varying types of contraceptives and birth control pills. AP reported:

Researchers found a similar breast cancer risk with the progestin-only intrauterine device, and they couldn’t rule out a risk for other hormonal contraceptives like the patch and the implant. Digging further, the researchers found no differences among types of birth control pills. Because of fewer users, the results for the patch, vaginal ring, implant and progestin shot were less clear, but the analysis didn’t rule out an increased breast cancer risk for those methods.

For the first (and worst) report, NBC anchor Hoda Kotb covered the study that “explores the link between certain kinds of birth control and breast cancer” on Today.

The problem came when Dr. Shepherd mentioned only “oral contraceptive use” in regards to the study. When Kotb asked for her “ultimate takeaway for a woman watching right now who’s a little scared,” Dr. Shepherd recommended women turn to other forms.

Her advice, she stressed was “to not stop taking their birth control,” and “also look at alternatives,” including the IUD, implants and Depo-Provera.

Unlike NBC, both ABC and CBS reported that the study did include other forms of contraception, like IUDs. But like NBC, they both recommended women continue with birth control.

For ABC, anchor Robin Roberts brought up the “health alert” that “women who use the pill may face a higher risk” for breast cancer during Good Morning America. She later emphasized to chief medical correspondent Dr. Jennifer Ashton that women “are going to be very, very concerned about this.”

In response, Dr. Ashton reminded Robin to “remember the benefits,” beginning with “preventing pregnancy.” She ironically added, “we can’t throw out the baby with the bathwater.” [!]

While Dr. Ashton found the study “significant,” she said she was “not going to recommend” to her 18-year-old daughter that she stop using the pill.

During This Morning, CBS anchor Gayle King introduced the “new study” on a “link between newer forms of hormonal birth control and the risk of breast cancer” that posed a “small but meaningful increase in risk.”

“With any drug or with anything you take there’s a risk and there’s a benefit,” he said, like lowering other types of cancer. But he recommended talking to doctor for women over 35-years-old.