A sex slave and forced birth dystopia is “fitting” for a “time when women’s rights are under attack,” according to the head of the organization that destroys the lives of more than 160,000 American baby girls each year. 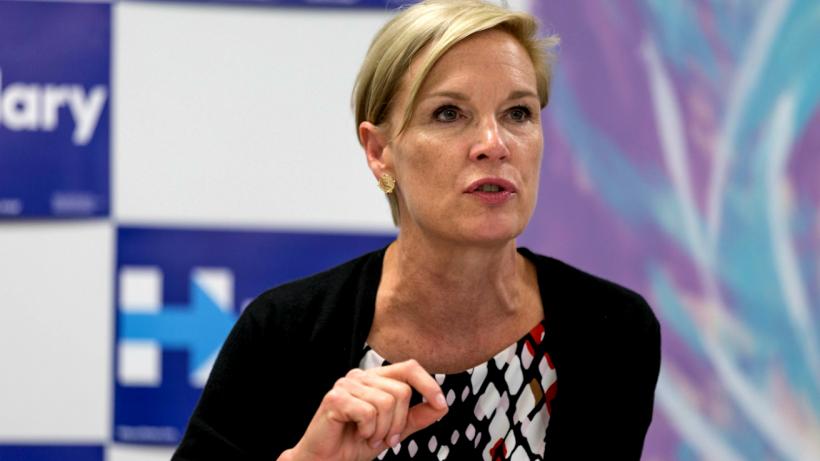 For her part, Richards couldn’t be happier with the choice.

“I’m thrilled to be presenting Margaret Atwood with the distinct honor of the PEN Center USA’s Lifetime Achievement Award,” Richards praised in a statement.

She pointed to Atwood’s 1985 novel in particular as a reason.

“It’s fitting that the author of The Handmaid’s Tale is being honored at a time when women’s rights are under attack like never before,” she gushed. “I look forward to celebrating Atwood’s achievements next month alongside some of the best writers of our time, and will continue to stand with Planned Parenthood patients and all women in the fights ahead.”

Richards isn’t the only one to make the connection. The media routinely liken the dystopian story and its 2017 Hulu adaptation to “Trump’s America.” On Sept. 17, the show took home eight Emmys after an incredibly political awards ceremony.

Atwood’s story takes place in the Republic of Gilead, a reimagined United States conquered by Christian fundamentalists. The show follows a woman named Offred and her fellow “handmaids” as they are forced to bear children for the upper class.

Doesn’t sound exactly like America. But according Atwood in a Teen Vogue interview, Gilead is even better than America. Abortion was just one reason.

When the magazine asked if Atwood saw Gilead as a “metaphor for other places, other times,” she responded yes. She elaborated:

For instance, Ceauçescu’s Romania, where he tried to enforce mandatory childbirth with pretty horrible results because he forced childbirth upon women who could not then afford to support the baby. And I have to look at this, you know, because that’s what the Trump regime has just done. Defunding health care for pregnant women. Gilead would be better than that. At least they’re getting adequate food. I’m not kidding. You’re enforcing childbirth on women who can’t afford to eat properly and then they will not be able to afford the medical fees to actually have the baby, so what are you going to have? You’re going to have a lot of dead people.

Actor Nick Offerman (Parks and Recreation) serve as host for the Oct. 27 festival held at the Beverly Wilshire Hotel in Beverly Hills.