Healthcare has gone to the dogs – or should, according to the head of America’s largest abortion provider.

On Tuesday, Late Night host Seth Meyers invited Planned Parenthood President Cecile Richards on his show as a guest. During their time together, Meyers fawned over Richards as she bashed Congress over the impending healthcare bill and ironically worried about "healthy" pregnancies.

Richards saw Planned Parenthood as a huge success – both 100 years ago and today.

“I think we’ve done more in 100 years than they've done in 100 days,” she said, referencing the Trump administration. “And frankly because of some of the, I think, attacks on us, we've actually never been more popular in the United States of America.”

During the interview, Meyers brought up the healthcare bill, recently passed by the House, that proposes to block federal Medicaid funding from Planned Parenthood. He highlighted the 13 “all male” senators who are currently “crafting their version of it.” 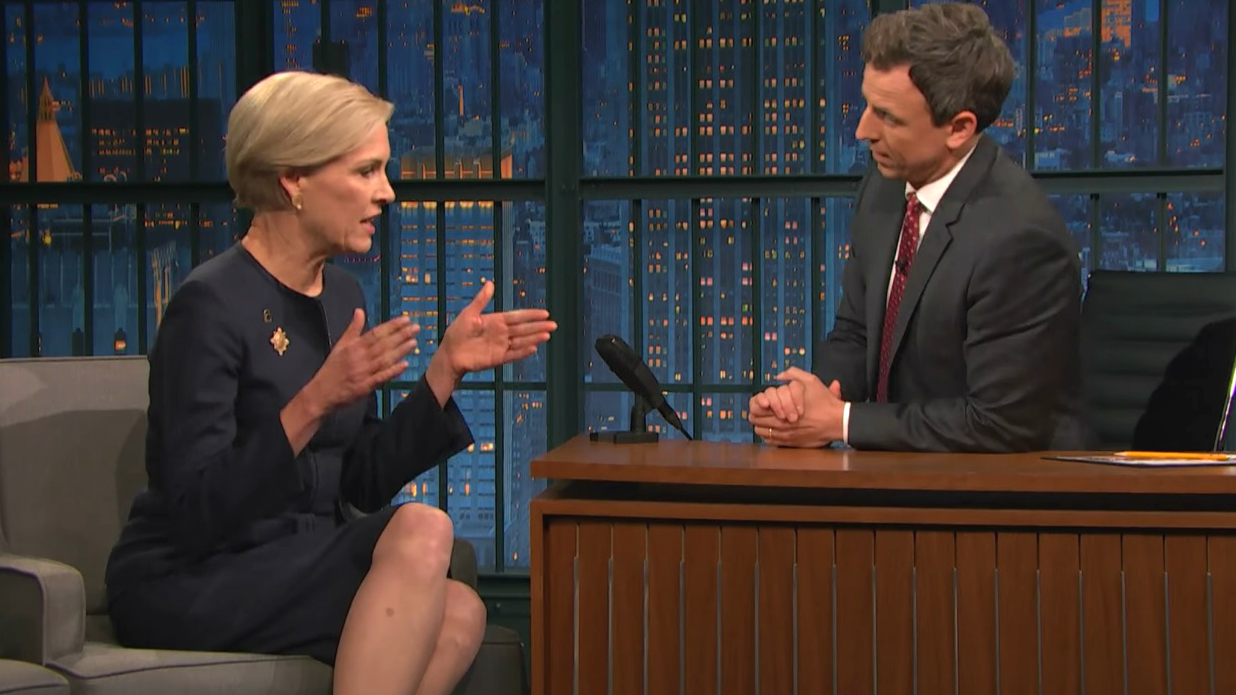 “How egregious is it to not have women also sort of talking about the – the – how this bill is affecting women's health?” Meyers wanted to know.

“I definitely feel like, if more members of Congress and the Senate could get pregnant we wouldn't be fighting about Planned Parenthood and about birth control,” Richards complained. “I think because this particular bill is so harmful to women, there's an extra special duty to make sure that women are represented in these conversations and in the final – you know, in the final – final bill.”

That led Meyers to show a photo that went viral earlier this year of a room full of men – the Freedom Caucus meeting with Mike Pence – discussing women’s healthcare, including cutting maternity benefits.

Meyers pointed to a response by a “very funny guy,” Justin Shanes, who tweeted a satirical photo of dogs planning cats’ healthcare. “Do you think that's accurate?” Meyers asked about the comparison.

Richards did. “I actually think maybe I would rather have golden retrievers determining the next health care bill than the folks who are in Congress, actually,” she said. “Not a bad look.”

“I feel like this Congress is trying to make it harder for women to prevent an unintended pregnancy and a lot harder to have a healthy pregnancy,” she added.

Meyers echoed her. “But I think it's important to say that this is – this healthcare bill, for the people who are choosing to have children, for the women who are the making the choice to go through their pregnancy, this does them no favors at all,” he played off of her words. “Is that safe to say?” 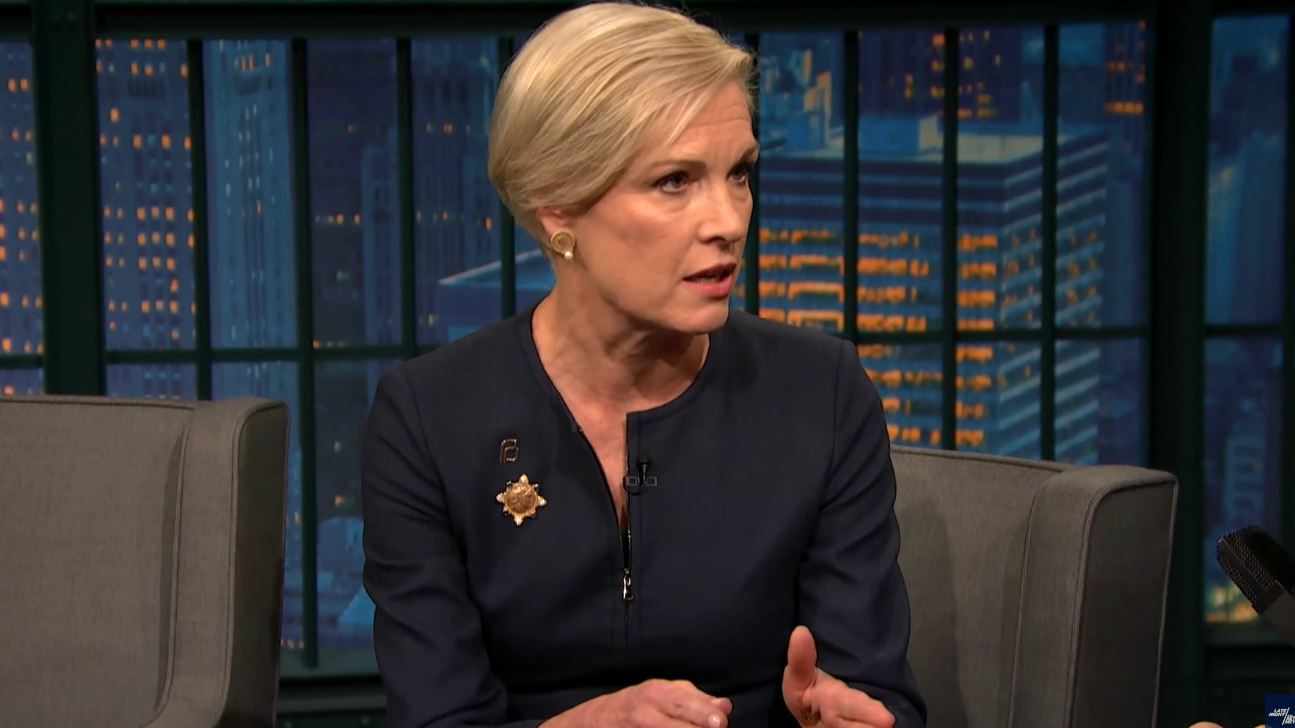 “In fact, it's much worse,” she responded. “It basically just blocks folks from coming to Planned Parenthood. Has nothing to do with abortion, because federal funds do not pay for abortion.”

She failed to address the argument that money is fungible, or that Planned Parenthood could offset costs with public funds to free up other resources for abortion. A point highlighted by pro-life groups.

“There are so many places it seems now in this country where there are no places for women to go,” he criticized. “And it doesn't seem like this is of great concern to the federal government.”

“I understand, again, that abortion is this very emotional issue and I understand and I respect that certain people have a different opinion of it than me. But it seems like women's health, at its core, is something that both sides of the aisle should agree on,” he concluded. “Thank you so much for fighting that fight for them.”