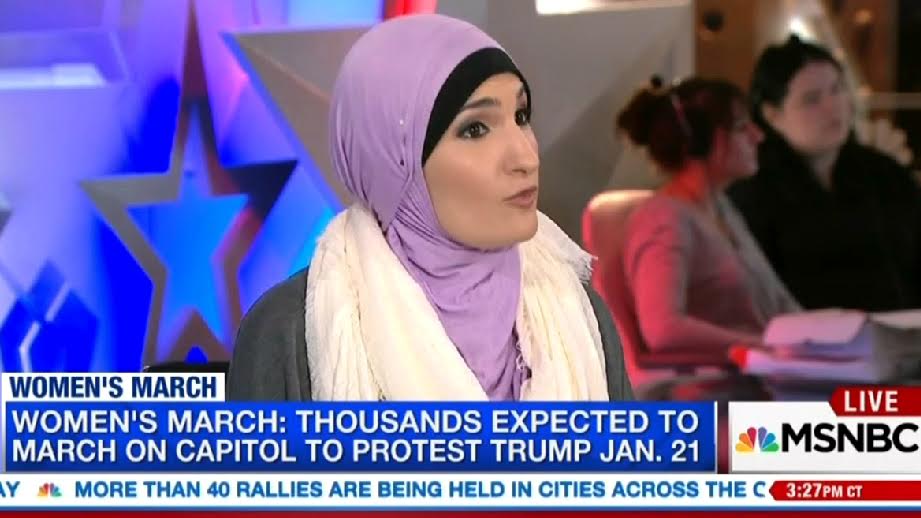 Planned Parenthood is more than just a partner for the upcoming Women’s March on Washington.

To begin his Sunday segment, MSNBC Richard Lui described the Women’s March as an event that “started out as a rallying cry for women to show their solidarity against Trump” before turning to Linda Sarsour, the national co-chair of the Women's March on Washington, for more information.

On Saturday, the Women’s March on Washington promises to bring thousands of women together the day after the inauguration to “send a bold message” that (as Hillary Clinton once said), “women’s rights are human rights.”

Sarsour called the march an “amazing grassroots effort” with “millions” supporting it nationally. In Washington, D.C., she expected “at least a quarter million people” to participate.

At one point in the interview, Lui inquired further about the headcount.

She agreed, “That definitely is part of it, I mean, the repealing of the Affordable Care Act.”

To follow-up, Lui asked her “what's the first thing you want President Trump at that time or the Senate or… the House to do for all of these marchers?” He added, “Because you have a sense of what the pulse is from the marchers."

“First of all, hands off the Affordable Care Act. We need our health insurance,” she began. “Hands off Planned Parenthood and our reproductive rights. Hands off Muslims. Hands off the undocumented. Those are really our top messaging lines. Hands off our Native American sisters and brothers.”

“You will see a plethora of speakers reflecting all the progressive and social justice issues in this country,” she added. “It’s, again, one of the most intersectional movements and marches that you have ever seen in U.S. history.”

However, on Thursday, the women’s march released a somewhat divisive platform in full support of issues like abortion (although the march recently admitted one pro-life group as a partner – among many other organizations that support abortion).

Sarsour also stressed that she was no fan of President-elect Donald Trump.

“We respect the presidency, but we will not respect this president of the United States of America,” she said, “a man who won his election on the vilification of immigrants, of Muslim people, black people, people with disabilities, of women.”

Besides her march involvement, Sarsour serves as the Arab American Association of New York executive director. Vogue describes Sarsour as the “Muslim daughter of Palestinian immigrants, and a veteran activist who heads up the march’s fundraising effort” after growing up in Brooklyn.