Reporters are “devaluing human life” while covering Zika, according to one senator.

In an interview with MRC Culture at the 2016 Values Voter Summit on Saturday, Senator James Lankford (R-OK) criticized efforts to fund abortion giant Planned Parenthood with government money designated to fight the Zika virus. He also slammed the media reporting on Zika for believing that “if a child’s going to be born with any kind of deformities, we should just kill them before they come into the world.” 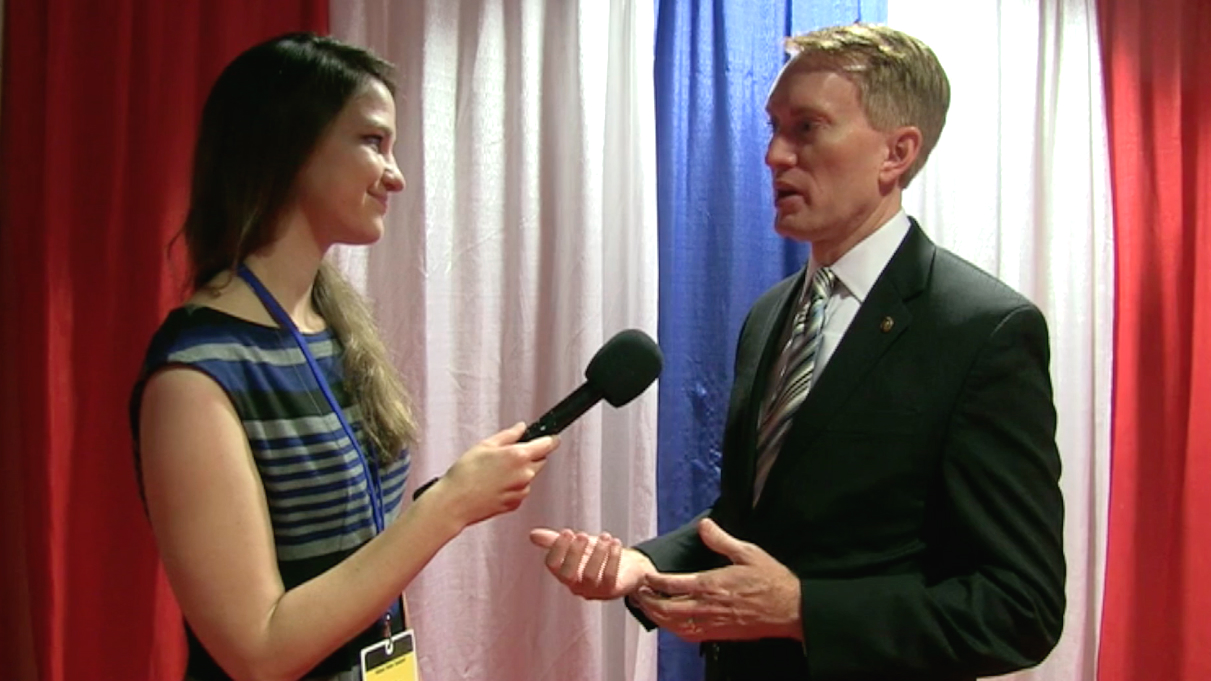 “There’s no reason that Planned Parenthood should be a major recipient of – of national funding. And certainly not in the Zika argument,” he said. “That makes the most sense of all, to say, ‘Why in the world would it have to go there?’”

MRC Culture drew attention to the media trend where writers use Zika to push for abortion both in the United States and abroad. In his response, Sen. Lankford slammed the traditional media.

“The media’s perspective is, if a child’s going to be born with any kind of deformities, we should just kill them before they come into the world. I mean, that’s really their perspective,” he said. “They won’t say it that blunt, they’ll say we’ll – based on these birth defect possibilities for Zika, then we should provide more abortion and more – more abortion funding, or what they call family planning internationally.” Video below.

He accused the media of keeping the truth about Zika from Americans.

“What’s interesting is, and they won’t talk about is, the vast majority – more than 90% of the pregnant moms that deliver, their children have no effects from having Zika,” he added.

Those effects can be “dramatic,” like the brain deformity microcephaly, he added, “but there’s a lot we don’t know about Zika yet.” As a result, the media are jumping to conclusions.

“For them to immediately push and say ‘Zika could be a threat to children and the unborn and so let’s just kill them,’ instead of taking the chance that they could be born with a birth defect,” he said, “devalues human life.”

“If we’re going to promote human life,” he added, “then we should say that’s a life, and it’s a life to be valued no matter what.”

Sen. Lankford also expressed “frustration” over President Barack Obama’s use of available Zika funds. Out of the $589 million currently allocated for Zika, the president has spent $112 million, Sen. Lankford stressed.

“I continue to ask the question, ‘You have half a billion dollars right now to be spent on Zika, and yet you’re cutting back, asking for a billion more and you haven’t spent the half billion you have,’” Sen. Lanford said in a call for “basic transparency.”

While addressing why some politicians prioritize Planned Parenthood funding, Sen. Lankford criticized liberals for a double-standard.

This year, the Democratic Party adopted a platform calling for the repeal of the Hyde Amendment, which bars federal funding for abortion except in cases of rape, incest or to save the life of the mother. In disagreement, Sen. Lankford called for strengthening the amendment by making it “permanent federal policy” instead of legislation approved annually.

“The money is fungible,” he said, and if the taxpayer funding goes towards “care of the building,” among other things, that frees up other funds for abortion.

Sen. Lankford described himself as “unapologetically pro-life” and determined to “make progress where I can make progress” on life issues. He cited his Dismemberment Abortion Ban Act, which would prohibit late-term dismemberment abortion as an example of “common ground.”

The bill, he added, compares to the partial-birth abortion ban that “says we don’t do certain types of abortions because we as a culture think they’re abhorrent.”

In the past, Sen. Lankford has spoken out against abortion. Following last summer’s infamous Planned Parenthood videos released by the Center for Medical Progress, he spoke on the floor against the abortion giant. Lankford co-sponsored the Pain-Capable Unborn Protection Act introduced last year, which would ban abortion past five months, and introduced legislation to redirect Planned Parenthood funding to community health centers.