Acting can transform reality, according to the Ben-Hur actors.

In an interview published Tuesday, FlickDirect correspondant Judith Raymer interviewed Ben-Hur actors Jack Huston (who plays Judah Ben-Hur) and Rodrigo Santoro (as Jesus of Nazareth) about how the film changed them.

Taking place at the time of Jesus, the story follows Jewish prince Ben-Hur, who falls into slavery after his adopted brother, a Roman officer, accuses him of treason. When Ben-Hur later seeks revenge as a charioteer, he encounters redemption – and conversion to Christianity. 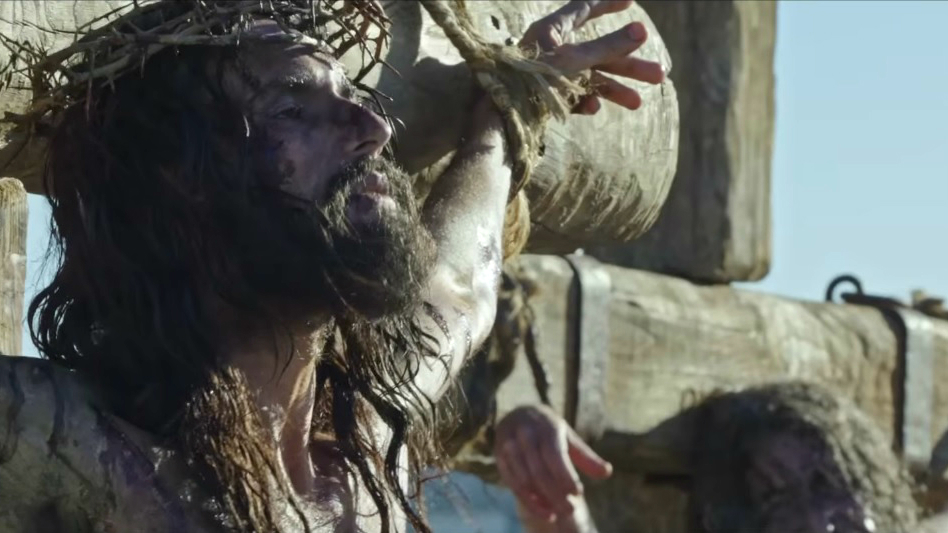 During the interview, Raymer brought up the movie scene of Jesus’ crucifixion.

“There’s that moment – the moment – there’s no dialogue, and you’re the cross and – and your eyes, you just hold each other in your eyes,” she said to Santoro, who plays Jesus. “When you’re shooting that, what – what’s going through your mind?”

That struck a chord with Huston, who interjected.

“We found each other, we actually did find each other. Very important,” he said of him and Santoro during the scene. “I said, ‘I’m here, man. I’m right here.’ And whew, man that was powerful. No joking. When we were standing there, wit – witnessing him up there and actually catching eyes and doing that.” 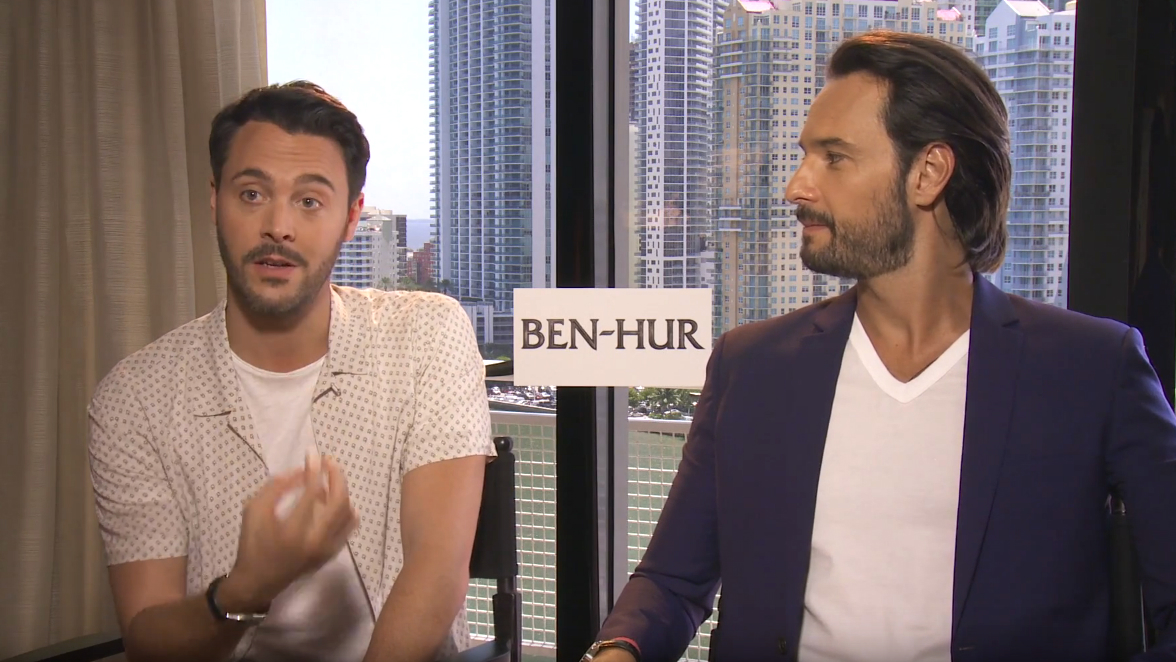 That scene, he urged, will speak to all audiences.

“You don’t have to be religious in any way to figure out how powerful that was,” he said, “and it’s been an incredible reaction to people watching that – it’s been massive.”

Santoro agreed. “Again, it’s one of those moments that I will never be able to describe and be fair to what I felt,” he said, before joking, “Besides cold.”

Both Huston and Santoro found the scene “transcendent.”

“The experience transcends, you know, given your – your craft as an artist, it goes much beyond that,” Santoro added.

Earlier in the interview, Santoro heralded Jesus as a character that’s “bigger than life.”

“I have my own relationship with the figure of Jesus,” he stressed, “I grew up hearing stories about Jesus.”

To best portray Jesus, he researched films, literature, paintings and gospels and found one similarity in their portrayal of Christ: “[A]ll the references were his heart – love.”

To identify with Jesus, he went “within myself” to experience an “intimate, spiritual, transforming, inspiring journey.”

“I’m not going to be Jesus. It’s – that’s not happening,” he admitted. “I just tried to do it with my heart. That was the most I could do.”