Taxpayers should consider civil disobedience if forced to pay for abortion, a pro-life leader warned Wednesday. Those forced payments are a move some Democrats are pushing, Susan B. Anthony List President Marjorie Dannenfelser said. The media, she complained, refuse to cover it. 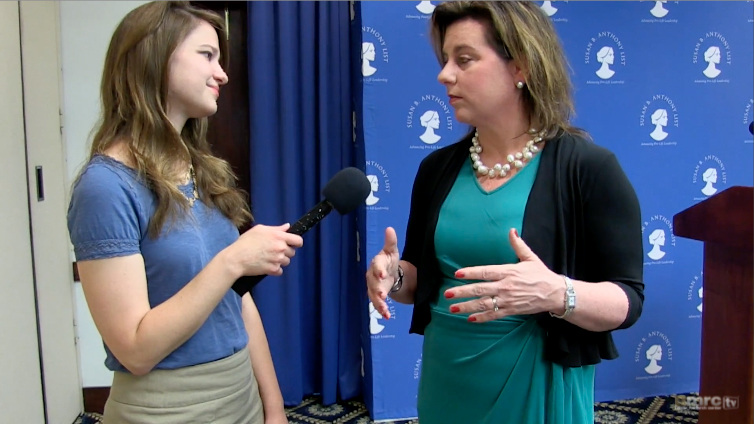 In an exclusive interview, Dannenfelser addressed the Democratic platform’s newly proposed language calling for a repealment of the Hyde Amendment, legislation which bars federal funding (aka taxpayer funding) for abortion.

Dannenfelser stressed that the push to reject the Hyde Amendment came from a “narrow-minded and narrow band of people” or the “2 percent on the left of which Hillary Clinton has won” rather than a “mainstream movement.”

“I think they’re in a very, very confident moment because of what had happened in the Supreme Court,” Dannenfelser said, referring to the Whole Woman’s Health v. Hellerstedt ruling. “It’s a Saul Alinsky move that when you see the other side is down, to try to force a [unintelligible] and a disaster on the other side and just go aggressive.”

Approved last weekend, a Democratic platform draft attacked both the Hyde Amendment and the Helms Amendment (which bars foreign aid for abortion):

“We will continue to oppose — and seek to overturn — federal and state laws and policies that impede a woman’s access to abortion, including by repealing the Hyde Amendment … we support the repeal of harmful restrictions that obstruct women’s access to health care information and services, including the ‘global gag rule’ and the Helms Amendment that bars U.S. assistance to provide safe, legal abortion throughout the developing world.”

The Democrat party, or the abortion lobby, has “already won everything,” according to Dannenfelser.

“They have abortion up until birth,” she explained. “Now they want us to pay for it.”

Referring to Democratic presidential candidate Hillary Clinton, Dannenfelser expressed that the platform showed “what she stands for” or “what does she believe, what does she want us to be coerced into participating in.”

Dannenfelser confirmed that it is “very possible” that the proposed platform language will be officially approved even though she stressed that it’s “politically crazy.”

“[I]t doesn’t leave any room for conscience,” she said. So much so that she argued the move could work in favor of the pro-life movement:

“And I think when that happens, it’s going to continue it’s going to exacerbate the problem in the Democratic party among people who are not extreme on the issue. That are pro-life or bleeding pro-life who find this outrageous. And what happens is then they find themselves without a helm. And that is what realignment is made of. And I think that that’s a moment for us to take advantage of in the pro-life movement to help voters who are seeing this happen vote for the pro-life candidate.”

When MRC Culture asked Dannenfelser if the Hyde Amendment could be repealed, Dannenfelser responded that “everything’s possible.”

“[W]ho knows what it would look like at the end of a Hillary Clinton term,” she answered, even though the “will of the people is decidedly against it right now.”

MRC Culture also asked Dannenfelser if pro-lifers should “go so far as to refuse to pay taxes” if the Hyde Amendment were repealed. Dannenfelser called that a “serious consideration.” Video Below.

“When you’re made complicit in the killing of another person,” she stressed, “you have to weigh the consequences of all your actions, so something to think about.”

Dannenfelser also applauded the Conscience Protection Act, legislation which would prevent government discrimination against those in the healthcare industry who refuse to participate in or pay for abortion. She called the act a “good thing.”

“Because the left is willing, in California and beyond, to use the strength of government to annihilate the rights of conscience,” she began. “If you were the administrator of a Catholic hospital, you’re in the position of being forced to fund the abortions that are going on in your hospital … And that is the reason our nation was founded is that people found themselves in just such questionable times.”

But the public won’t learn about these attacks to the pro-life movement through the media, according to Dannenfelser. When MRC Culture asked if the media would cover topics like proposed Democratic platform language and the Conscience Protection Act, Dannenfelser responded, “No.”

“Almost all of the media will not,” she said. But she pointed to alternatives to traditional media including voter networks, direct communication and social media.

“[N]ow anyone can communicate,” she said. “We don’t have to wait for the word to come on from CBS, we can find it ourselves.”