Networks Still Refuse to Use ‘Genocide’ – Even in Easter Christian Bombing

Even after U.S. Secretary of State John Kerry’s declaration, the broadcast networks refuse to apply the term “genocide” to Christians slaughtered in the Middle East.

In their morning and evening news shows since April 2015, ABC, CBS and NBC haven’t used “genocide” in their reports of Christians attacked in the Middle East. Instead, the networks took a pass – even after the Easter suicide bombing that killed more than 70 and injured hundreds. 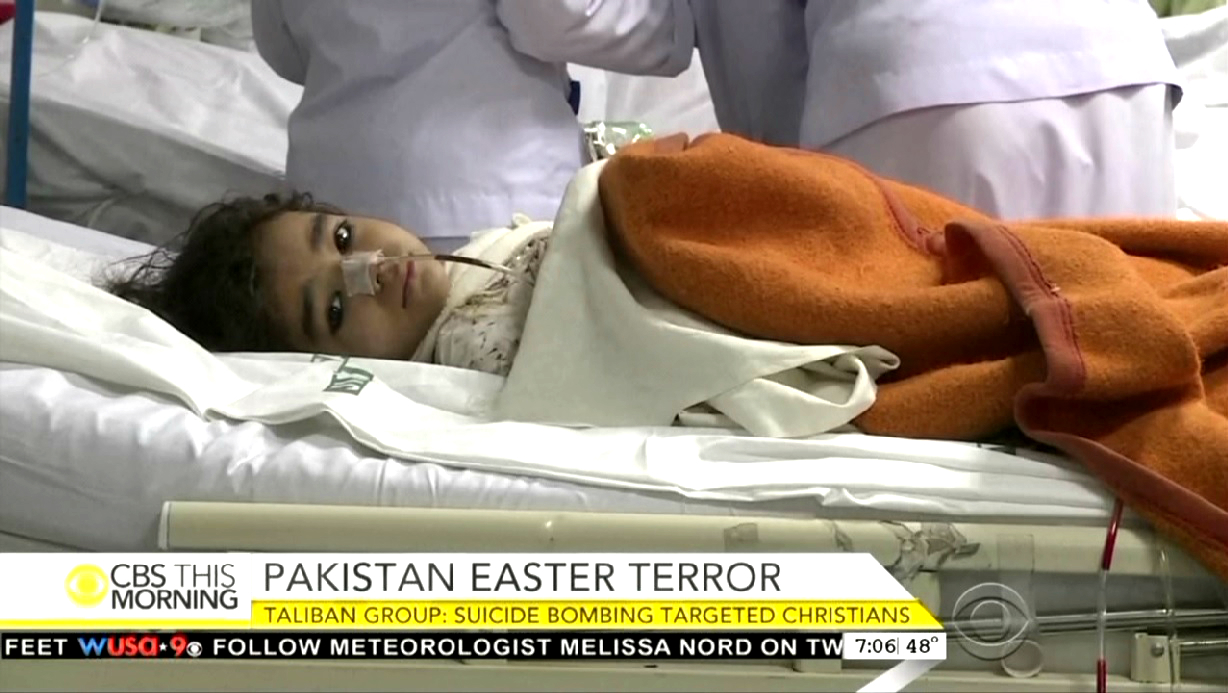 Jamaat-ul-Ahrar, an offshoot of the Pakistani Taliban, claimed responsibility for the attack that targeted Christians in Lahore, Pakistan. In the past, the group has voiced support for ISIS, which Kerry accused of genocide last month.

While the relationship with ISIS is disputed, Jamaat-ul-Ahrar spokesman Ehsanullah Ehsan, who also took credit for this year’s Easter attack, declared last year, "We will see whether we can fight better for the cause on our own or by joining IS...if the offer is serious, the matter will be decided by our political shura."

While the networks themselves haven’t applied the term “genocide” to Christians, anchors have cited the Secretary of State as saying it.

On March 17, Kerry declared that, “in my judgment, Daesh is responsible for genocide against groups in areas under its control, including Yezidis, Christians, and Shia Muslims.”

“Daesh is genocidal by self-proclamation, by ideology, and by actions – in what it says, what it believes, and what it does,” Kerry added. “Daesh is also responsible for crimes against humanity and ethnic cleansing directed at these same groups and in some cases also against Sunni Muslims, Kurds, and other minorities.”

Daesh stands for the Arabic phrase “al-Dawla al-Islamiya al-Iraq al-Sham” or Islamic State of Iraq and the Levant (ISIL/ISIS).

“The terror group blamed for thousands of deaths, many forced to convert to Islam or be killed,” he continued. “Today's announcement is not expected, though, to change America's military strategy against ISIS.”

Or change the networks’ strategy (aka terminology).

Other than that, since April 2015, the networks haven’t said “genocide” in regards to Middle Eastern Christians.

Some shows, like This Morning, have come close. On March 28, CBS correspondent Elizabeth Palmer basically defined the term “genocide” without saying the word itself.

“Already a minority, this attack makes it clear [Christians] face violence aimed at them specifically because of their faith and it adds fear to the grief,” she reported on the Easter bombing.

MRC Culture also reported on the networks’ refusal to use “genocide” earlier this year:

The networks, however, are determined to speak no evil when it comes to Islamic terror. Whether it is Boko Harram massacres in Nigeria, ISIS offensives in Libya or mass sexual assaults by Muslim Migrants in Germany, the network gatekeepers are careful of saying anything that might whip up the liberal bogeyman of ‘Islamophobia.’

But the numbers add up. Despite what the networks report, the hundreds of thousands of Christians and other minorities killed, tortured, or displaced by ISIS are real. The persecution has grown to such proportions that to balk from naming it genocide would only be inconsistent.

Methodology: MRC Culture searched transcripts including both “Christian” and “genocide” from the morning and evening news shows from the big three broadcast networks (ABC, CBS and NBC) from April 1, 2015 to March 30, 2016 morning news shows.