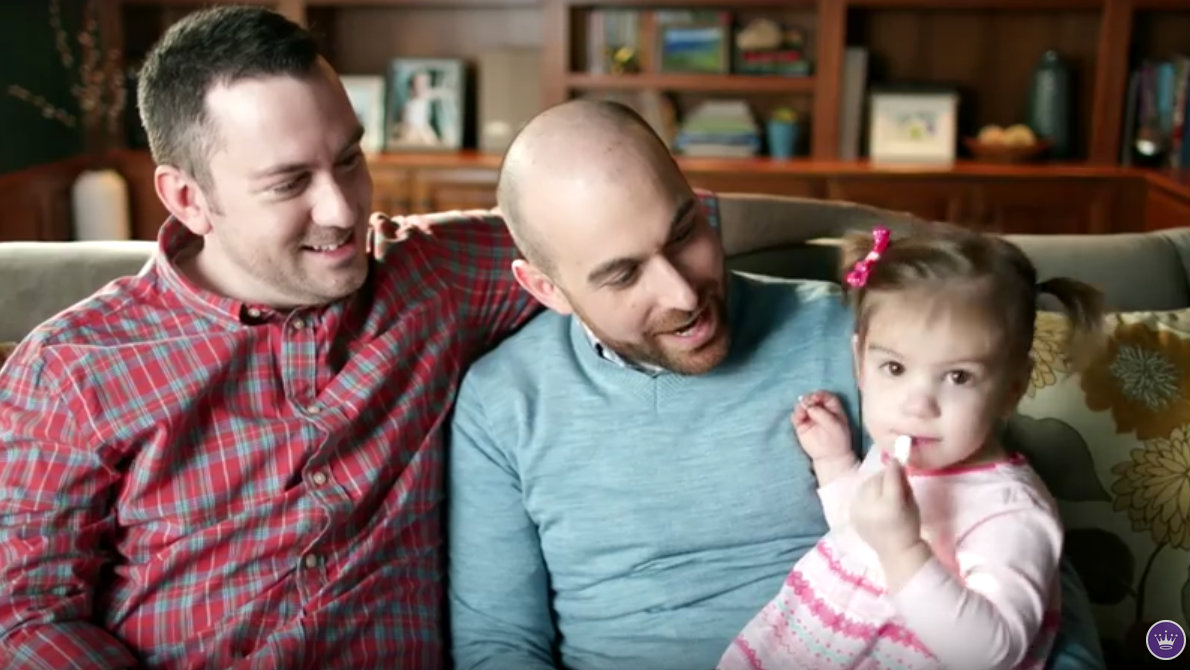 Hallmark is using politics to sell cards this Valentine’s Day.

To advertise greeting cards for Valentine’s Day this year, Hallmark released multiple videos of couples sharing their love stories. Among them: a gay and a lesbian couple.

A week ago, Hallmark kicked off its #CareEnough Valentine’s Day campaign by publishing a series of ads on YouTube.

“How do you know when you've found ‘the one’?” the video description read. “Watch as six different couples share personal backstories about love and what it means to find your ‘person.’”

One of those six couples was Robin and Jason, two men raising a baby girl together.

“I’ll always remember that day when we found out that we were officially pregnant,” Jason began.

Robin chimed in, “It just kinda was like, whoa, we actually did this.”

“We’ve always wanted a baby, and – and that was always a part of our plan, but, you know, as – as two men, it’s a complicated, difficult process,” he added. You don't say.

Robin argued that they had “more than love” as a couple because they had “connected as family.”

While wiping away tears, Robin then read a handwritten note from Jason in a Hallmark card. They concluded with a kiss.

Another couple, LaParis and Karisia, told the story of how they were “smitten” with each other at first sight when they met at a club.

Like Jason and Robin, LaParis and Karisia also exchanged a Hallmark card before kissing.

“You’re just – you’re just my life partner, and, I just, I don’t ever want to know what it’s like to not have that,” Karisia told La Paris.

“It's a little awkward,’ he says. "How do you say, 'I love you, my partner who is a boy and I am a boy also.'" It's about love, he says, and there's no difference between love between gay people and love between straight people.

2015 was the first year that Hallmark released an ad featuring a gay couple for Valentine’s Day.