President Obama showed solidarity with the nation’s No. 1 abortion provider this weekend by expressing that America is “a people who stand up for the rights of women to make their own decisions about their health,” according to a statement that never once mentioned "abortion."

This was part of Planned Parenthood’s National Day of Solidarity Saturday to show support for “access to safe reproductive healthcare, including abortion,” in the wake of the shooting at a Colorado Planned Parenthood clinic. To show his support, President Obama sent Tina Tchen, the Assistant to the President, with a statement. 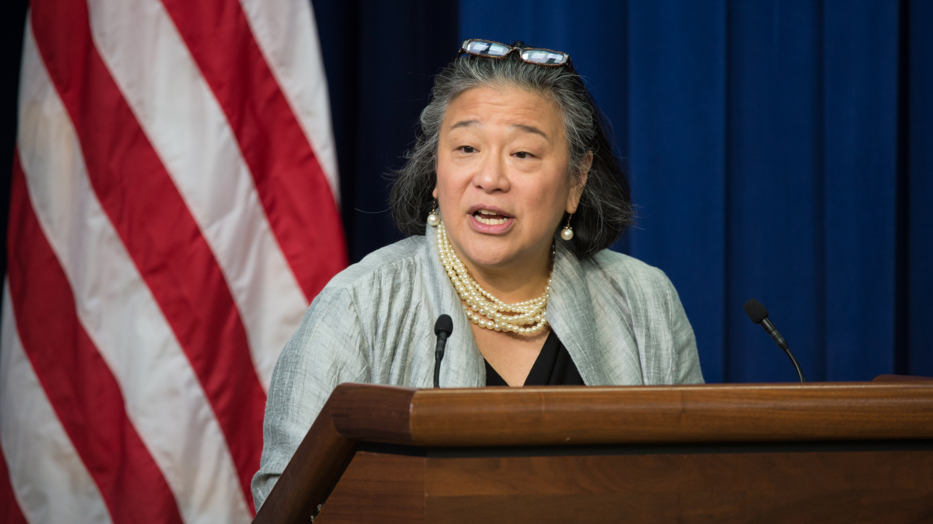 Tchen also holds the title of Chief of Staff to the First Lady and Executive Director of the Council on Women and Girls. She is a former partner with the prominent law firm of Skadden, Arps, Slate, Meagher & Flom and was a “active member” of the National Organization for Women (NOW).

“I commend Planned Parenthood for convening this important event,” Tchen read on Obama’s behalf to the hundreds gathered in All Souls Church Unitarian in D.C.  “I share your heartbreak about the tragedy that occurred at Planned Parenthood’s center in Colorado.”

Citing that shooting, Obama said Americans must refuse to “accept it as normal.”

“Too often these acts of violence are attempts to silence our voices and undermine our most cherished values: freedom, equality, and opportunity,” Obama wrote.

“No woman, no American woman should fear violence or intimidation when seeking healthcare or assisting others in obtaining treatment,” the President asserted. “We are a people who stand up for the rights of women to make their own decisions about their health.”

Obama’s statement continued to highlight the “rights of every single person,” except for the unborn.

“We are a people who stand up for the rights of every single person, no matter who they are, what they look like, or where they come from, to choose their own path and make of their lives what they will free from fear or intimidation. That is who we are as Americans and it is something we’ll never allow anyone to take away from us,” the President added.

He concluded by calling upon God: “May God bless those we’ve lost and may God continue to bless the United States of America.”

Multiple media outlets were in attendance including CNN, WTOP, and an ABC affiliate. None had reported on the president’s statement by press time.