If the media have as much control over consumers’ actions as Larry Wilmore believes, he should be more careful on his own show. 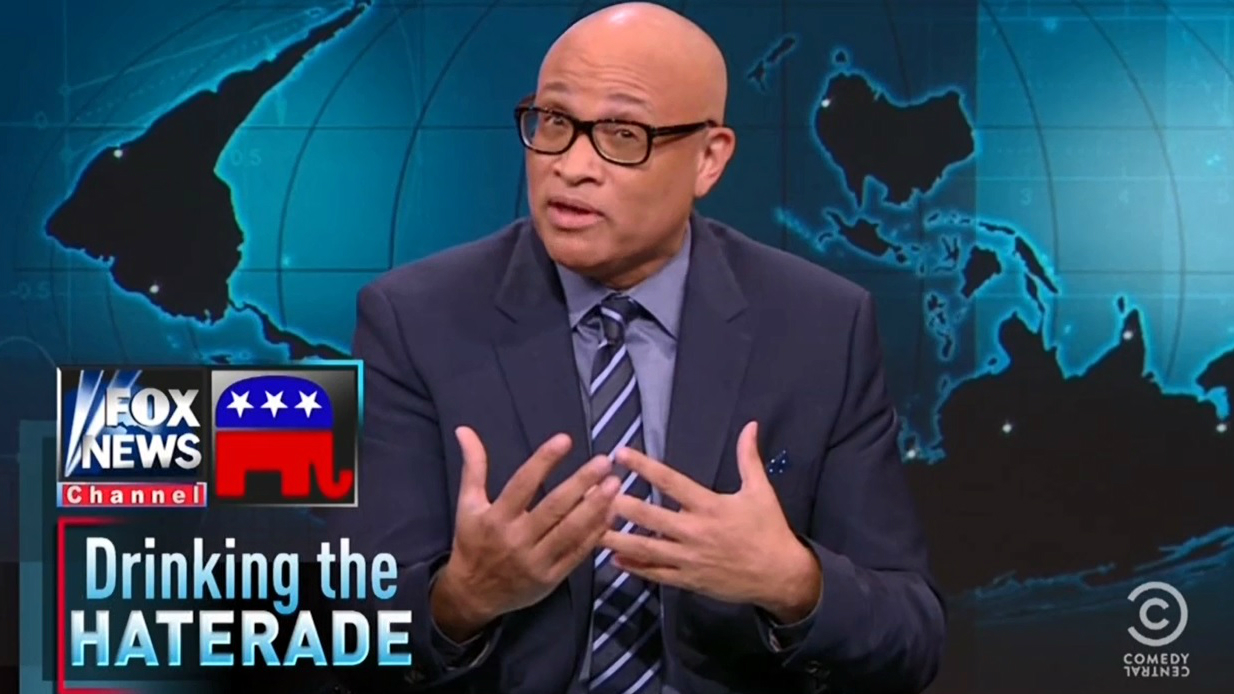 To begin his segment attacking Fox News, Wilmore pointed to a Fox & Friends segment where a co-host asked an African-American woman if she made Kool-Aid, which can be a racially-loaded term.

In response, Wilmore attempted to turn “Kool-Aid” into a Fox News term.

“Fox and the GOP love making up a big batch of Kool-Aid and doling it out like it’s Jonestown,” Wilmore began. “They start by pouring a pitcher of factless accusations, add a splash of fearmongering, and then they just stir up the base.”

As an example, Wilmore pointed to the Colorado Planned Parenthood shooting where the gunman reportedly said, “no more baby parts.”

“‘No more baby parts,’” commented Wilmore. “Okay, now this could be excused as just a nut uttering some crazy thing, but that sounds very specific.”

“Specific” as in Fox News motivated the shooting, in Wilmore vocabulary.

“I mean,” he added, “almost as if it was served up in a nice cold pitcher of Fox and their friends’ Kool-Aid.”

In an attempt to prove his point, Wilmore played clips from Fox news shows of anchors and politicians talking about baby parts, including GOP presidential candidate Mike Huckabee saying, “Rip up their body parts and sell them like they are parts to a Buick” and Bill O’Reilly saying “a dead baby’s head.”

Wilmore saw those quotes as an opportunity to crack a joke.

“I have to apologize to my mechanic who, I thought was lying this whole time, you know,” Wilmore said. “Yeah, looks like your dead baby's head has gotten loose, Larry, sorry. That's what that clanking noise is.”

But back to Fox News and their “rhetoric.”

“Since the summer, Fox and the GOP ramped up their rhetoric about baby body parts being sold to Planned Parenthood: the Kool-Aid. Cut to, a guy shoots up a Planned Parenthood then rants about baby parts,” Wilmore summarized what he saw as a cause-and-effect relationship.

“Now, you guys know what Occam’s Razor is, right? The simplest explanation is probably the correct one? So, do I feel comfortable saying that he was at least partially motivated by the right’s demonization of Planned Parenthood?”

Wilmore is the wrong guy to call out other media outlets, considering that he uses his show as a platform to call “Muslim” the new “black” and “gay” – or joke about “crossfit” Jesus.