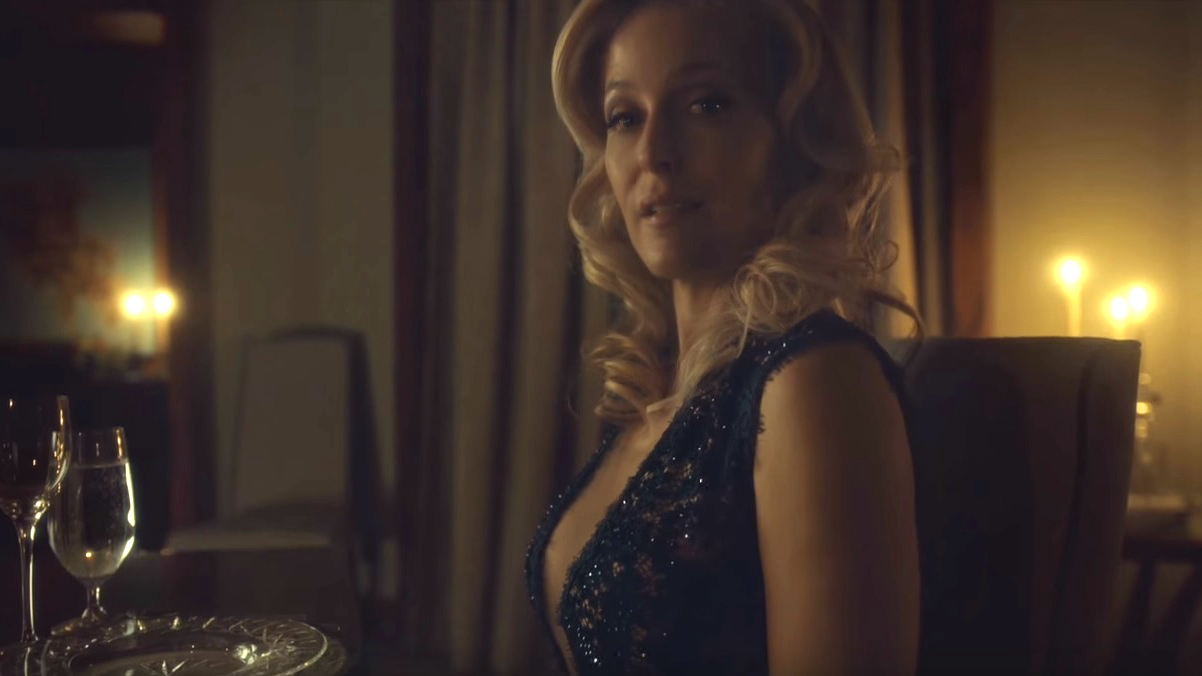 PETA and Hannibal are urging Americans to go vegetarian this Thanksgiving – by comparing turkey to human flesh.

It used to be the joke that a Puritan (aka Pilgrim) was someone who lay awake at night worrying that someone, somewhere, was having a good time. There aren’t many Puritans around these days. Instead, we have the joyless scolds at PETA, and some of their not-so-bright Hollywood pals, trying to ruin the holiday the Pilgrims originated.

The ad shows Anderson sitting at a Thanksgiving feast about to eat her own nicely roasted leg.

“Eating meat,” she says in a seductive (ahem, sickening) voice. “It’s a matter of taste.”

“PETA pal” Fuller commented on how eating meat is the same as cannibalism.

“Writing Hannibal made me realize that human beings and other animals have more similarities than differences,” the deep thinker told PETA. “It had a direct impact on how I view meat and what I put in my body.”

He concluded, “Eating another sentient being is no different than eating another human being, in my mind.” Which is why Fuller’s mind is a dark and scary place.

But hey, what a way to wish viewers a “Happy Thanksgiving!”