One news show finally hinted at the tens of thousands of Americans protesting Planned Parenthood – in relation to arson, that is.

During Evening News Sept. 5, CBS anchor Jim Axelrod reported on a fire at a Planned Parenthood clinic in Washington. 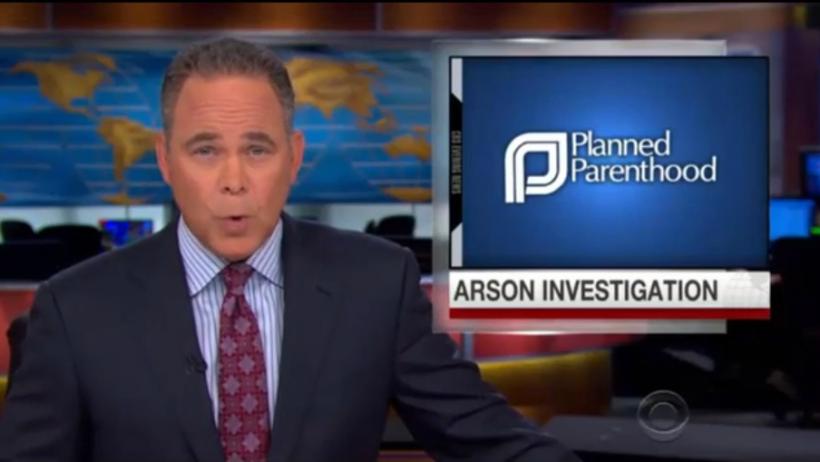 “A fire at a Planned Parenthood clinic in Washington State has now ruled to be arson,” Axelrod began. “The fire caused heavy damage, but no one was hurt.”

To conclude his report, Axelrod ended with the statement: “Two weeks ago today, some 500 people protested at that clinic demanding it be shut down."

Axelrod did not say that this protest had nothing to do with arson, but everything to do with the recent videos exposing Planned Parenthood’s trafficking of aborted baby parts. (Videos which, by the way, his network has refused to report on in the past month.)

Axelrod did not say that this protest held two weeks ago was part of more than 350 rallies across the nation organized by "ProtestPP," a coalition of pro-life groups.

Axelrod did not mention that an updated total of 78,590 Americans attended these rallies – Americans that ABC, NBC and CBS censored from their news shows.

Censored, except for this one report connecting them to arson: