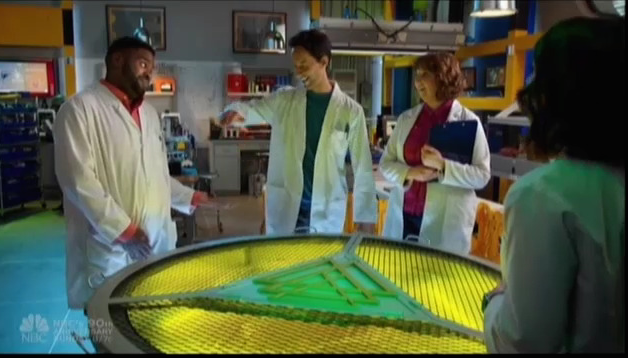 It’s been three months since the election, and liberals still can’t accept they’ve lost. NBC is making sure we won't forget any time soon.

Their freshman comedy Powerless portrays average people living in a world of super heroes. The employees at Wayne Security invent products meant to help the inhabitants survive collateral damage from their battles.

On Thursday’s episode, “Sinking Day,” there was a discussion about how supervillains come into existence. One employee snidely alludes to the “rigged” election Donald Trump won, suggesting he’s evil.

Emily: Okay, Ace Chemicals is gonna be here in a sec. Let's run this one more time. What is the greatest generator of supervillains aside from bad parenting?
Teddy: Being bitten by things.
Wendy: Laboratory mishaps.
Ron: Losing the popular vote, but somehow winning the election.

Trump won the American way – getting the Electoral College votes. Although, we all know if the results were reversed, they’d say the same thing about Clinton. HAHA – now that’s funny!

I wonder if NBC realizes that half the country voted for Trump? Not the best way to attract viewership to a new show.