Uh oh, pop singer Katy Perry seemed to have missed the memo from the Democrat base over the weekend that there would be no civility for Trump supporters after the apparent Biden victory.

Perry, the Grammy-winning pop star, proud Hillary supporter and Biden voter, thought that maybe what America needed after a contentious election was just a little bit of empathy shared across the political aisle. After all, there are nearly as many Americans angry with the media declaration that former Vice President Joe Biden won the 2020 presidential election as there are Americans happy with it.

But as soon as Perry voiced her desire to reconcile with Trump-supporting family members, lefties on Twitter immediately swarmed her statement and denounced her as a supporter of “white supremacy,” and discounted her as someone tainted by white privilege.

Seems like you can’t even forgive your family these days without approval from the mob. Talk about tyranny.

On Sunday November 8, the “Smile” singer tweeted, “the first thing I did when the presidency was called is text and call my family members who do not agree and tell them I love them and am here for them. #FamilyFirst. Call your family today. Happy Sunday,” bringing some much needed positivity to a social media atmosphere polluted with vengeance and hatred for Trump supporters.

The thought of Perry even mentioning civility enraged her more dedicated left-wing compatriots who immediately pummeled her tweet with comments on how much she was aiding and abetting their sworn enemies.

Twitter-verified African-American author L.L. McKinney blasted the singer, tweeting, “Super good to know white supremacy isn't a dealbreaker for you.” Oh yeah, they’re all white supremacists. What a premise! And even that precludes forgiveness between family members? These people are whacko!

British actor Rahul Kohli had a bone to pick with Perry’s status as well. He wrote, “Those people voted for a man who incited violence and didn’t care whether marginalised groups lived or died.” Oh yes, Trump supporters felt nothing as their COVID-stricken relatives died, and BLM never encouraged violence against police officers.

The actor then added that Trumpers should be the “FIRST to apologise” as “that’s the bare minimum before there can be any talk about love and moving forward.” Yes, point them to the specific bare spot on your rear that you’d like them to kiss, please.

Actor Kelechi Okafor tweeted that Perry was “behaving like this was a mere ‘difference in opinion’ and not real people’s lives being destroyed by fascism. very wild to witness.” She then slammed the singer as one of those “white liberals”  who “want to coddle your relatives who mean the rest of the world harm.”

Many of these people may really want re-education camps for Trump supporters, and maybe even for people like Perry who aren’t bloodthirsty enough to condemn their loved ones over politics. To call it unhinged and loony would be putting it mildly. 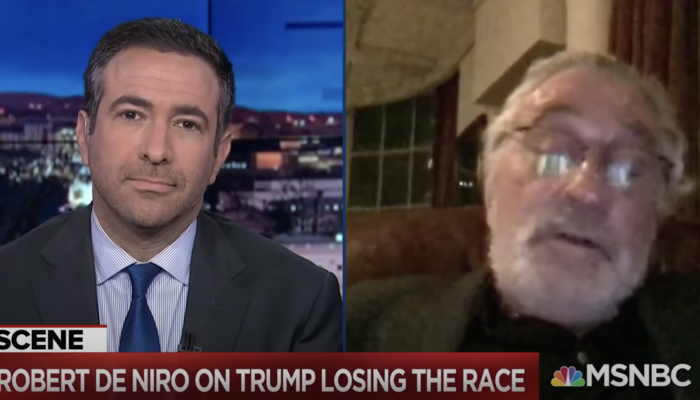 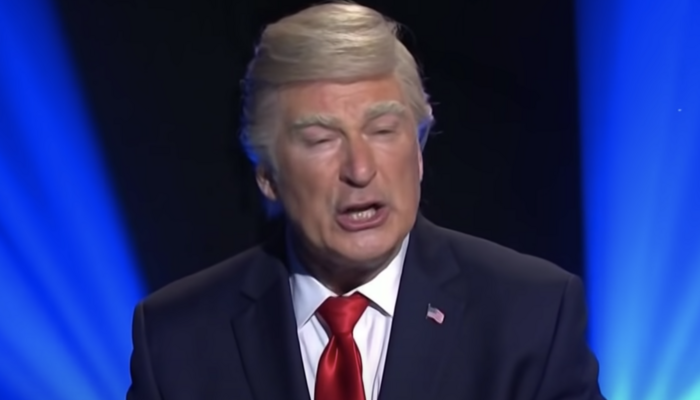 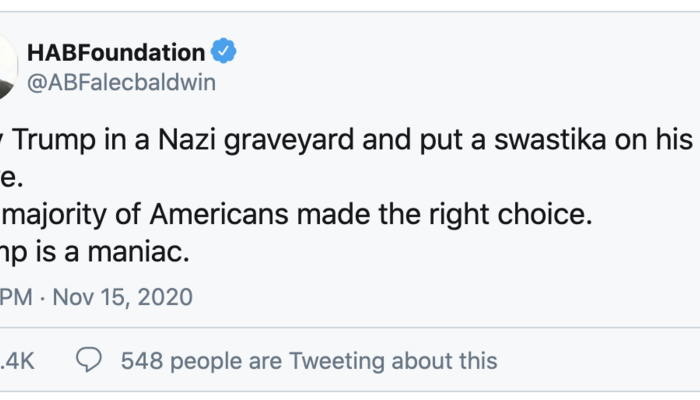 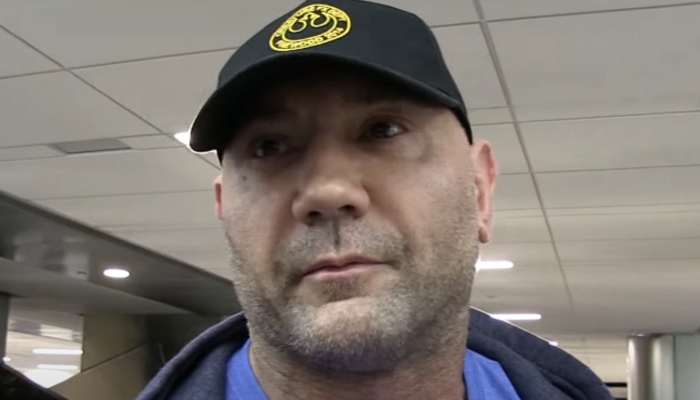 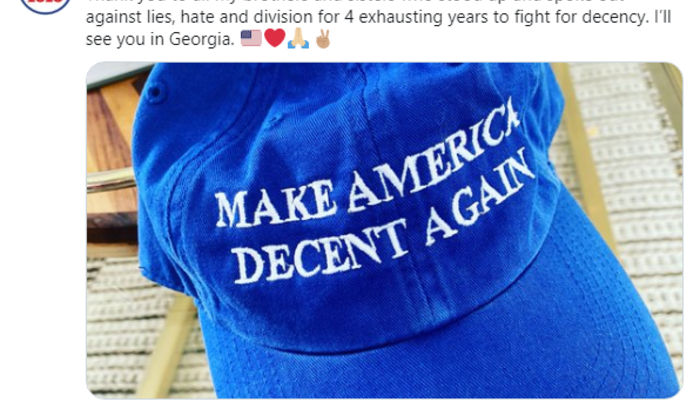 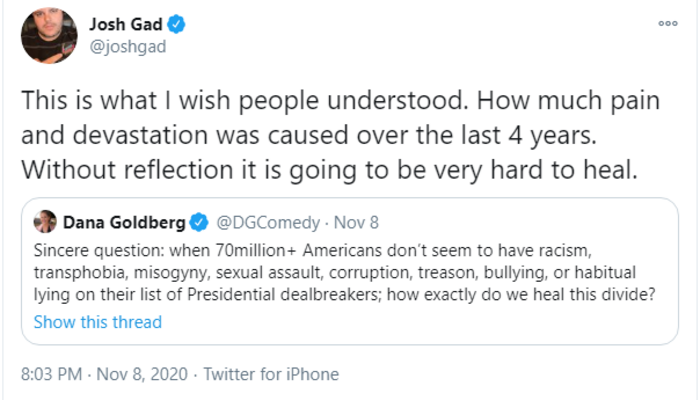 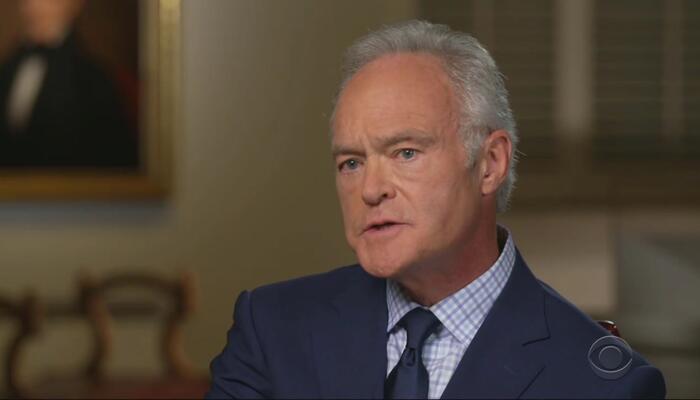 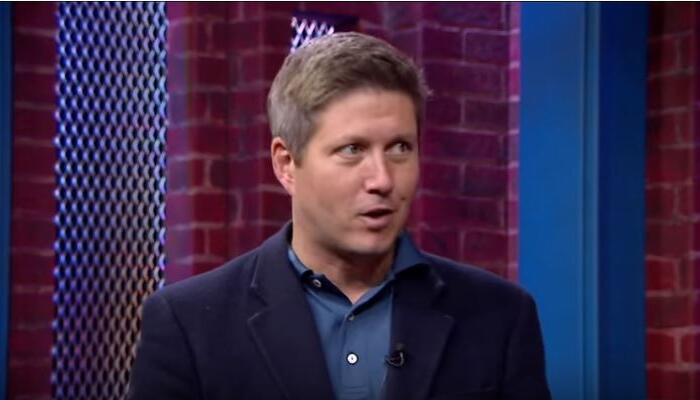 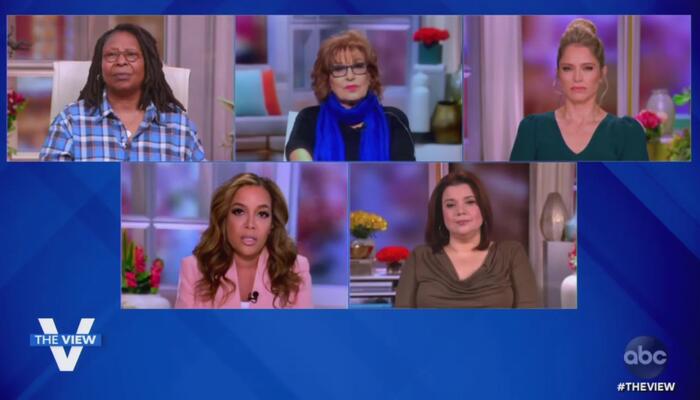 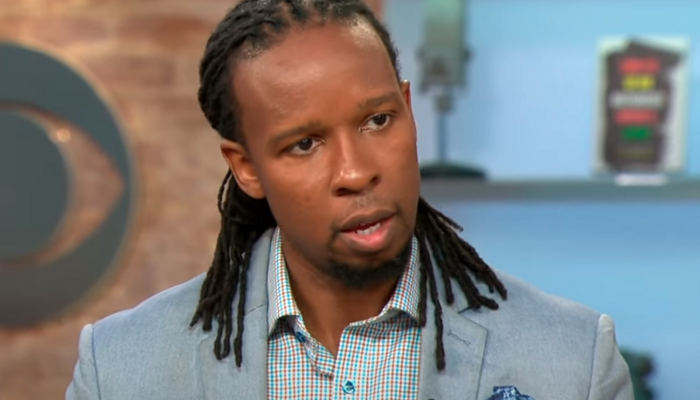 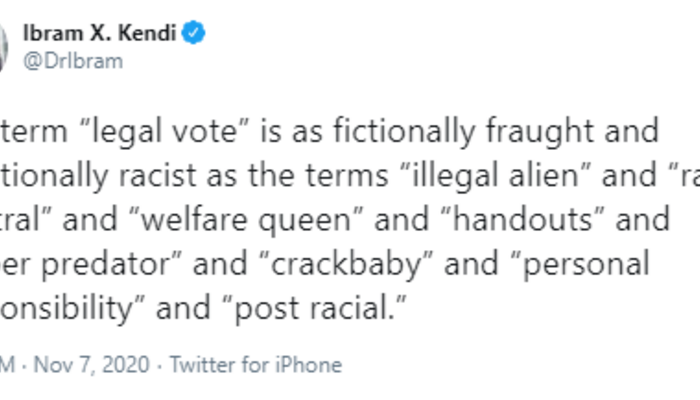