By no means does actress Jodie Foster consider herself a political person and, when pressed, she’ll admit that Hollywood types should not be held by the public to have enlightened political opinions. Still, that doesn’t deter the her from being very anti-gun. And with the subject of “sensible” gun laws in vogue, Foster is using her platform to promote firearm restrictions, because how on earth does a human being even require such a weapon? 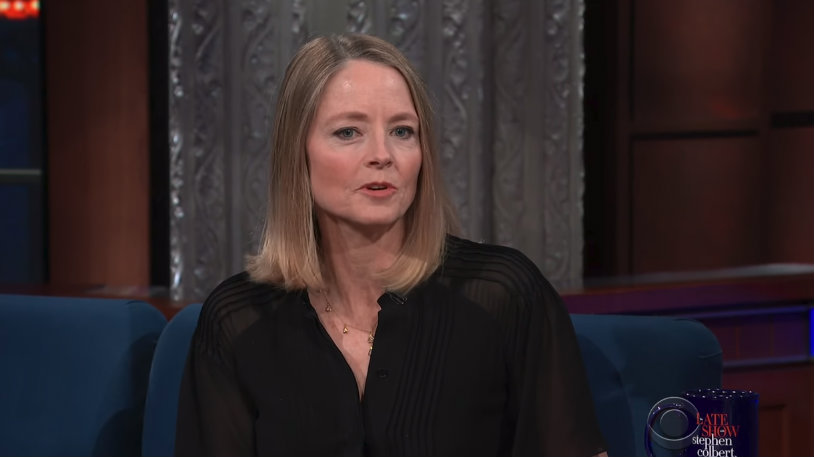 Instead, she’s now suggesting, Americans should give them to the robots.

“Yeah, we are at a dire place in history,” the Oscar-winner told IndieWire in an interview published Wednesday. “I’m shocked that we’re here.” Foster has been a long-time advocate for gun control. Her role in the 2007 movie, The Brave Ones, in which she played a widow who purchased a black-market firearm to avenge the death of her husband, sparked a new conversation about gun rights – with her at the center.

Being the outspoken liberal that she is, Foster didn’t shy away from the debate. That August, the actress came out in support of “common-sense” gun laws. In a 2007 interview with More Magazine, Foster asked, “Isn’t it possible that we all have a little bit of insanity in us? That’s why I’m for gun control.”

“Hunting, I get that -- let’s protect hunting. But I don’t believe that people should have access to life-or-death situations at any emotional time in their life,” she stated. “I don’t really believe that a human being who feels [things] should have the option at their fingertips.”

So according to Foster, humans by nature are incapable of using firearms. This was about a decade ago. But, considering recent shootings at Parkland and Santa Fe High School in Texas, Jodie’s stance on gun control has been cemented.

In 2018, Foster reiterated to IndieWire, “I had a lot of thoughts in terms of the power of the instrument and why it’s so problematic that human beings should have an instrument of death at their fingertips so freely when we are emotional beings.” But she said that she’d be more comfortable “having robots have them.” Robots? Really?

Anyways, Foster restated her point, throwing in a colorful description just to lend some more emotional weight to her statement. “To have sentient beings that are completely and entirely guided by their emotions have the power to use life and death using one kilowatt of energy in a nanosecond is just unfathomable with me,” she added.

Considering such statements, it’s safe to say that there’s a lot that’s probably unfathomable to the mind of Jodie Foster. To say that humans are just emotional beings is an excuse to label all gun users as unhinged. Sure, humans have feelings, but there is sufficient evidence to suggest we are rational creatures as well, who have instituted sufficient training so that the vast majority of Americans can use weapons appropriately, even in tense emotional situations. Still, it seems the actress would feel safer in some alternate Terminator reality where the machines have the only access to powerful weapons. Ah, the line between big budget sci-fi and reality has been blurred. This is why no one should take Hollywood politics seriously.