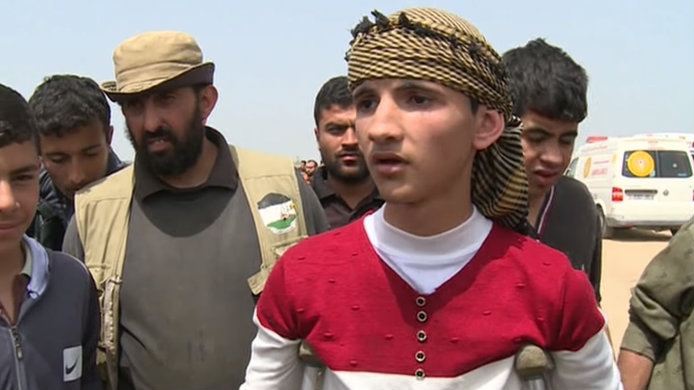 There are 60 dead Palestinians at the Israel/Gaza border at the moment, and Israel has been the one doing the shooting. Sounds bad, right? Well if you’ve got your head up your you know what and follow the narrative of the Washington Post you might be led to believe that America’s ally is encouraging mass murder while we look on smiling.

The Washington Post published a piece on Thursday that was skeptical of the legitimacy of Israel’s defense tactics at its own border. It stated, “Israel has drawn broad international criticism for its alleged use of excessive force and is facing questions about why protests by mostly unarmed Palestinians ended in horrific bloodshed.”

The article seemed sympathetic to the position of “human rights groups” that claim that what Israel is doing is “illegal.” 60 Palestinians have been killed so far, and The Washington Post, like other platforms has been insisting that it’s due to aggression and negligence on the part of the Jewish state. It stated “eyewitness accounts from the demonstrations appear at odds with Israel’s insistence that its military response has been precise, carefully calibrated and intended to kill only as a last resort.”

The Post just left out one crucial detail -- Hamas’s official statement admitting that the most of the dead were terrorists.

Senior Hamas official Salah al Bardaweel claimed that the vast majority of Palestinian deaths belonged to official members of the terrorist group. He stated, “In the last round [of demonstrations] 62 people were martyred; 50 of them are from Hamas and 12 from the people. I am telling you, these are official numbers.”

Oh, and given that it quoted Israeli anti-occupation organization B’ Tselem’s spokesperson Amit Gilutz claiming “Israel is using this nightmare scenario in order to justify the use of live ammunition,” incompetence isn’t a sure bet.

Democracy may not die in Darkness, but Israelis might.