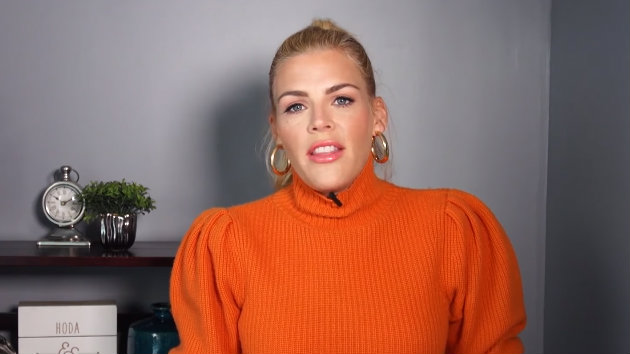 Busy Philipps is set to bring her big pop culture perspective to a new late night show on E! “Who?” you doubtless ask. Busy Philipps is a slightly less known Hollywood actress, who’s used to smaller roles. You might recognize her as a former star of the cult-famous Freaks and Geeks, or you might remember as a campaigner for Hillary Clinton, and that lady who wigged out when she was confused with Sarah Huckabee Sanders in a photo.

The E! Network has greenlit several new TV shows, and Busy Philipps is getting her own late night slot. Touted by many as one of Instagram’s premiere “storytellers,” the actress has been given the opportunity to share her pop culture perspective with a wider audience. However, if you were hoping that maybe Busy had a, let’s say, more refreshing political take, you’ll probably be disappointed.

Philipps political views are par for the course as far as Hollywood goes: typically liberal. Now, no one knows whether her new TV program will dabble in politics, per se, but being a recent Clinton campaigner, and critic of Donald Trump spokesperson, Sarah Huckabee Sanders, the show will most likely take a progressive bend at certain points.

Seriously. When hasn’t a recent late night talk show been a left-wing propaganda weapon? Considering her track record. Busy is perfect for the job.

During the 2016 presidential campaign, the Dawson’s Creek actress embarked on her own personal campaign tour for then-presidential-hopeful Hillary Clinton. Philipps focused her work in Iowa, speaking at Iowa State University, University of Iowa, and St. Ambrose University.

The Dawson’s Creek actress also let her media bias show when a photo of her younger self was mistaken for a photo of a young Sarah Huckabee Sanders. Jon Cooper, Chairman of the Democratic coalition tweeted the photo, stating, “Sarah Huckabee Sanders even looked habitually pissed when she was a teenager! I guess having @GovMikeHuckabee as your dad does that to you.”

Philipps responded to the tweet as if her entire head was doused in gasoline and lit with a match. It was quite dramatic.

“ARE YOU F--KING KIDDING ME? IS THIS A JOKE? THIS IS ME FROM FREAKS AND GEEKS. FAKE NEWS!” She produced five hysterical tweets in reaction to Cooper’s dumb social media error, including one saying, “I AM NEVER GETTING OVER THIS. I AM ACTUALLY DEAD NOW.”

But, of course, Busy had to bring politics into the situation. Her last tweet made sure to remind everyone that it’s not about Sanders’ looks, or appearance, but that she should be criticized for her “lies.” She stated, “ALSO. Pick on a woman for the insane lies she tells. Not cause she looks pissed off while telling them. I love women who look pissed off.”

There you have it. Another Hollywood hack who needs to make sure the world acknowledges her political agenda. She just couldn’t pump the brakes. But lucky satellite TV viewers will be able to get her refreshing perspective about anything and everything in the coming months on E! And when I say refreshing, I mean the same old stale Beverly Hills gossip, and the occasional lunatic progressive talking points.