A day after Wednesday’s nationwide school walkout for gun reform, the child-activists of Marjory Stoneman Douglas high school have released an official tribute song. The new song, titled “Shine” will be streaming from all major platforms, and has received praise and support from celebrities, notably Miley Cyrus. 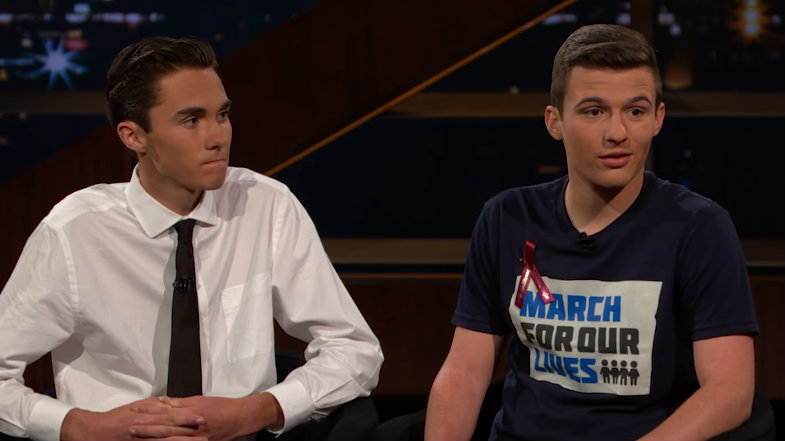 Billboard reported that those participating in next week’s March for Our Lives event in Washington, D.C. “will have a theme song for their action thanks to a just-released recording of ‘Shine.’ Two survivors of the Parkland high school shooting, Sawyer Garrity and Andrea Peña, wrote the song and recorded it with help from the Marjory Stoneman Douglas Drama Department. The song debuted at the CNN Town Hall in Florida, just a week after the tragedy.

Peña stated that “[Garrity] and I used the song #shine as a creative outlet so our voices and the voices of those 17 could be heard and never forgotten.” Proceeds from streaming the song will be donated to the families of those who lost their lives in the shooting.

The lyrics of the song reflect the grief and call to the action that the students felt in the aftermath. Several lines include, “Your ruined this town, you burned all of the bridges, and you slowly let us drown,” and “We, we're gonna stand tall, Gonna raise up our voices, so we'll never, ever fall. We're done with all your little games, We're tired of hearing that we're too young to ever make a change.”

The song seems to be addressing both the actual killer and adults who disagree with the kids’ gun-control demands.

It’s even got a Hollywood liberal hawking it. Miley Cyrus took to social media to show her support for the project, asking her millions of fans to listen and support for the sake of ending gun-violence.

She tweeted to all her “smilers” (fans of the popstar,) “Please support the powerful message of change, unity and healing from student survivors of the #StonemanDouglas shooting. Listen to their song #SHINE http://smarturl.it/ShineMSD  & be a part of the movement to help end gun violence!”

When she’s not twerking or getting undressed, the former Hannah Montana star plays an activist. She was a huge Hillary supporter, an avid Planned Parenthood and Cecile Richards fan girl, and called for gun control in the wake of the Las Vegas Shooting.