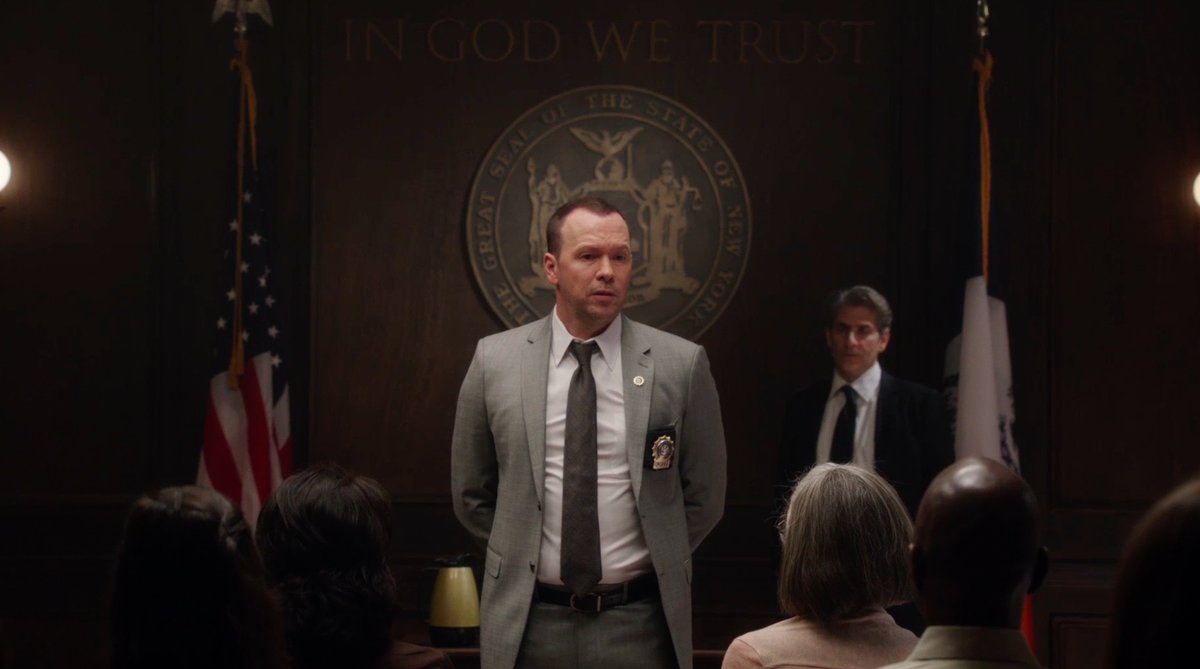 The series opener of CBS’s police drama, Blue Bloods, gave a perspective on officer-involved shootings often overlooked in the current media climate: the police officer’s. The episode, “The Greater Good,” opens with the District Attorney Robert Lewis (Michael Imperioli) reopening an investigation into Danny Reagan’s (Donnie Wahlberg) shooting of an unarmed serial killer. The serial killer’s family has released new evidence in the form of phone recordings, and Lewis is chomping at the bit to assemble a new grand jury.

After every police shooting, Monday morning quarterbacks are quick to hyper-analyze every moment. While proper investigations should be allowed to proceed, and wayward police officers must be held accountable for their actions, what’s often lost in the aftermath is the tense nature of the shooting and the split-second decisions officers are required to make. There is no pause button for real life, no instant replay. Officers must trust their instincts.

“The Greater Good” forces its audience to consider this essential reality with a scene near the episode’s conclusion when Danny Reagan is testifying before the grand jury that will ultimately decide whether he goes to court charged with murder. Standing before the jury, he re-enacts the moments leading up to the shooting and asks whether they too would have fired.

The answer, clearly, was yes as we later learn the grand jury has chosen not to indict.  Meanwhile, as Danny Reagan is testifying about his shooting, series lead and Police Commissioner Frank Reagan (Tom Selleck) is struggling with his own dilemma. The mother of a young academy trainee whose father was killed in the line of duty is desperate to have Frank fail her only son and keep him from following in his father’s footsteps.

“Nobody likes cops anymore,” she explains before leaving, furious that Frank won’t stop her son from becoming a police officer and convinced his decision has signed her son’s death warrant. The scene is an emotionally charged reminder that police put their lives on the line every day, and they don’t always come home at night.

In an interview with Entertainment Weekly, Blue Bloods Executive Producer Kevin Wade said, it’s “more of a challenge than it was two or three years ago to tell stories that revolve around good cops.” When so many shows take the easy way out, portraying corruption around every corner, it’s nice to see Blue Bloods is still putting in the effort to tell good stories.