In the upcoming movie, 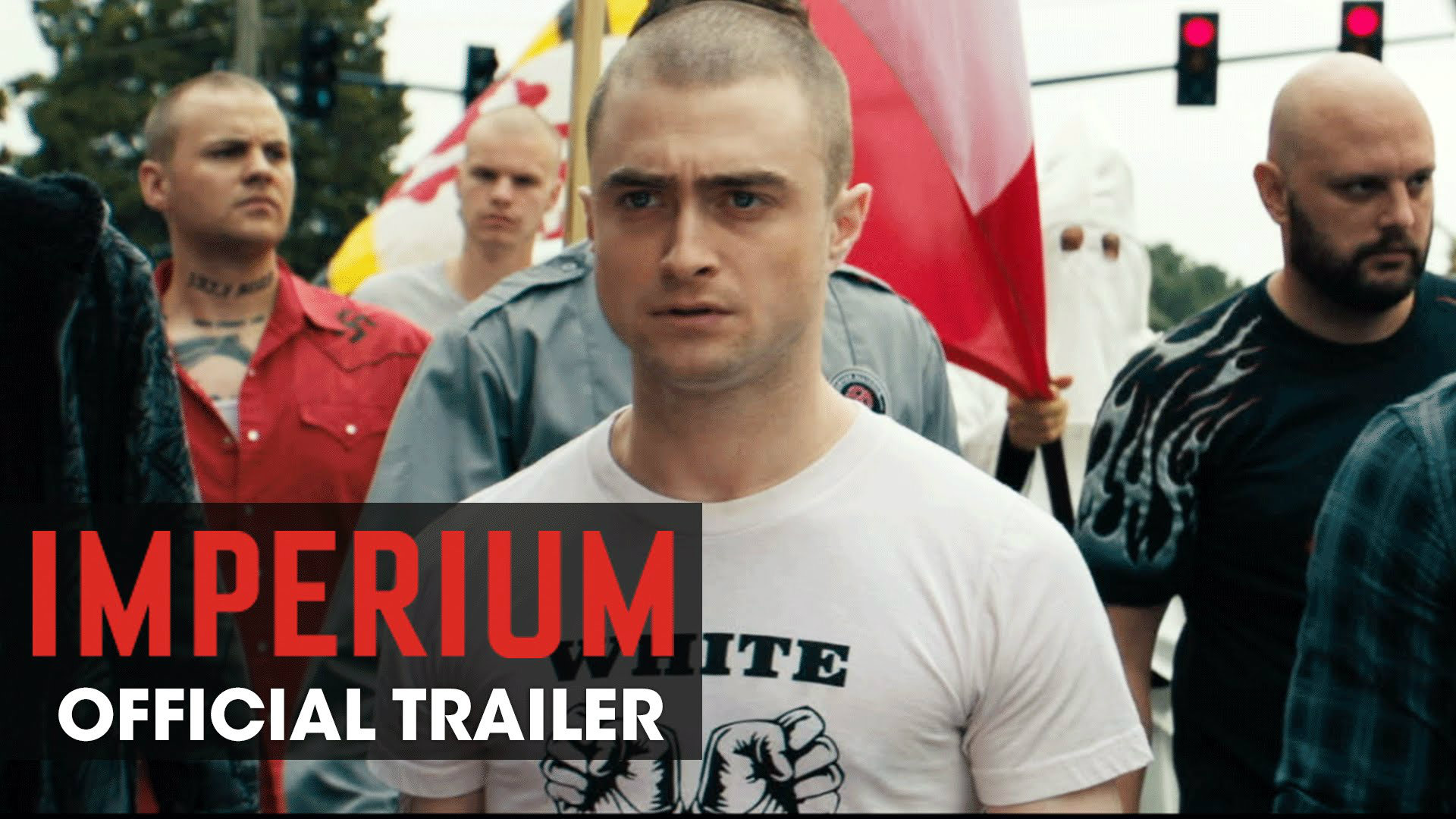 Imperium, Daniel Radcliffe plays an FBI agent infiltrating a neo-Nazi sect. That should be a movie everyone can get on board with: the freedom-loving American versus the oppressive Nazis.

It would be naïve to expect such honest and patriotic themes from Hollywood. As the director, star, and reviewers all note, this movie’s about the “scary” “right wing” – you know, people who vote for Brexit and the enforcement of immigration laws.

Slate and MTV’s review of the movie both call the neo-Nazi sect, a “right-wing terrorist” group.

According to Slate, director Daniel Ragussis said that the movie “was inspired by the recent surge of right-leaning extremism around the world.” In an interview, he explained “ – worryingly –  that the more he learned about the topic, the more timely and relevant it [the movie] seemed.”

Daniel Radcliffe used the movie for voicing his brand of left-wing scare tactics. “Brexit is really scary.” He said (for the first of four times in the interview). For Radcliffe, the “right wing” emphasis on national identity and “patriotism” inevitably lead to terrorism.

“The idea of nationhood is one that I can kind of take or leave.” He explained. (Winston Churchill would be so proud.)

“I am very proud of being English … But people in France aren’t that fucking different. We’re all human beings and that should be the thing that I think is celebrated about us rather than tiny, petulant differences.”

This isn’t just about England and France for the Radcliffe. After repeating how “scary” this all is, he made the inevitable connection to Trump. Then he went back to Brexit, calling it, “the worst kind of nationalism, the worst kind of patriotism, and it’s scary as shit, and a woman was killed!”

As a disclaimer, Radcliffe clarifies that he doesn’t think “our very far right wing party” “incited” the recent murder of British lawmaker, Jo Cox. With that said, he does think if “you spend that much time fearmongering about race and religion and that's going to have an effect sometimes.”

Leftists love to worry about “right-wing” terrorism to distract from the much greater problem, radical Islamic terrorism, and to demonize conservatives. As one professor of history showed this year, the left will invent all the facts they need to justify their own fearmongering.

The leftist association of “nationhood” with violence is also not new. Huffington Post just published an article saying “citizenship” was a form of racism.