CBS’s ‘Blue Bloods’: Every ‘Tribe’ That’s Come to America Struggled, No One Special

Blue Bloods dipped the proverbial toe in the dangerous waters of immigration and border wall building on Friday night, on an episode titled ‘Blast From the Past.’

Early in the show, Officer Jamie Reagan (Will Estes) ran into two Mexican women who traveled to America for a wedding and had their luggage stolen from in front of a fancy hotel. After voicing frustration with what they perceive as the NYPD’s slow movement on the investigation of their stolen bags, Officer Reagan attempts to explain to his partner why the Mexican women are so angst-ridden:

Rosa: That detective is too busy. He's not gonna help us.

Janko: Investigations take time. And it's not his only case.

Rosa: And who cares about a couple of Mexican girls who are gonna be gone in a week anyway?

Rosa: Oh, really? Then what's it like? Maribel is in a really bad situation.

Maribel: Just please, please understand. I haven't even told my family the ring is missing yet. It'll be very difficult for them. It's an heirloom; the most valuable thing they own. It was made by Emmanuel Peralta, a very famous silversmith in Oaxaca. There were times when we almost sold it, but we passed it down instead. It's our history, our pride. My sister's wedding is in four days. I have to get it back!

Reagan: Just sit tight and we'll look into it. Okay?

Maribel: Thank you, officer. I appreciate it.

Reagan: You got it.

Janko: Did you want to pick your jaw up off the ground? Or...

Janko: I don't blame you. I mean, she's gorgeous.

Reagan: What does that matter?

Janko: Admit it, you want to be her knight in shining armor.

Reagan: Hey, listen, even if I was interested-- if-- it's against department policy. Because we go out, something goes wrong, she could sue the whole department.

Janko: But she's only in town for a few days and then she goes home. To another country. Jamie, you could loosen up. Go for it.

Reagan: What are you, my wingman all the sudden?

Janko: No, I'm just looking out for your best interests.

Reagan: I don't think it's in my best interest to go hooking up with complainants.

Janko: Then why did you promise that you would help her?

Reagan: Because Rosa is right. Imagine what it feels like to come here from Mexico. People talking about building a wall to keep you out. Let's show 'em that this is New York City. Everybody's welcome.

However, as do all meaty topics on this great show, this issue prompts a Sunday dinner conversation:

Sean: Did anybody in our family come through Ellis Island?

Sean: I can speak for myself, Mom.

Dad: Hey, she knows that.

Sean: I have to fill out this... Questionnaire full of...

Nicky: I had to do something like that. I should see if I could still find it, save you the trouble.

Frank: Well, since you did do one, Nicky, at least tell Sean how we got over here.

Nicky: Well, if I remember right, I think we kind of snuck in.

Henry: No, we did not sneak in. Your great-great grandfather, my dad, tried to get through Ellis Island twice, but they sent him back to Ireland twice because of an eye condition called trachoma. He finally slipped in through the Port of New York.

Nicky: Slipped in, snuck in, what's the diff?

Frank: The diff is, he came here legally. He just wanted to avoid Ellis Island because by then, they had an eye out for him. No pun intended.

Danny: Yeah, he must have really wanted to come to America.

Henry: Well, like millions of others, he'd heard that the streets were paved with gold.

Frank: But he found out that they weren't paved at all, and he was expected to pave 'em.

Jamie: Still happens, too. Just not to the Irish.

Sean: Are there any traditions that we still do today?

Linda: It's for school.

Henry: As a matter of fact, we're practicing a tradition right now-- having Sunday dinners together. My father used to say that he needed to look into the eyes of all those he loved at least once a week so that he could cut off any real trouble at the pass.

Danny: And what do you see when you look around the table at this bunch?

Henry: Trouble. Nothing but trouble.

Jack: What did you mean when you said it still happens, just not to the Irish?

Jamie: Just the promise of New York, of America, of streets paved with gold or whatever. It's not as simple as jumping off the boat into open arms.

Nicky: Well, what about what it says on the Statue of Liberty?

Frank: Well, that's the promise, but each tribe has had to earn their place here. And historically, they make it tough for the tribes that come after, just to keep it fair.

Nicky: How is that fair?

Frank: Well, fair to themselves, which, in the end, is how most people define fair.

Any regular viewer of this show is more than familiar with the folksy, yet powerful wisdom that comes with a good Tom Selleck dinner table story. This is no exception. Every group, of every race, that has come to this country has struggled. No one is special or exempt.

And the streets weren’t paved with gold. They were paved by pavers. The gold was at the end of the street after each generation did the heavy-lifting. 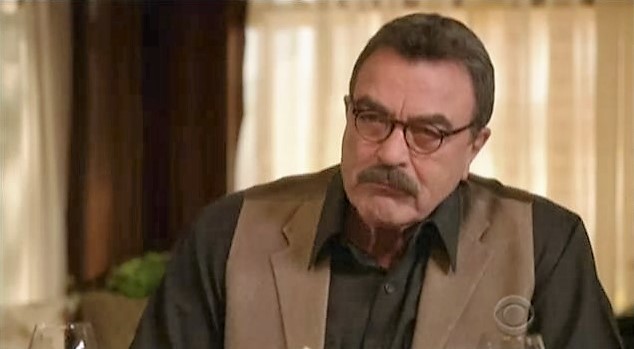 But not before the struggle, not as some kind of reward for being a certain color. Or, out of some kind of duty that the privileged descendants of previous immigrants felt they owed to perfect strangers out of guilt. There was, and should be, no guilt because each “tribe” has paid the same price and had the same opportunities.

I thought that was the American dream? I don’t know. I’m just mad that it’s too late for Tom Selleck to run for President.