Well, you could. But not any longer. Now, you must use whatever pronoun somebody else wants. We are now all supposed to guess who might want to be thought of as another gender. Or, act like idiots and ask gender pronouns of everyone we meet.

Perhaps we need a database, readily accessible from our phones, that lists all the new gender possibilities (a large database) and then you can run down the list every time you meet someone new. “Hello, possibly human person, do you consider yourself a he, she, it, ze, zir, they or some other made up word to express your inner issues?”

Gosh, I wish I was joking. But new pronouns are all the rage. D.C. (which stands for District of Columbia, not the opposite of AC) is now issuing genderless driver’s licenses. CNN reported June 28: “They would become the first people in the United States to choose X as their gender marker instead of male or female on driver's licenses and identification cards.” X, as we all learned in movies, marks the spot. In this case, the spot that is the most gender insane in the U.S.

Lefty media love this craziness. “On May 31, AP released its 2017 Stylebook. The new Stylebook contains changes on the language used around gender, LGBTQ people and ‘they,’ as a ‘singular, gender-neutral pronoun,’” wrote the Washington Blade.

Citylab gave readers “A Guide to Using Gender-Neutral Pronouns” way back in 2015. “Rule No. 1: Don’t assume you know someone’s gender just by looking at them,” readers were told.

For timeliness, there’s an 8-month-old Canadian baby that has no official gender. Let’s look at the loons from Jezebel to explain how insane this is: “The baby, named Searyl Atli Doty, was born in November in a house rather than a hospital and did not have a medical official inspect their genitals to determine their biological gender. One of the baby’s parents, Kori Doty, a non-binary trans person, wants Searyl to discover their own gender—and not having a specific gender on any of the baby’s records is integral to that discovery.”

“Discover their own gender.” Boy, that’s going to be one well-adjusted kid later in life.

The video is important to watch because governments in New York and Canada are working on making mis-gendering someone a crime. Yep, lefty governments are that demented. And the alt-left can’t even agree on how many genders there are -- New York’s 31 or Facebook’s 58? Or some other number bigger than a bread box.

The Refinery 29 video has several people of various genders telling you about gendering terms. One person in the video kicks it off by saying, “Now a lot of you get confused by what to call us.” We then have several spokespeople appear including a, “trans woman,” “trans guy” and “trans person” Trans, we are told, is an “adjective not a noun.” “There are no transgenders here.” But there are in media. Do journalists go to jail over this?

It’s almost as simple as trying to figure out what stupid thing CNN will do next. Which takes us to the rest of our column:

Your Student Loan Could Destroy America: No, I’m not joking. The actual Alternet headline says: “How the student loan industry is helping Trump destroy American democracy.” The subhead is even worse: “Student loan servicers are engaged in economic terrorism, and DeVos is only making it worse.” You aren’t even into the story and the student loan industry has been accused of economic terrorism and helping destroy our democracy. Nice to know there’s no hyperbole at Alternet. Actual quote one (Yes, liberals believe stuff like this.) “However, the untold story of student loan debt in the United States is that it is being used as a form of economic terrorism designed not only to redistribute wealth from everyday Americans to the elite, but to undermine and degrade American democracy as a whole.” Apparently, word has not reached the alt-left that liberals control almost every facet of higher education in America. If you don’t like owing a couple hundred thousand dollars for your ethnomusicology degree, blame them. The article focused on one student who “earned a social sciences degree with the specific intent of pursuing a career that involved helping people and supporting positive change in society.” Naturally, that positive change job didn’t positively pay enough to pay off the loans and the debt grew. Maybe higher education should teach college students a course on contracts and paying off debt before they ever allow them to go to college. Or we can just blame The Man, since that’s easier.

Your Feminist, Sex-Positive Naughty Bits Are Art: Leave it to HuffPost to highlight the lefty nature of strange, nude photos. (Hint: This story is strictly NSFW. Don’t blame me if someone yells at you at work.) HuffPost profiled photographer Marie Tomanova with a subhead claiming, “Her nude photos show no body parts are inherently taboo.” Nothing is ever taboo to the alt-left. Actual quote one: “Tomanova’s photographs are the first thing viewers see when entering the Museum of Sex’s current exhibition ‘NSFW: FEMALE GAZE,’ comprised entirely of erotic work by emerging, female-identifying artists.” That’s a lot: The Museum of Sex and “female-identifying artists.” This is one of those stories that are the internet version of stupid Bohemian poetry at ‘60s coffee houses. The content is so silly that you can just imagine the author trying to pretend it was significant. Actual quote two: “Even amid the recent surge in artwork with a sex-positive and feminist bent, Tomanova’s work feels especially raw, strange and transgressive.” This is almost a cross between Mad Men and Mad Magazine. “What happens when the covert desires of the male gaze are laid bare and served raw?” I think in this case, they do what many of the people in the museum apparently did. They giggled. Remember when art was artistic? Not just shocking? Apparently, few in the alt-left do. 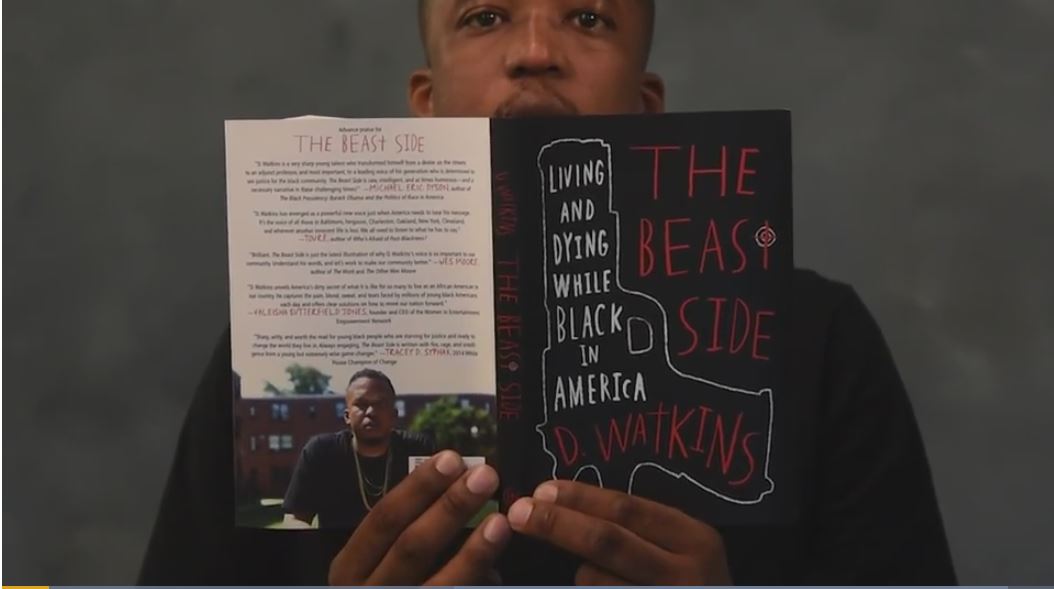 ‘No black person is safe in America’: There’s almost always bizarre stuff buried in the middle of most alt-left rants on race. Salon turned to editor at large D. Watkins, author of The Beast Side: Living (and Dying) While Black in America, for the left-wing take on race. It includes a mix of legitimate concerns and crazy comments. He calls Darren Wilson, “the cop who murdered Brown.” Even though he wasn’t convicted of anything. Then Watkins makes a mainstream liberal argument: “However, if you are white in America, you have an unfair advantage solely based on skin color. So deal with it.” Do liberals ever leave the cities they so love? Have they seen Appalachia or white poverty scattered through the South? Apparently, not. They don’t seem to read even the liberal press on such topics. Here’s HuffPost from 2015: “Who Gets Food Stamps? White People, Mostly.” That’s some privilege. Actual quote: “Before I became a reader, I had no problem breaking a Hennessy bottle across the back of some guy’s head. That type of anger in me was solely attributed to an inability to communicate. It’s the same anger that many officers carry inside them when they patrol the streets, and it’s identical to the rage that burns in the poorest parts of cities.” Then he rants about “our troubled schools, our poor living conditions, and the many racist policies our system has in place.” What he doesn’t tell you that Baltimore, where he and I are both from, has had liberal Democrats in charge for 50 years. That system he complains about is run in nearly every major U.S. city by other liberal Democrats. The “systemic ills responsible for our pain,” as he calls them, belong to the left.