It’s April, but to liberals it’s March. They’ve had the March for Science. Now we get the March for Climate, which is virtually identical to its predecessor.

The alt-left, which apparently has a problem with word meanings, believes science is dogma, not provable fact. To question their beliefs lands you in the internet version of the inquisition. So first, let’s discuss the Scientific Method. (Insert your own important theme music here.) The idea behind it is that scientists/researchers come up with their results, show you the work and then you get to point out problems. But hey, don’t take my word for, let’s try a sciency site.

Science Daily defines it as: “Scientific method is a body of techniques for investigating phenomena, acquiring new knowledge, or correcting and integrating previous knowledge.” It explains the process from hypothesis to results, but includes a key point. “Another basic expectation is to document, archive and share all data and methodology so it is available for careful scrutiny by other scientists, thereby allowing other researchers the opportunity to verify results by attempting to reproduce them.”

That means, the essence of the Scientific Method is to critique flaws you find in science so that science becomes better, more accurate. This is how we know the Earth isn’t flat any more. This is also how we know the Sun doesn’t revolve around the Earth.

The left loves this line of thinking until you get to climate change. Then idiots like our near-miss president Al Gore call you “deniers” for disagreeing with their conclusions. They talk falsely about how 97 percent of scientists say this. It’s not only not true, it’s also meaningless. Science isn’t a popularity contest. Belief is faith, not science.

The alt-left claims to be all sciency. They want you to believe Bill Nye is The Science Guy, not because he is. But because they say so. Hell, he’s a former stand-up comedian. He’s the perfect metaphor for a Hollywood scientist -- all facade with nothing behind it. As Ben Shapiro explained in an excellent piece for National Review, “Who needs experiments and proof when your zeal is religious?”

And that takes us this week to a quick look at the utterly insane women’s publications who claim to be all about science. I can’t begin to mock every one of the sites that does this garbage. So here are a couple of the worst -- Bustle vs. Cosmo. Trying to decide which is worse is like watching an Epic Rap Battle of Stupidity.: 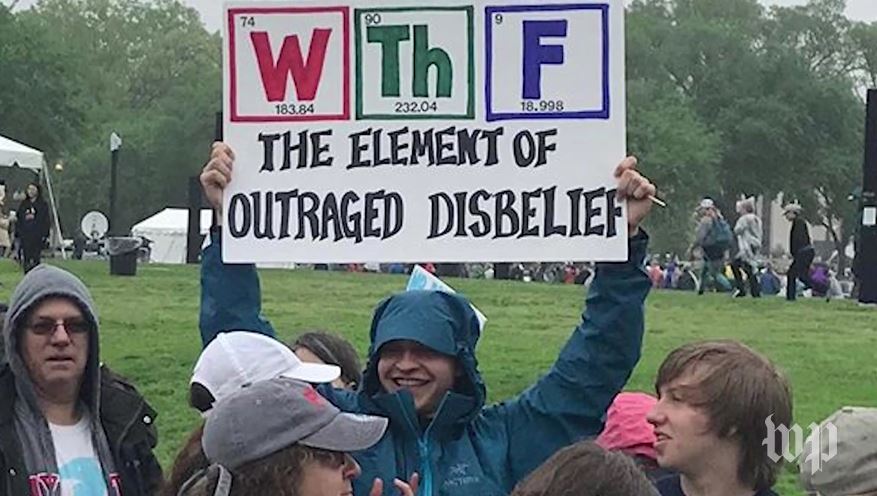 Hey, Bustle! 169,000 Reasons Astrology Is Bunk: Some of the sites aimed at young women are shockingly stupid. Everydayfeminism.com is a laugh riot -- from cultural appropriation to “genital preferences.” Feministing is nuts. But Bustle must be the site for nerdy, moronic millennials. Yes, that’s a strange niche. The nerd piece is obvious. Wonder Woman, The Flash, Agents of S.H.I.E.L.D. all merit bustling coverage. There were nearly a dozen stories devoted to The Handmaid’s Tale. Maybe I missed some. Every geeky TV show gets obsessive compulsive treatment like Bustle pays by the word. For the humorously named March for Science, Bustle had several stories just on how to create your signs: “14 Feminist March For Science Sign Ideas,” “30 Funny March For Science Sign Ideas,” and, “13 Last-Minute March For Science Sign Ideas.” (There were even more.) You’d think the folks at Bustle really cared about science, wouldn’t you? Actually, not so much. The very same pro-science editors don’t believe life begins at conception and treat witchcraft and astrology as legitimate. Bustle warned when Saturn went in retrograde because, “Normally, Saturn is something of a celestial disciplinarian in astrology.” 50 Shades of Saturn? Then there’s “What's The Difference Between Your Sun, Moon & Rising Signs? There's More To Astrology Than You Think.” You mean it’s more than bunkum and silliness? It’s also bogus, too? Bustle’s idiot bosses gave their readers New Year’s resolutions based on their signs and told them, “The Most Compatible Astrological Signs.” Bustle even drew up star charts for Hillary Clinton and Donald Trump to predict who would win. (It was wrong.) Gosh, I just freakin’ love science. 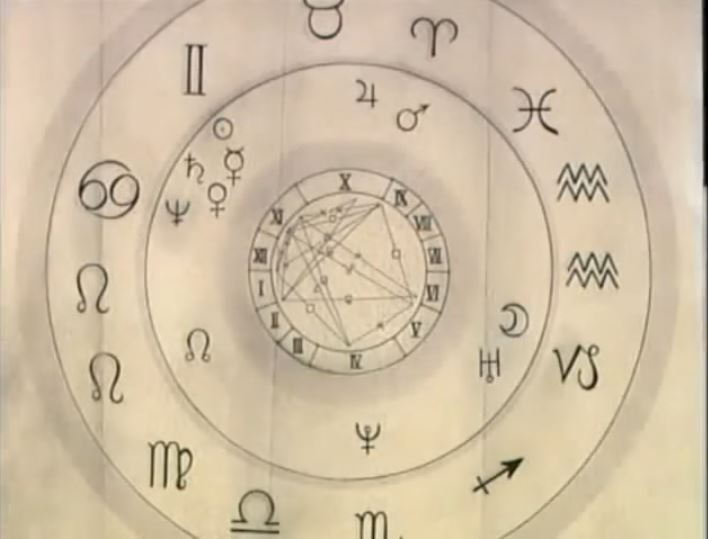 Your Astrology Forecast Probably Says Something About Sex: Cosmo isn’t just a ridiculous publication obsessed with sex, encouraging young women to have a parade of sex partners and genders or maybe both. It’s also a site that expects you to pay enough attention to your stupid sign that it impacts your life. And, as expected, a lot of it is about sex. They’ve got: “What Your Sign Says About the Way You Kiss,” and “12 Things to Know About How Your Sign Affects Your Sex Life.” Actual quote from the Cosmo podcast about how readers can “get real about the nitty gritty details about what your zodiac sign means for your sex life, so you can get under those sheets and rock the bed like a pro.” Sex & Relationships Editor Lane Moore wrote about, “What Your Sign Says About How Likely You Are to Cheat.” Of course, her bio also calls her “a stand-up comedian,” which is appropriate. One of my favorites is: “A Supernatural Smackdown: Astrologers Vs. Psychics.” Actual quote two: “Who says life's not predictable?” Science people, that’s who.

There’s even: “What Kind of Bride You Will Be, According to Your Astrological Sign.” Answer: An idiot, if you rely on this to know. Still, that sciency Cosmo sure was there to cover the March for Science: “Why You Cannot Afford to Ignore Trump's Threats to the Environment.” It begins with this little apocalyptic rant, because science. Actual quote three: “Almost 100 days into the Trump presidency, every day brings a new reason for opponents of the Trump administration to worry. DREAMers are being deported, health insurance for millions may disappear, accessible abortion is steadily decreasing, and we are steps away from war with a number of countries. With so many different dangers on the horizon, it may seem hard to focus on concerns about the environment.” Why don’t you check your signs to see if you should worry?

Rearranging Deck Chairs On The Titanic: Huffington Post has been one of the most reliably left-wing sites out there. Now founder Arianna Huffington has moved on to trying to get people to sleep more. (I’m not kidding, when all she had to do was urge people to read her site. Bada bing, bada boom!) Now she’s gone and has been replaced by ridiculous lefty Lydia Polgreen, who Out described as “the Queer Black Woman Changing Journalism.” As the saying goes, a new broom sweeps clean. The former editorial director for The New York Times Global has now renamed her new site as HuffPost, making it shorter and disconnecting it from Arianna.

She’s also reorganized the sections. Sadly, Astrology lost its section header, but it’s still there. Now they’ve got such neutral topic areas as: “Racial Inequality,” “Police Brutality,” and “Hate Crimes.” Care to bet whether hate crimes against Christians or conservatives are mentioned? Or whether the discrimination inherent in quotas is discussed? Nah, don’t bother. But we do have Polgreen’s new plan: “We’ve got a new name, look and mission ― to tell the stories of people who have been left out of the conversation.” They don’t mean it. If they did, HuffPost would now be covering the 35 percent of America that is conservative like we were something other than zoo animals. She wrote that she doesn’t “buy the caricature that the national press is a bunch of clubby elites.” Perhaps she should read this Politico piece about the media bubble and learn something. Don’t believe the BS about HuffPost changing. The only thing it wants to do is change the views of that 35 percent and turn them left.