Poor Mike Godwin. Godwin is the creator of “Godwin’s Law.” It started as a guide to online discussions, making it clear that the longer a debate went on, the more likely someone was to invoke Hitler or Nazis. The rule grew to include the idea that such a statement ended the debate and the first person to Hitler lost.

Fast forward to 2017 and politics looks like a Producers casting session, with the singing Hitlers in one conversation and the dancing Hitlers in another. (If you were unfortunate enough to see the Mel Brooks remake, I feel sorry for you. Go watch the original.)

Everybody is Hitler. Well, not everybody. It’s Trump. Everybody in the media and on the left are saying Trump is Hitler. (Yes, sometimes on the right as well, but not with the same numbers.) The left thinks calling someone a Nazi, or racist, or Islamophobic, are trump cards. Mic dropping moments where all debate ends.

Only they use them so often they become meaningless. Liberals have been calling Republicans Hitler or Nazis at least as far back as President Ronald Reagan. And every president since. When George W. Bush left office, there were 6 million Google hits comparing him to either Hitler or Nazis.

We’ve got MSNBC nutball Chris Matthews saying Trump’s inaugural speech was “Hitlerian,” a Harvard professor comparing Christians to WWII’s fascist losers and, of course, my own former Gov. Martin O’Malley comparing Republicans to Nazis. Now, the former gov is in his element when he’s on stage and not talking politics. But he’s a political idiot who served as the model for The Wire’s Tommy Carcetti.

That doesn’t excuse the comparison. Because, if all of your opponents are Nazis, or Hitler, then that pretty much excuses anything. Which takes us to this week’s Parade of the Insane. 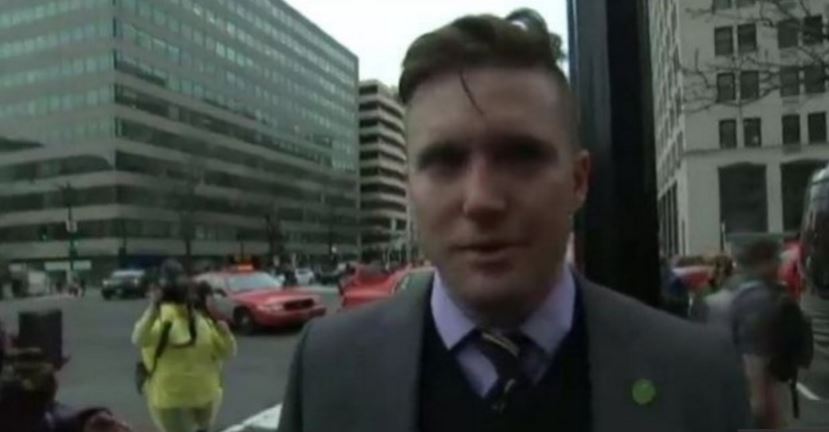 Libs Hate Free Speech, Episode #438,029,193: Punching political opponents is the kind of thing you would think gets relegated to third world nations, brand-new democracies and college frat parties. Not any more. During the insane left wing inaugural protests, white nationalist Richard Spencer was punched in the face. Salon noted that “many find it fun to watch someone who did a Hitler salute on stage get clocked.” The problem with that idea is when your side views everyone who opposes them as Nazis or Hitler, that rationalizes political terrorism. Which is precisely what the left does, like this cartoon from Alternet depicting the attacker as a modern day Capt. America. Salon cover editor Jeremy Binckes (who looks like he is on his way to his very own Bund meeting) tried to make light of a serious and scary topic. Actual quote: “Maybe the question shouldn’t be, ‘Is it OK to punch a Nazi?’ but, ‘If you don’t want to be punched in the face, maybe you shouldn’t preach Nazi values to the public?’” He wrote this after having done his part to preach Nazi values. Because beating up political opponents is precisely what the Nazis did in 1930s Germany. It’s wrong, even when it’s someone awful like Spencer. Because next time it might be you. 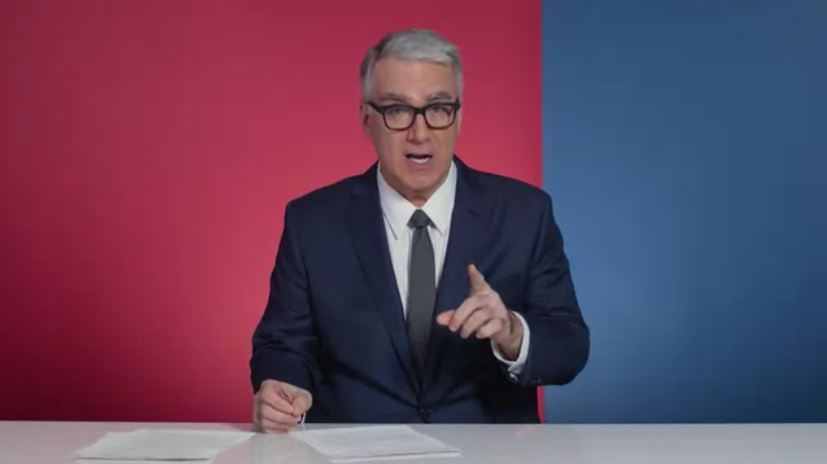 Yes, Olbermann Is Back: There’s something pathetic about a grown man using the American flag as a Snuggie. Yet, that’s the image that tops the page for GQ’s Keith Olbermann online video show The Resistance. (It’s so silly, it conjures up images of South Park’s La Resistance, which has so many dirty words even I’m not linking to it.) Not only is he dragging the flag on the ground, but it adds to the insanity of the whole endeavor. It’s hard to tell if GQ has him there to score political points or more like a cage in the zoo. In this latest spittle-flecked episode, he rails on Kellyanne Conway, counselor to the president. In it, he takes an increasingly popular position with the left to “not interview Kellyanne Con Job.” He then keeps with that theme, urging the press, who probably make up half his online audience, to stop broadcasting Trump pressers, speeches and more. Actual quote; “It is impossible to deligitimize something that was never legitimate in the first place.” He goes on to rant about “democracy being sabotaged by a lunatic president.” Olbermann sings his own praises a lot in this episode, so it’s probably like any night at Keith’s even if he’s alone and watching Good Night, And Good Luck and envisioning himself as Edward R. Murrow.

Those Awful People With Kids: Liberals love to pretend they are nice and tolerant. Until you take a closer look at how they talk in their own world. They love to mock people who live in a “cisgender normative society.” In other words, normal. Another word they deploy to bash opponents is “breeder.” Urban Dictionary calls it a slang term, “used by people of homosexual persuasion to refer to heterosexual couples.” But it’s what liberals would call hate speech if our side used it. “A female breeder is commonly called a moo, and a male breeder a duh.” Yeah, perfectly nice. So when Salon runs, “Thirtysomething, bisexual, single and satisfied: Your breeder friends can’t bear it,” you know the agenda. Actual quote: “If I’m not intentional about how I apportion time and on whom I focus, I wind up spending a majority of my life immersed in a sanctioned heterosexual culture that at best I can’t relate to whatsoever and at worst I find patriarchal and oppressive.” The article is full of alt-left whining about the “erasure of non-conformist identities” and “structural oppression.” Mostly it’s just a long sip of bitter whine as the author copes with a liberal midlife crisis. But it’s filled with left-wing catchphrases and a nice peek at the lefty world.